The keyboard is one of the most frequently-used interfaces on any iPhone, and that’s not just because it’s useful for texting, but also because it’s the one tool you use whenever you browse the web, jot down notes or reminders, or search the App Store for your favorite apps, among other things.

While it’s certainly possible to download third party keyboards from the App Store to replace iOS’ native keyboard interface, you’d be hard pressed to find anything nearly as powerful as what can be had with a jailbreak tweak. That’s because jailbreak tweaks often let you keep Apple’s wonderful native keyboard while still enabling you to augment it in ways that Apple otherwise wouldn’t permit on a stock handset.

KBAppDock is a newly released and free extension by iOS developer Dcsyhi that keeps this sentiment close to the heart, as it effectively upgrades the native keyboard interface by incorporating useful shortcuts at the bottom of the keyboard: 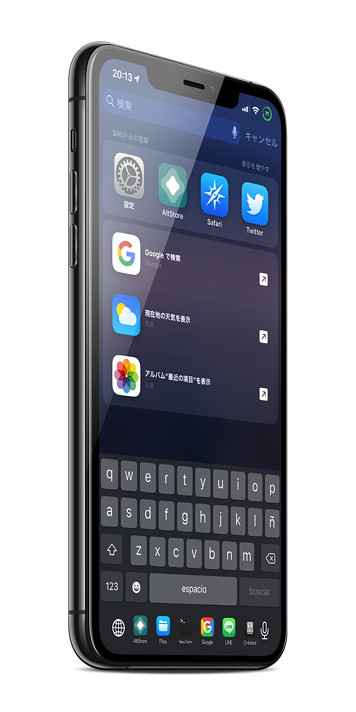 Usually wasted space, especially on notched handsets, this section of the keyboard could do with some upgrading. KBAppDock provides users with one of two different choices for filling the void: 1) incorporate user-selected application shortcuts; or 2) incorporate handy user-selected utility toggles. Here’s a video showcasing the tweak in action, graciously provided by the developer:

Once installed, KBAppDock adds a preference pane to the Settings app where users may configure the tweak to their liking: 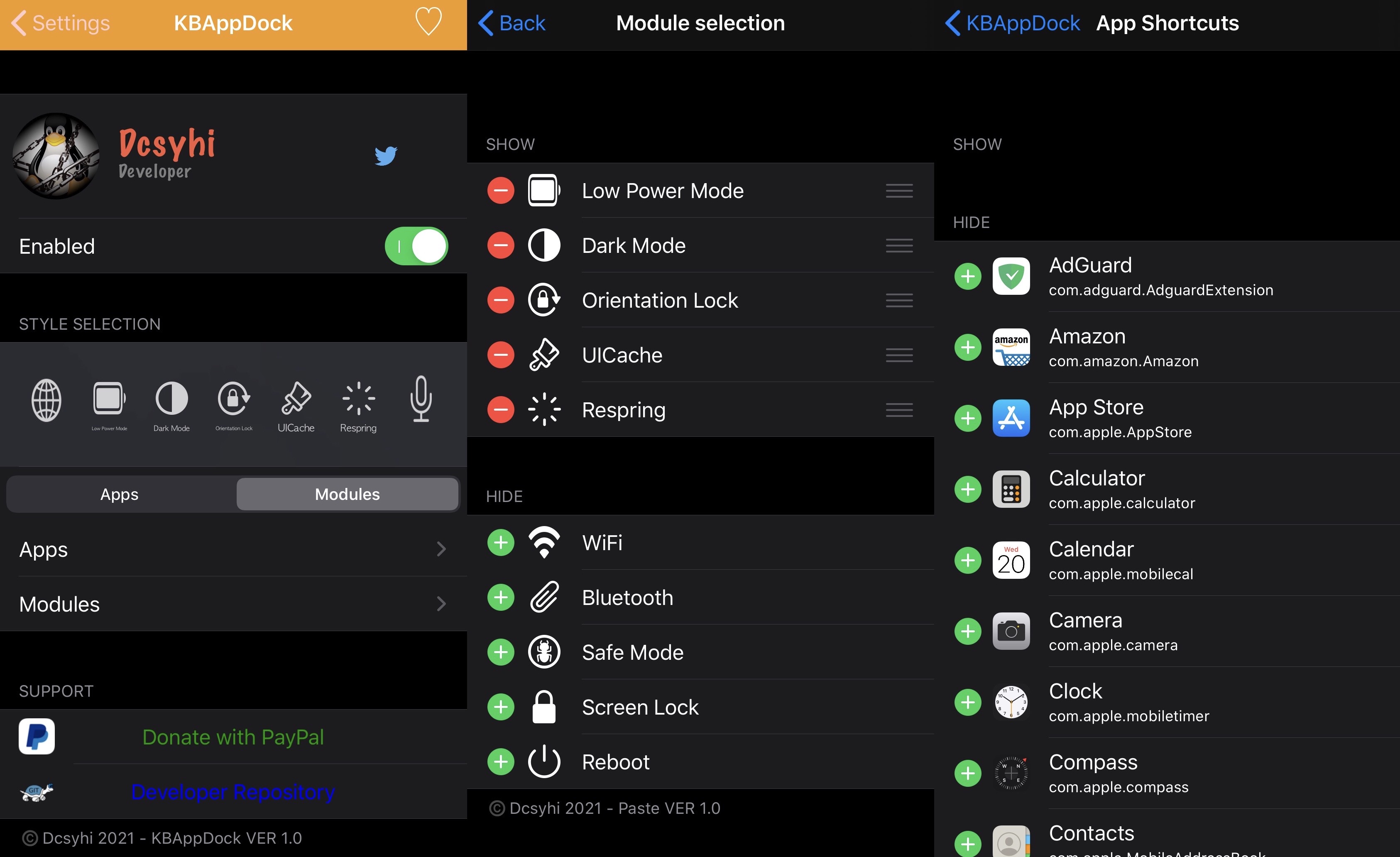 Options here include enabling or disabling the tweak on demand and choosing between having app or utility shortcuts at the bottom of the keyboard. What’s more is that users can choose the shortcuts the appear, regardless of whether they went with app-based or utility-based shortcuts. We’ll talk more about that below:

If you’ve chosen to add app shortcuts to the bottom of your keyboard, then the tweak will use AppList to let you add shortcuts to any of your favorite apps.

At first glance, it may seem like you’d be limited to six shortcuts because of space, but that isn’t the case at all. Selecting more than what would fit will result in a horizontally-scrolling interface so that you can have as many shortcuts as you want.

If you’ve chosen to add utility shortcuts to the bottom of your keyboard, then you may choose from any of the following:

Just like with the app shortcuts, you can add as many as you want, so long as you don’t mind scrolling horizontally to get to them all.

At first glance, KBAppDock appears to make good use of otherwise wasted space on Apple’s part. On the other hand, hindsight shows us that it would have been nicer if the developer allowed users to mix and match app and utility shortcuts on the same keyboard. Instead, users will need to pick between one or the other. It’s a small gripe, but a notable one.

Those interested in giving KBAppDock a try can download it for free from the Twickd repository via any package manager they choose. The tweak supports jailbroken iOS 13 and 14 devices.

Do you have any plans to upgrade your handset’s keyboard with the new KBAppDock, or do you not have a use for this additional functionality? Let us know your position in the comments section down below.