Available in select US cities

This was first spotted by CNET last week.

Normally, when the map shows a city such as San Francisco, Chicago, Atlanta or New York City, users can swipe up from the search bar to find items curated by local newspapers and activity-guide companies, ranging from bike trails to lists of lesser-known restaurants and sights. Now it has guides listed by VolunteerMatch too. 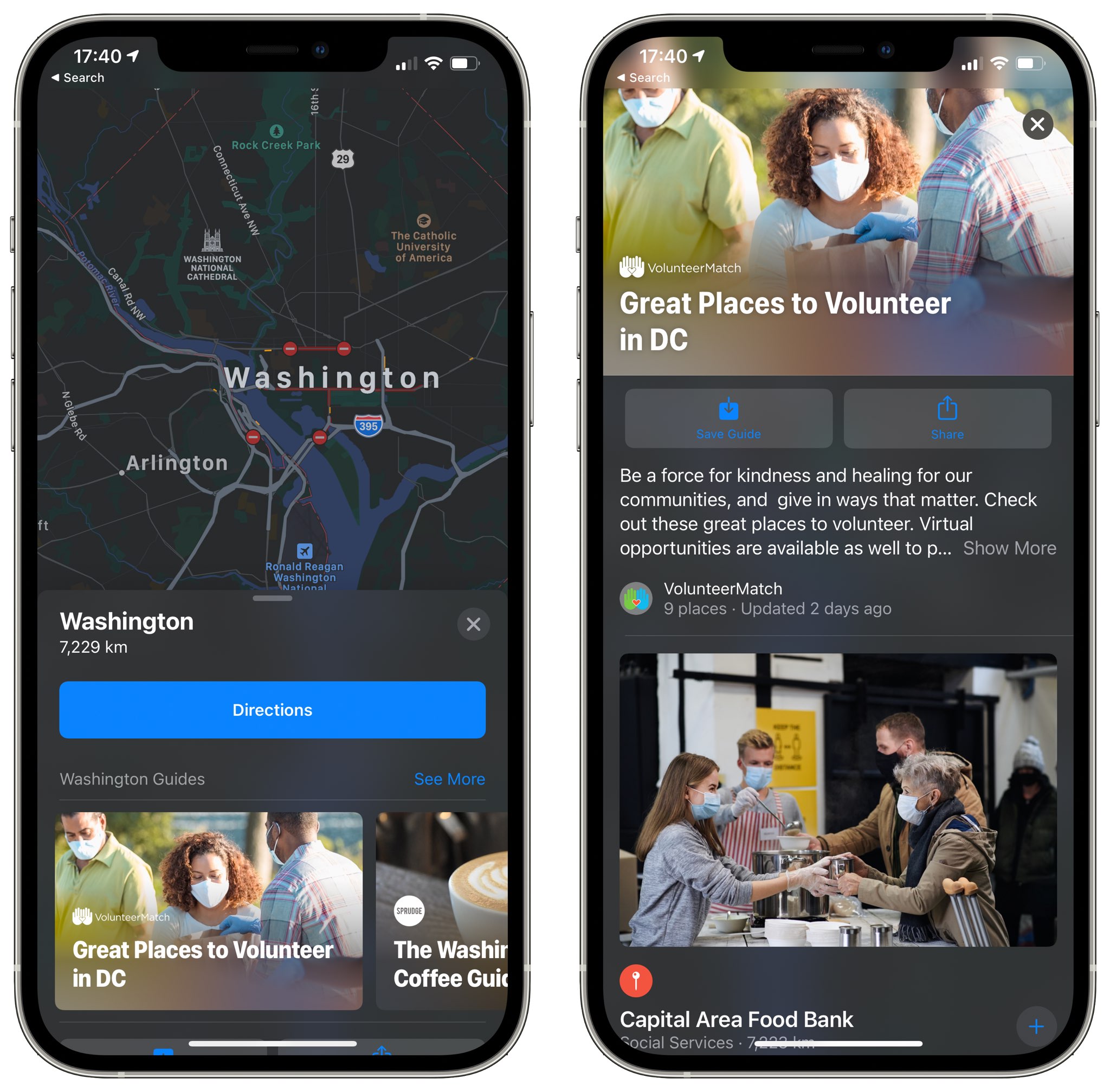 The feature enables Maps users to find nonprofits and locations to volunteer in their communities with the Maps app on their iPhone, iPad, Mac, and Apple Watch.

Apple’s homepage today is honoring Martin Luther King Jr. Day: “True peace is not merely the absence of tension; it is the presence of justice.” pic.twitter.com/BqFKgAiJQn

The listings indicate that people can also choose to be remote volunteers due to the work-from-home restrictions. “Virtual opportunities are available as well to provide support from home,” reads one such listing. To get further details, check the link for each listing.

→ How to use curated guides in Apple Maps

“It will be power infused with love and justice that will change dark yesterdays into bright tomorrows, and lift us from the fatigue of despair to the buoyancy of hope.” — Dr. Martin Luther King Jr. pic.twitter.com/tL0OuO0WTT

The Apple CEO is known for keeping photos of King in his office.