The Apple Investor Relations website was updated yesterday to announce that Apple’s next quarterly earnings for the holiday 2020 quarter will be presented Wednesday, January 27.

This is an important earnings call for Apple as it will include the sales of the new iPhone 12 models. Surveys indicate that all four iPhone 12 models (except for the iPhone 12 mini) are selling better than Apple has anticipated, allegedly prompting it to increase handset orders from suppliers for the upcoming period. The first M1 Macs launched in November to a solid start so it’ll be interesting seeing whether Mac sales grow vs. the year-ago quarter as a result. 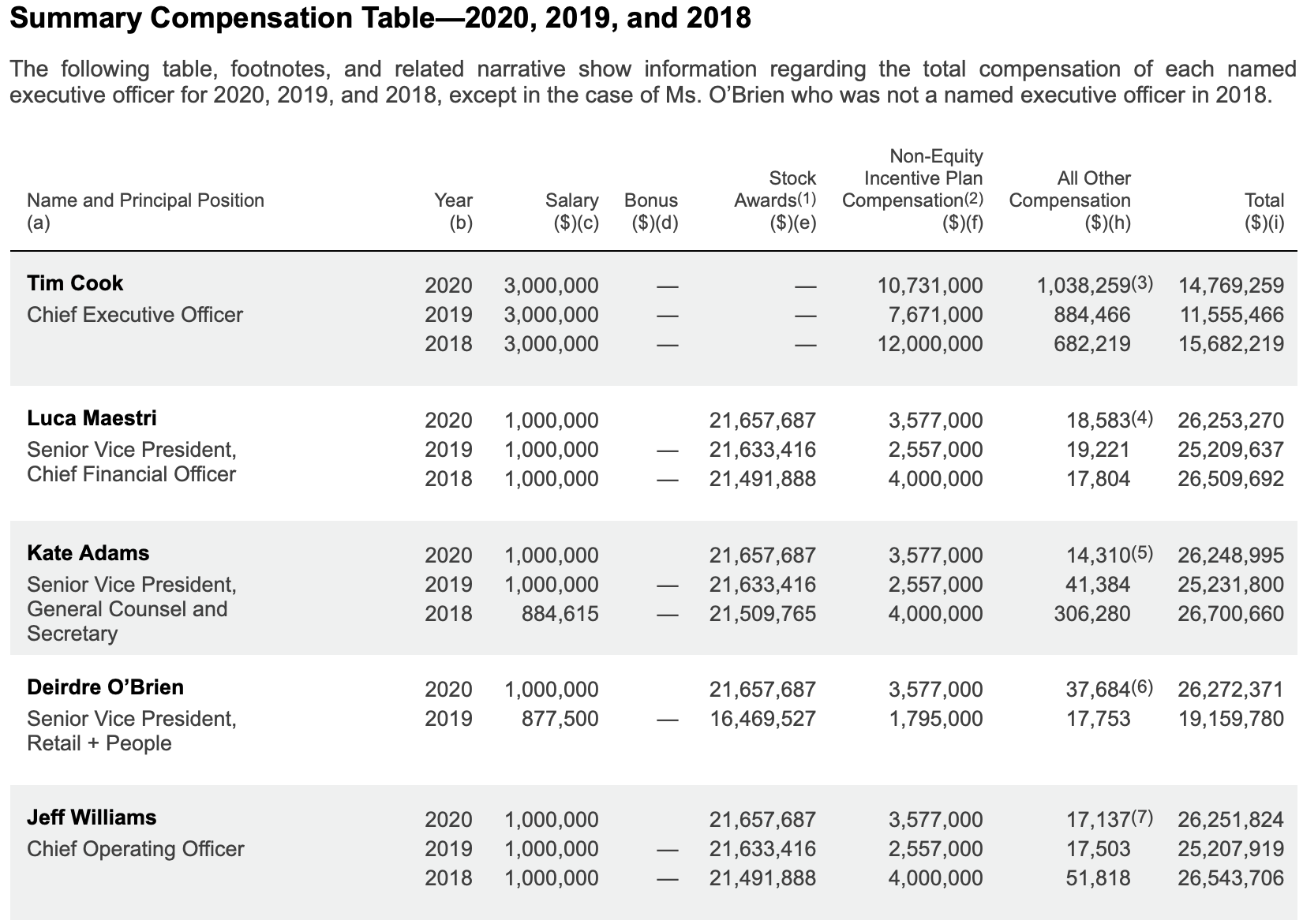 Specifically, Tim Cook’s pay package rose 28 percent in Apple’s fiscal year 2020 to about $14.8 million in total compensation. Although Cook’s base salary remained at $3 million like in the past two years, his non-equity incentive plan compensation rose from $7.7 million the year prior to $10.7 million. “In 2020, Apple’s performance exceeded the target performance goals for both net sales and operating income, resulting in a total payout of 179 percent of the target payout opportunity for each named executive officer,” the company explained in the proxy filing.

Apple’s board of directors said in a statement:

Tim has brought unparalleled innovation and focus to his role as CEO and demonstrated what it means to lead with values and integrity. For the first time in nearly a decade, we are awarding Tim a new stock grant that will vest over time in recognition of his outstanding leadership and with great optimism for Apple’s future as he carries these efforts forward.

In the filing, the Cupertino technology giant reveals that its board of directors has been contemplating potential antitrust risks for the company:

The Audit Committee and Board regularly review and discuss with management Apple’s antitrust risks. Apple’s Antitrust Compliance Officer is responsible for the development, review, and execution of Apple’s Antitrust Compliance Program and regularly reports to the Audit Committee. These reports cover, among other matters, the alignment of the program with Apple’s potential antitrust risks, and the effectiveness of the program’s design in detecting and preventing antitrust issues and promoting compliance with laws and Apple policies.

To refresh your memory, CEO Tim Cook and software engineering head Craig Federighi will have to testify at court as part of Epic Games’ legal case against Apple.

The next shareholder meeting

And lastly, Apple has scheduled its next annual shareholders meeting on February 23 at 9am PT to discuss topics of interest, like board re-electin, ratifying Ernst & Young LLP as Apple’s public accounting firm and voting on shareholder proposals.

Due to the coronavirus pandemic and the current restrictions, the shareholder meeting will be an online conference via the Apple Investor website (you’ll need a 16-digit code included in the Notice of Internet Availability of Proxy Materials to join the meeting). While that may disappoint shareholders who prefer to attend such meetings in person at the Apple Park headquarters, the good news is that the virtual meeting will be open to more shareholders than previously.