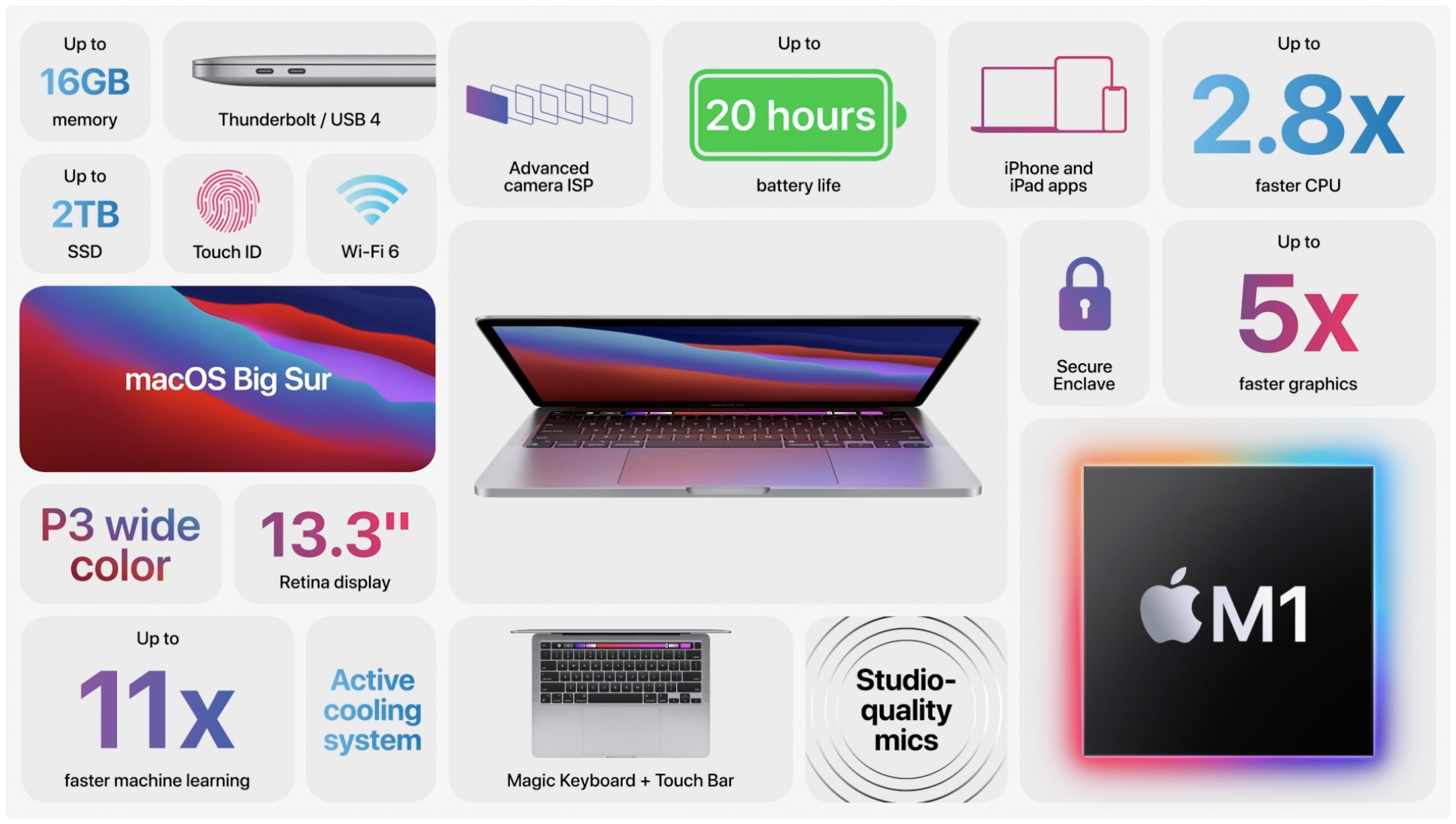 Following hot on the heels of announcing a new MacBook Air and a new Mac mini with the M1 processor, Apple didn’t leave out another laptop.

And, of course, the new MacBook Pro is equipped with Apple’s Neural Engine to help with the overall performance. Along with the M1’s unified memory architecture.

The new MacBook Pro brings new features to the table as well. It offers the same upgraded camera ISP for the webcam, which means it will offer better face detection, and better performance overall. The new MacBook Pro supports Wi-Fi 6, will run iPhone and iPad apps, supports Universal apps (both M1 and Intel apps), and features the Secure Enclave for improved on-device security.

The new MacBook Pro also features improved battery life. Up to 20 hours on a single charge — and Apple says this is the best battery life for a Mac ever. The display now supports P3 wide color, so colors will be even more accurate on the new machine. Speaking of which, the MacBook Pro features a 13.3-inch display. 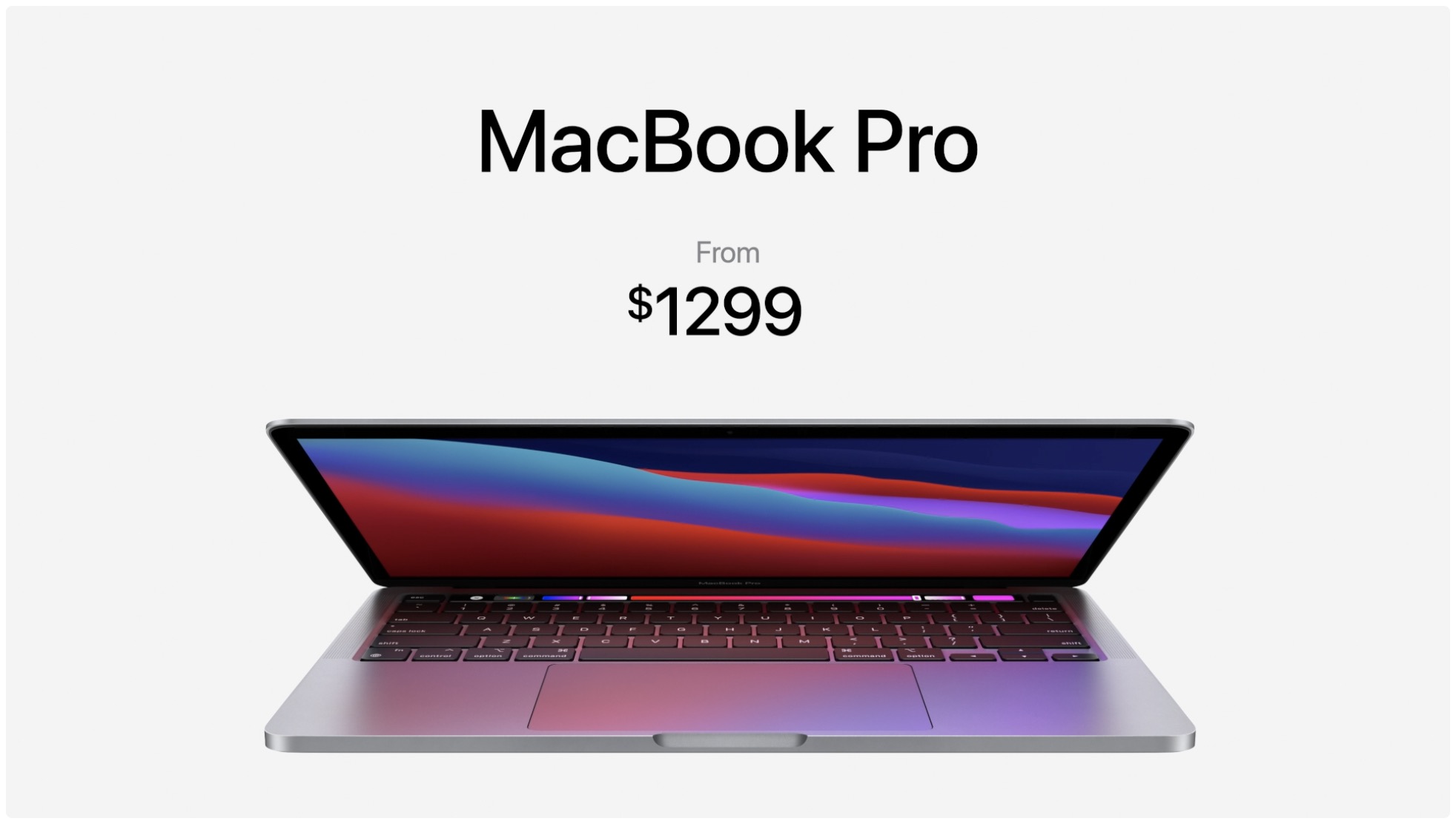 Apple says the new MacBook Pro starts at $1,299 — or $1,199 for education buyers. Orders go live today, and the computer starts shipping next week.