Amphetamine, a popular macOS app designed to keep a Mac notebook or desktop computer awake for a set amount of time regardless of the user’s energy settings and other preferences, won’t be removed from the App Store after all, according to its developer William Gustafson.

iDownloadBlog has featured Amphetamine in the past as part of our roundup of macOS apps for keeping the Mac from sleeping, dimming or showing a screensaver.

According to Gustafson, Apple recently threatened to remove Amphetamine for Mac from the App Store because it shares its name with stimulant drugs. The app’s branding, including the official icon with a little stylized pill in its bottom-right corner, may have bothered Apple as well.

At any rate, an Apple representative reached out to Gustafson to inform the developer that his app appeared to promote inappropriate use of controlled substances. “Specifically, your app name and icon include references to controlled substances, pills,” reads the message.

The iPhone maker argued that the following App Store requirement was breached:

Apps that encourage consumption of tobacco and vape products, illegal drugs or excessive amounts of alcohol are not permitted on the ‌App Store‌. Apps that encourage minors to consume any of these substances will be rejected. Facilitating the sale of marijuana, tobacco or controlled substances (except for licensed pharmacies) isn’t allowed.

“It is apparent that Apple is indeed paying attention when reviewing apps and not just blindly approving apps without a real review,” Gustafson reacted. “Not once has Amphetamine’s name or icon been called into question despite 41 app updates/submissions to Apple for review.”

Apple told Gustafson it would be removing Amphetamine from the Mac App Store‌ come January 12 of this year unless changes were made to the software. But after Gustafson filed an appeal, Apple’s App Review board has decided to not yank Amphetamine out of the store. 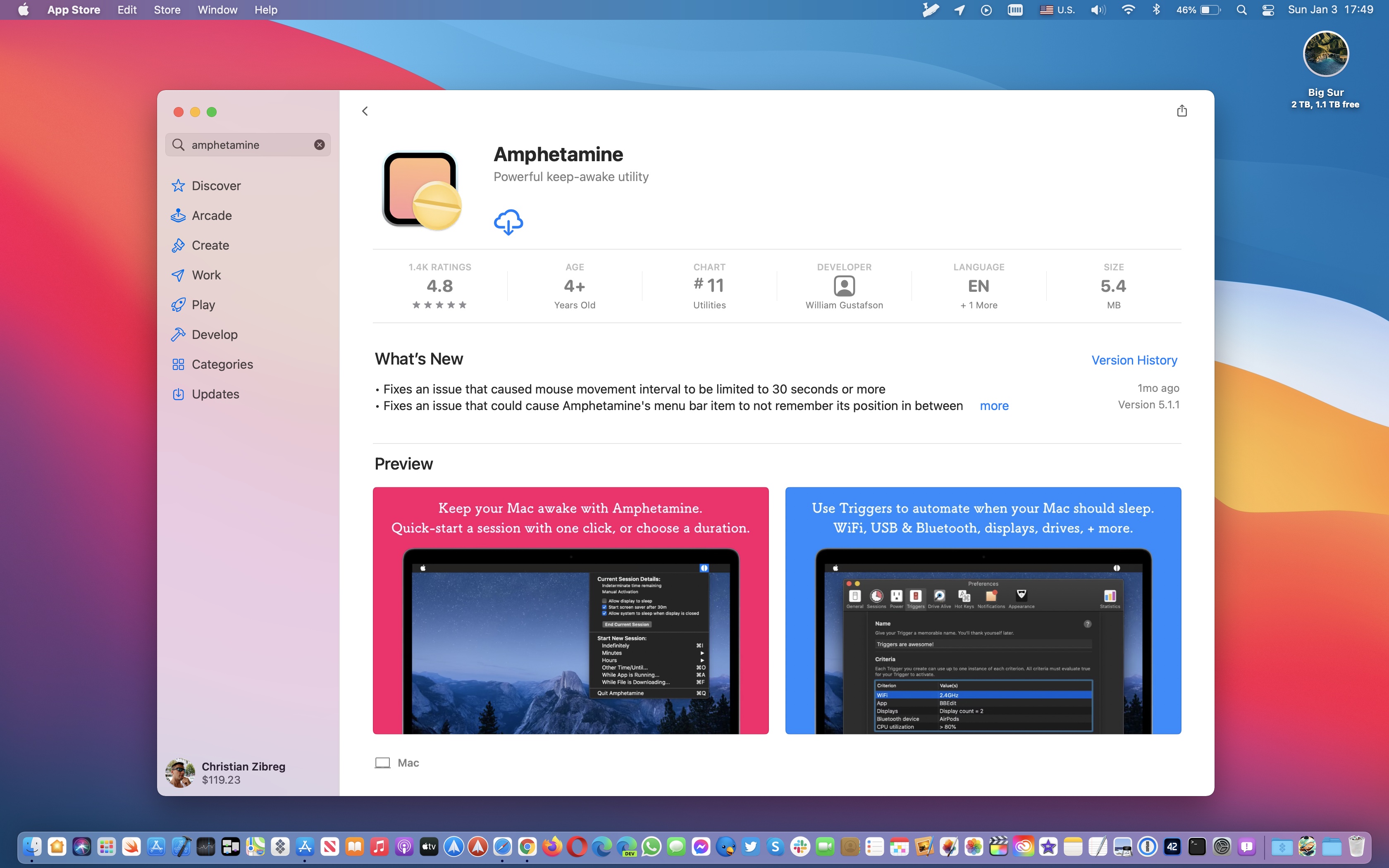 Just got off a call with @Apple. Appeal accepted and Amphetamine will remain on the @AppStore. Thank you all for your comments, opinions, and action. We may not all agree, but I am happy we all still have the freedom to express ourselves today. ❤️ pic.twitter.com/PV7eB9aUfn

Amphetamine is a highly-popular Mac app with more than 1,400 reviews on the App Store that the iPhone maker itself promoted with its own editorial on the Mac App Store. To me, this is a human error on Apple’s part. Either machine learning on the App Store backend was confused and flagged Amphetamine for review due to its name or some overzealous but inexperienced reviewer who isn’t familiar with the app at all has suddenly decided that it breaks rules.

Amphetamine is available for free in the App Store.