“Free Fortnite” is the rallying cry Epic Games has been calling out for months now, trying to get people to listen to their demands. Apple (and Google) pulled the massively popular battle royale game Fortnite from their digital storefronts earlier this year (due to actions on Epic Games’ part), and, ever since, Epic Games has been trying to force Apple and Google’s hands to get the game back on those platforms.

Apple and Google both removed Fortnite from the App Store and Play Store, respectively, back in August of this year. Since then, Epic Games, the publisher and developer behind the title, has been pounding all the drums it can to try and get both companies to change their digital storefront policies in one way or another. Epic Games even launched the “Free Fortnite”, including a hashtag, effort back in August, too. It started with a tournament that offered “anti-Apple” prizes for winners.

Epic Games has turned things up a bit and gone on the offensive yet again, opting to send press kits –what we’re calling loot boxes, because Fortnite— to influencers to try and drum up some attention. As you can see from the tweet below, shared by Greg Miller of Kinda Funny Games, there’s quite a bit going on in this box. 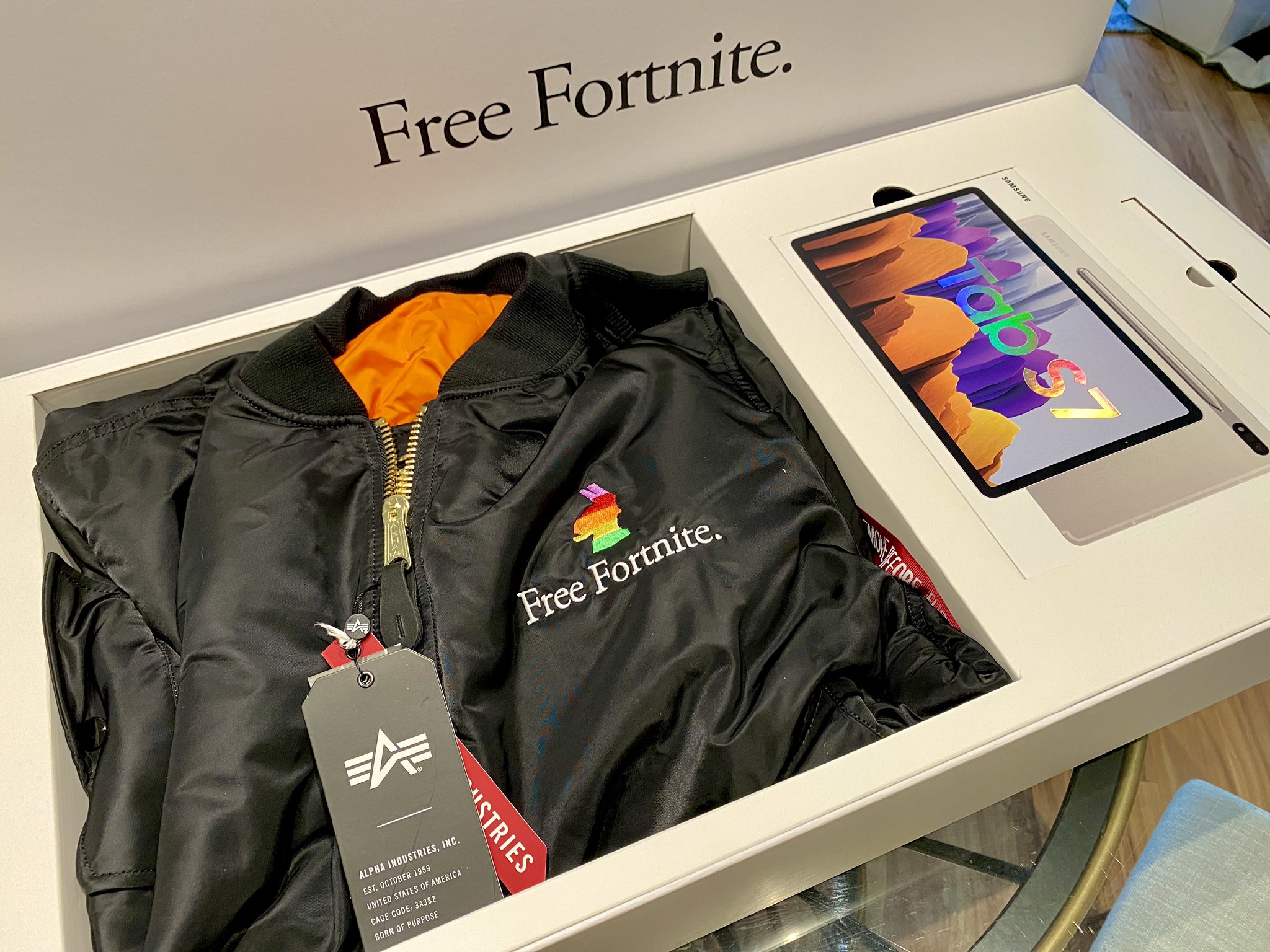 It starts with a “Free Fortnite” jacket, which includes the “loot llama” of the game in Apple’s familiar rainbow coloring. But that’s not all. Oh no, Epic Games also included a Samsung Galaxy Tab S7 — a tablet that’s meant to be an iPad competitor. Epic Games also included a letter that reminds influencers that Fortnite isn’t available in the App Store or Play Store, but it is available in the Samsung Galaxy Store.

It also suggests that influencers should “spread the word”.

This is quite the move! And, technically, Miller is “spreading the word” by sharing this on Twitter. So that will probably be enough for Epic Games, even if some of these influencers might not go out of their way to actually praise Epic Games for anything.

In any event, it’s just one more move on Epic Games’ part to try and drum up support on its behalf. We already know that Tim Cook and Craig Federighi have been ordered by a judge to testify in the legal battle between the two companies. And the court battle is set to resume in May of next year.

And here’s the official timeline of how we got up to this point: