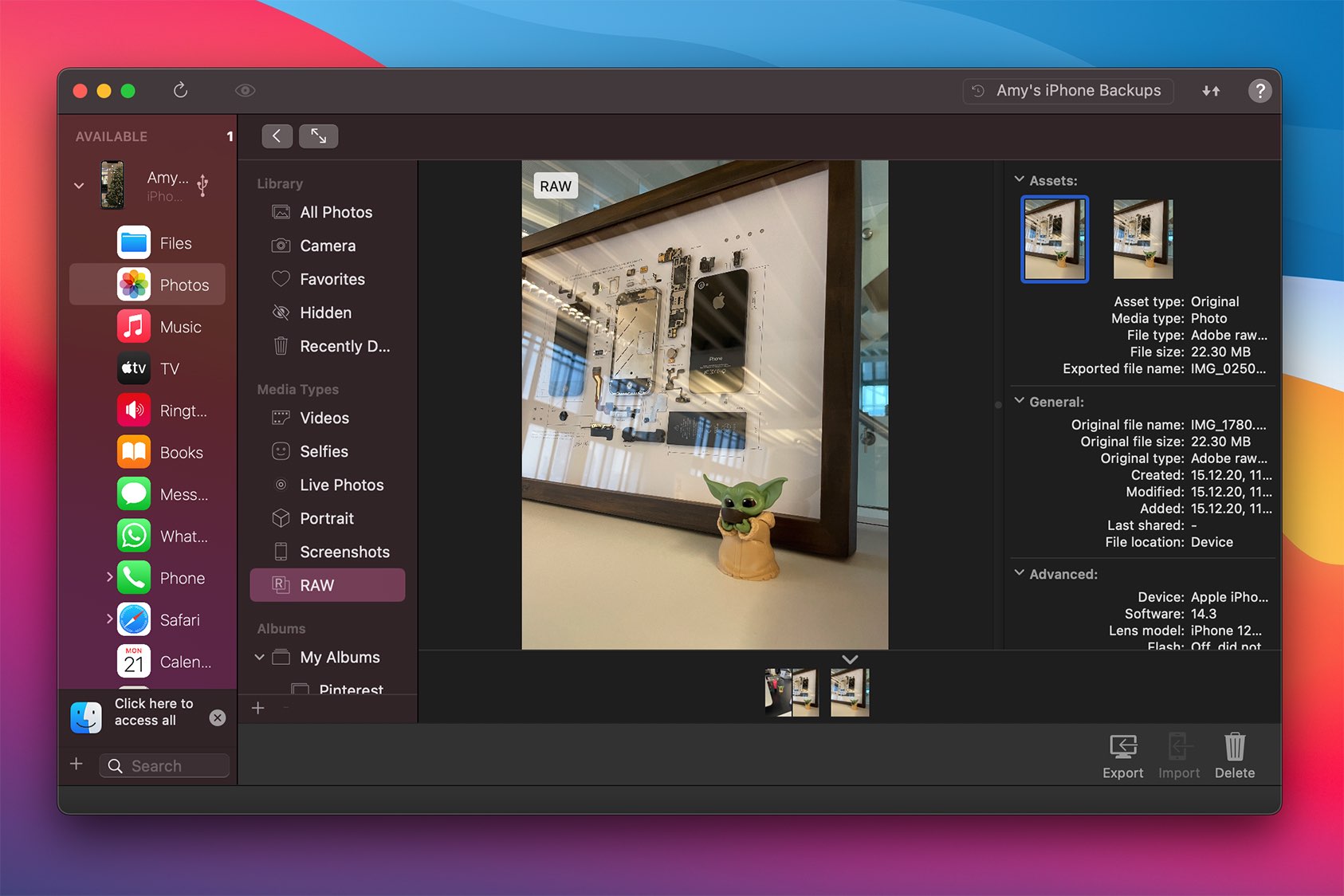 With iOS and iPadOS 14.3, released yesterday, we got a new file format for our iPhone photos: Apple ProRAW. While you can edit ProRAW photos in the stock Photos app, third-party ones like Adobe Photoshop have yet to be updated with support for the new format. That being said, iMazing wasted no time having implemented ProRAW support in its 2.13.2 update.

With iMazing 2.13.2 or later, you can browse and export your ProRAW photographs from day one using both macOS and Windows versions of the app. “With ProRAW, photographers can leverage the benefits of the RAW format and still enjoy the advanced computational photography capabilities that Apple’s unique integration of software and hardware enables,” developers noted. Besides, iMazing now runs natively on Apple silicon Macs. 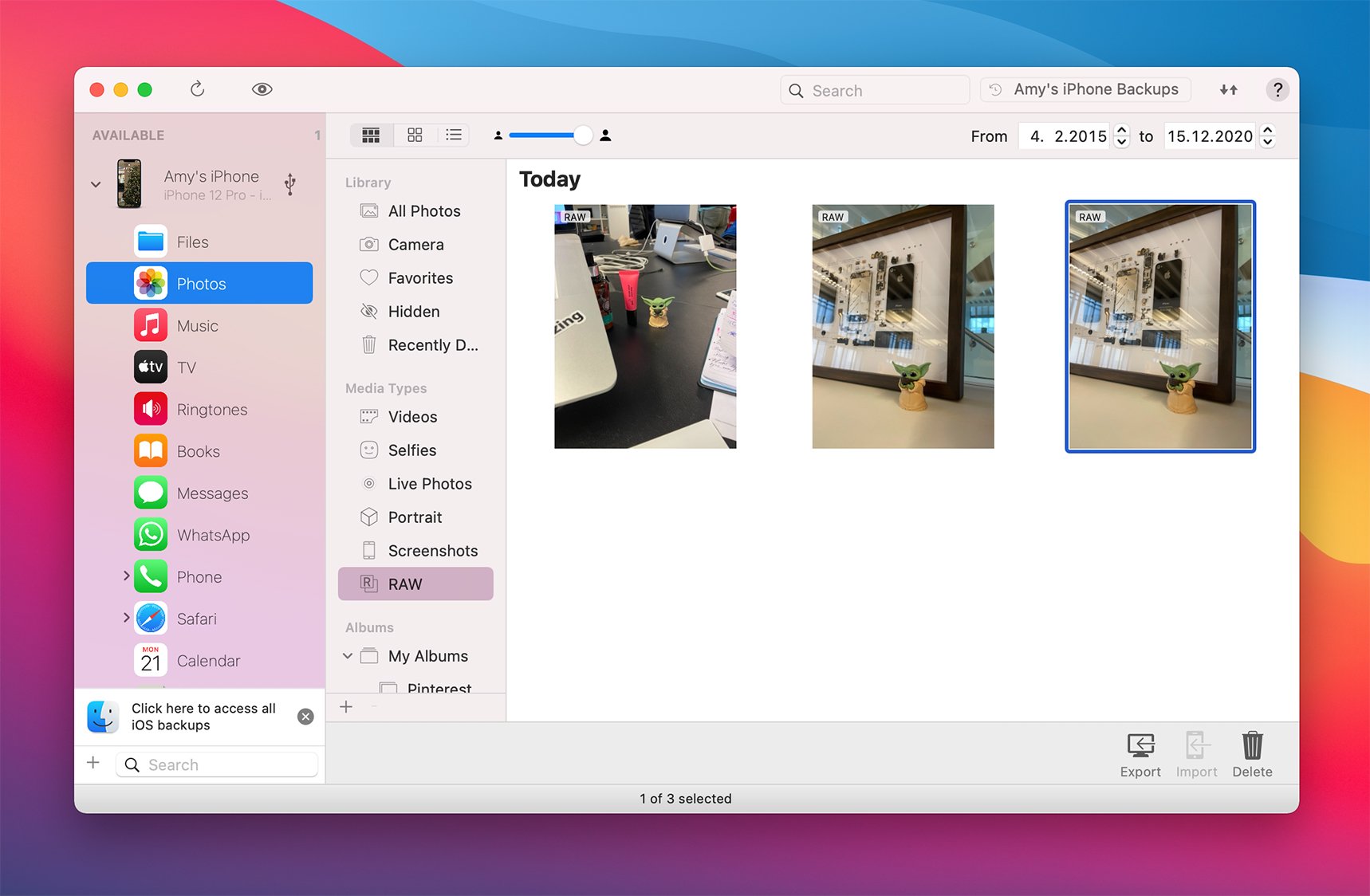 Read iMazing’s blog post for further details on the ProRAW format, including how ProRAW images can be viewed and exported with iMazing. 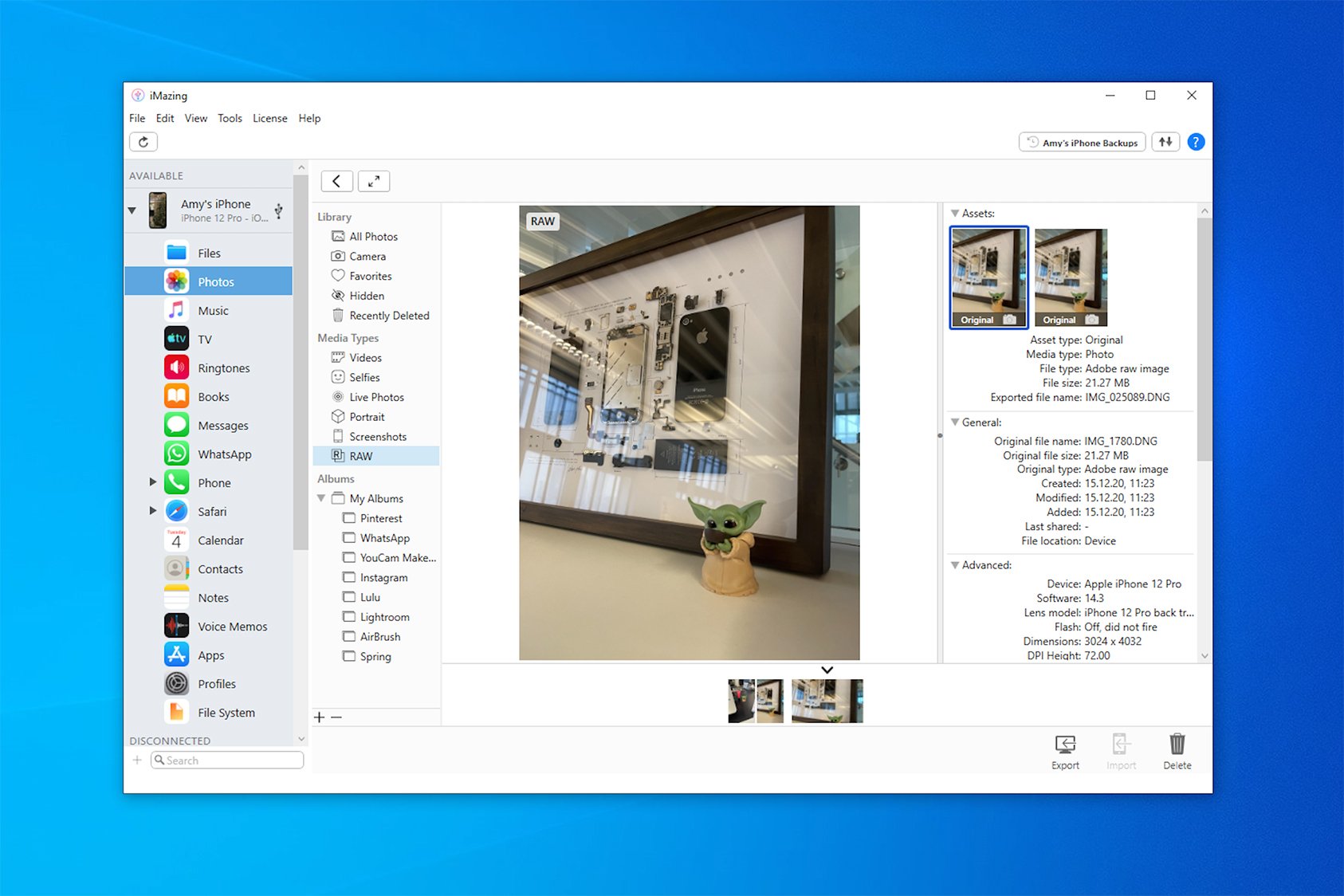 ProRAW combines the information of a standard RAW format (raw camera sensor data) along with iPhone image processing. It’s an uncompressed file format is images are about 10-12 times bigger than JPEF or HEIC (each ProRAW iPhone photo is about 25 megabytes). However, you get way better results and more flexibility when editing the exposure, color, and white balance in the photo. ProRAW is currently supported with iOS and iPadOS 14.3 or later on the iPhone 12 Pro and iPhone 12 Pro Max. The feature works with any cameras, including when also using the Smart HDR, Deep Fusion or Night mode features. 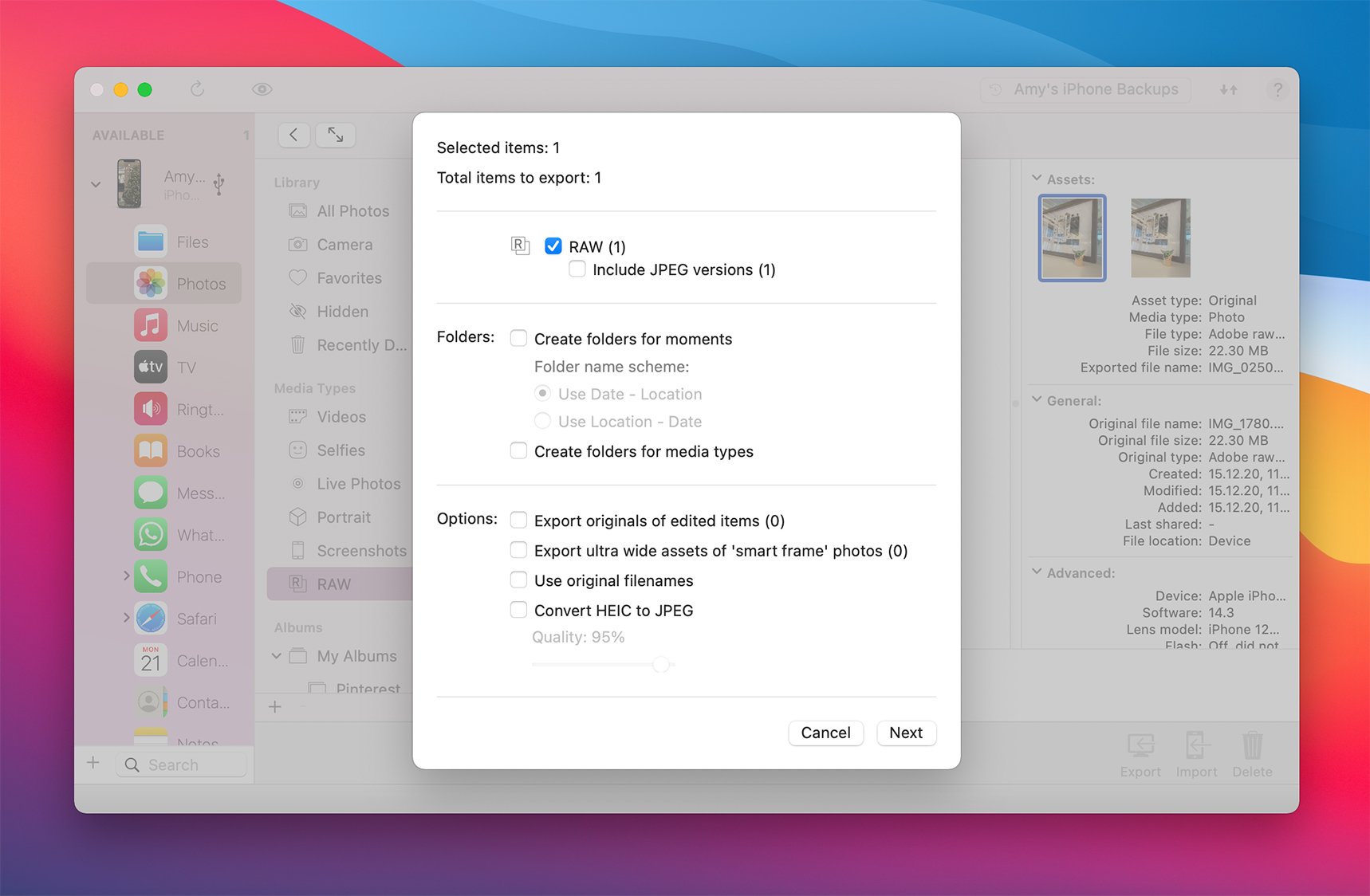 iMazing is one of the longest-standing apps for iOS device management. With it, you can perform secure local backups of your iPhone and iPad devices, wirelessly transfer your media, download photos, music, books etc. between your iOS device and a computer, and more.

It also lets you download apps installed on your iOS device to your computer directly from the App Store. You can then run these .ipa files on your Apple silicon Mac even if the developer hasn’t made their app available on the Mac App Store as a universal binary. And thanks to its versatile integrated photo-management tool, iMazing now offers an excellent alternative to Apple’s stock Photos app — within seconds after connecting your iOS device, its entire photo library gets streamed straight from the device and becomes available to you.

The iMazing team is also behind a few other helpful tools, like a tiny app that sits in the macOS menu bar and detects CPU throttling due to your Intel-based Mac’s thermal constraints. I’d also recommend another free app, dubbed Silicon, that lets you quickly identify Apple Silicon and Intel apps that are installed on your Mac.