Most gadget lovers know that thermal throttling is a fact of life. Even the new M1 chip from Apple throttles CPU performance. For instance, the new M1 MacBook Air is capable of running for up to 18 hours on a single charge, but that doesn’t mean peak power all the time.

With this free macOS menu bar app from DigiDNA, the makers of iMazing, which is the comprehensive Mac and Windows app for comprehensive iOS device management, you can easily detect CPU throttling due to thermal constraints. Appropriately named Hot, it’s a useful tool to compare CPU throttling on Intel-based Macs and their M1-equipped counterparts.

Because it’s a menu bar app, it’s always available with a click of a mouse button, revealing a graph with the CPU temperature and speed limit. Currently, the app shows CPU temperature in Fahrenheit, but they’re working on adding support for Celsius measurement. By the way, Hot is a universal app that runs natively on both Intel and Apple Silicon hardware.

This app nicely complements Silicon, another free app from the iMazing team that makes it a cinch to quickly detect Apple Silicon and Intel apps on your Mac.

Hot is available on GitHub as a free download. 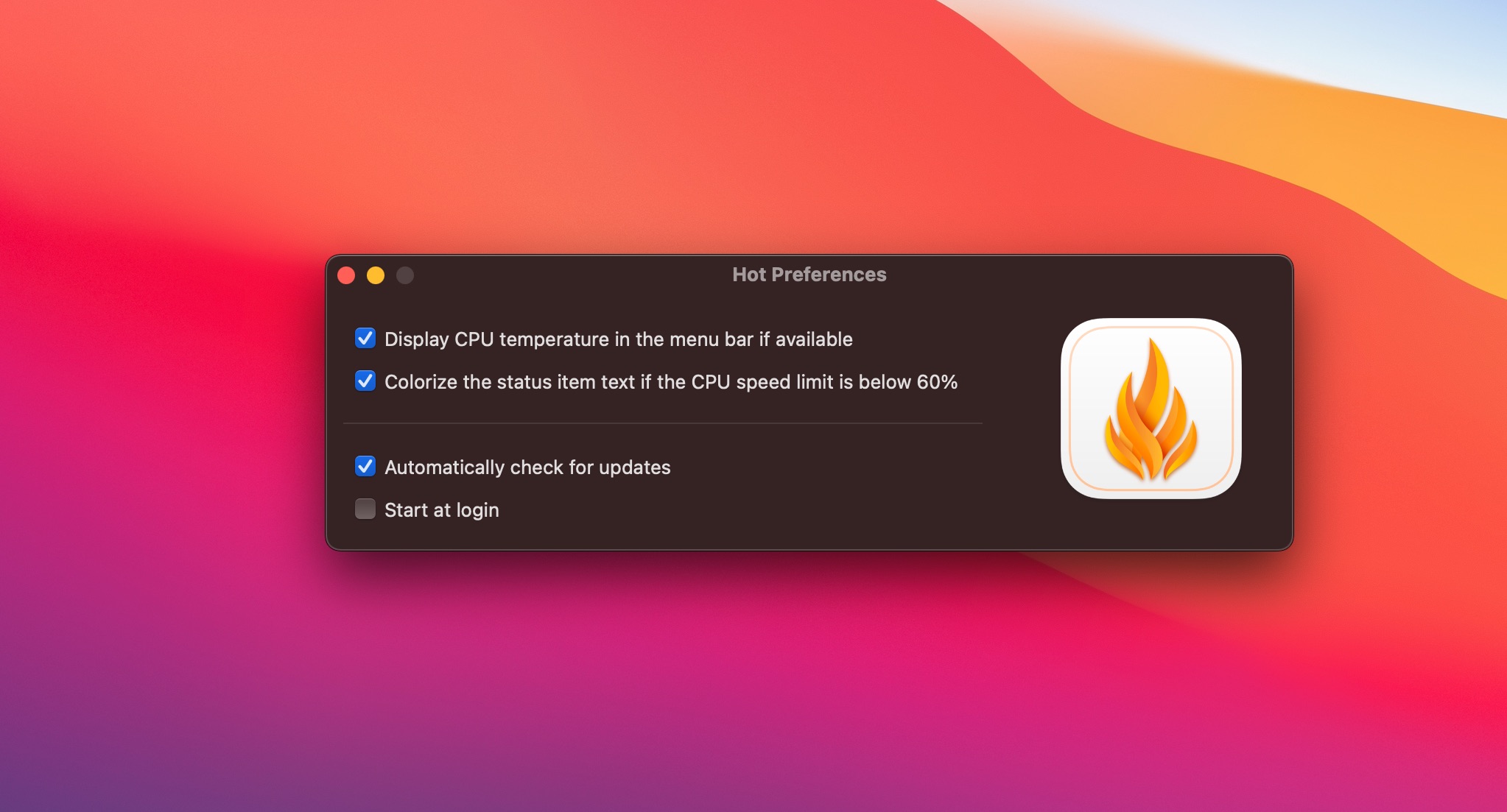 CPU throttling is a major issue on Intel-based Macs.

I own a 15-inch MacBook Pro with an Intel Core i9 chip but using resource-intensive apps such as the Adobe CC suite almost always fires up the fan whilst lowering the clock frequency as the system attempts to cool down the processor. Needles to mention, CPU throttling can also cause severe performance drops. With an app like Hot, you can at least see for yourself what’s going on and hopefully measure much less CPU throttling on these new M1 Mac systems.

To illustrate my point, the M1 chip has eight cores, four of which are so-called performance cores providing top speed when needed. The remaining four cores operate on one-tenth of the power but manage to provide performance comparable to the Intel chips they’re replacing.