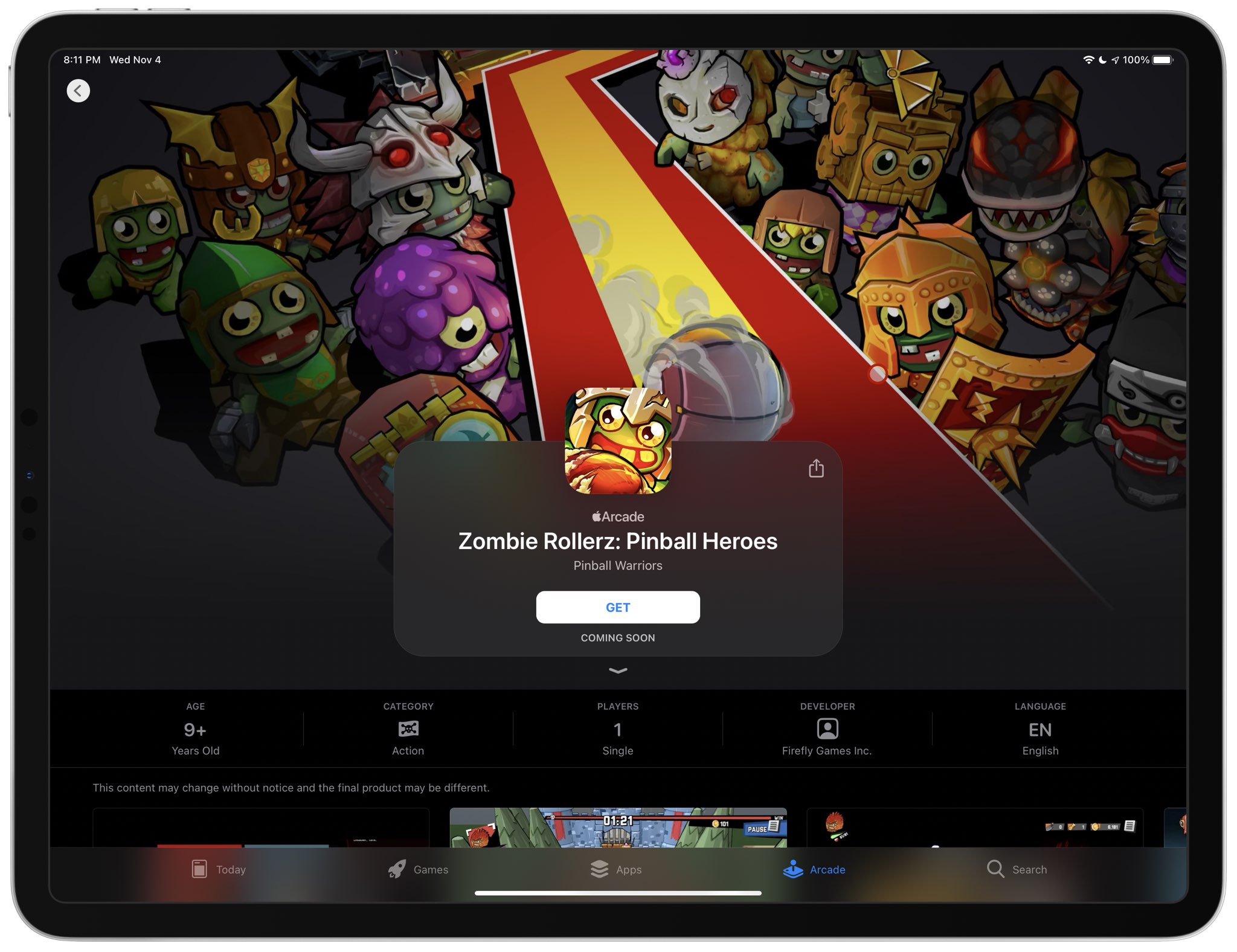 Developed and published by Firefly Games, the title fuses classic pinball and tower defense into a cartoonish world filled with zombies and unique zombie bosses to defeat.

Select a hero, then hop aboard your Pinball Ballista to explore a constantly changing world. You’ll have to stay one step ahead of the zombie plague and fight through hordes of zombies before facing a unique Zombie Boss at the end of each run. The game content changes every run through, so you can play again and again to collect all of the characters, defeat all of the zombie bosses and become a Pinball Warrior!

The game supports Sony, Microsoft and MFi controllers. As noted in the App Store description, it also features randomly generated content so there are hundreds, if not thousands, of possible combinations of heroes and powers to discover and unlock.