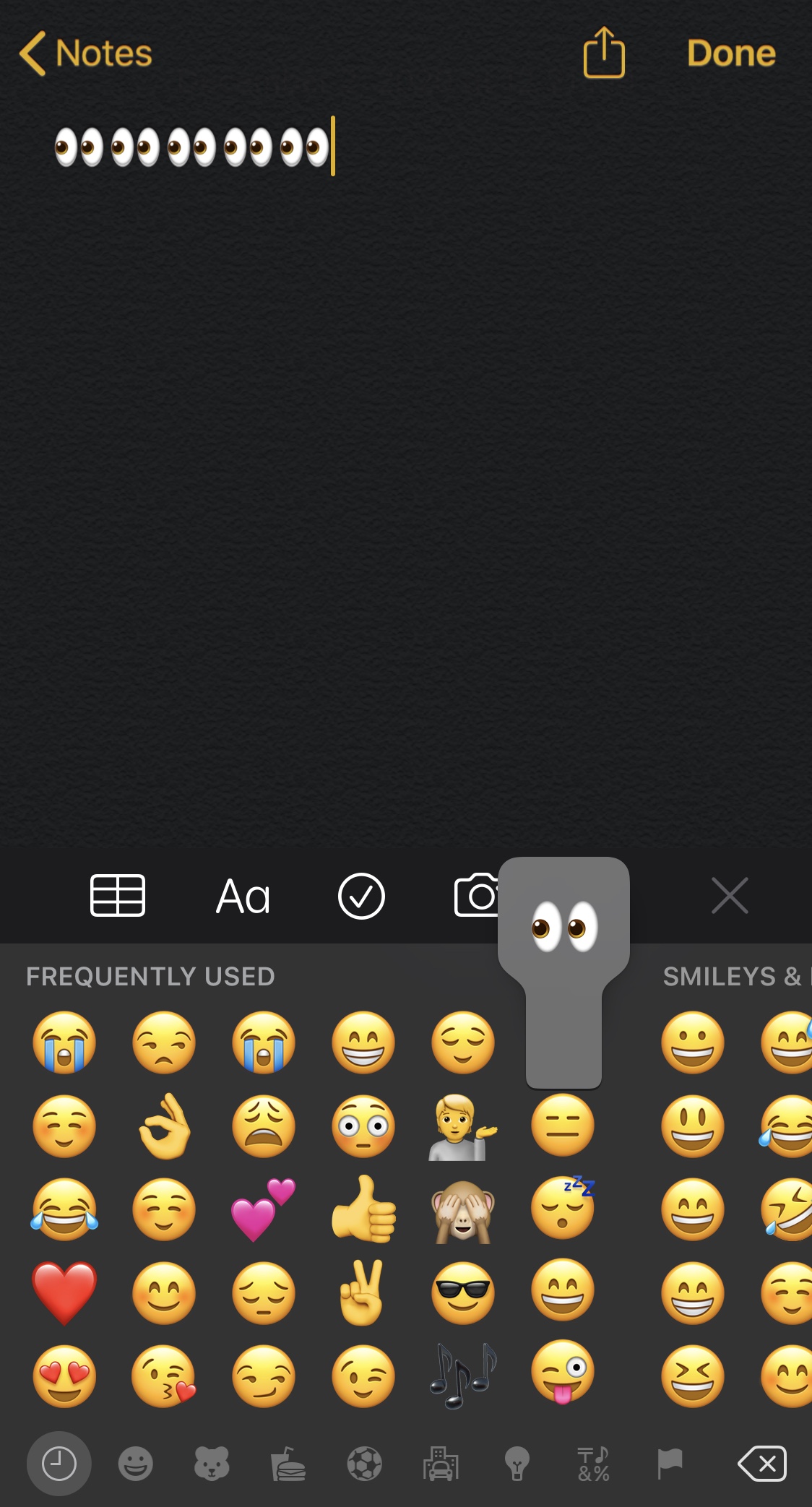 Emojis have quickly transformed into one of the most popular ways to share expressions and reactions via messaging and social media platforms. If you’ve ever wanted to enter several of the same Emoji into a text field, however, then you’d find yourself tapping the Emoji key of your choosing repeatedly until satisfied.

LongKeys is a newly released and free jailbreak tweak by iOS developer maximehip that tries to take the edge off of this user experience by allowing typists to simply tap and hold on an Emoji key of their choosing to input several instances of that particular Emoji into the text field all at once.

With the tweak installed, you can simply tap and hold on an Emoji key that you wish to enter several instances of and it the tweak will automatically put two instances of that Emoji into the text field every send until you let go of the key. It’s ideal for creating exaggerated long strings of the same Emoji without needing to tap the Emoji key repeatedly.

As you might come to expect, the tweak has its limited uses in conversations with friends, but it’s probably not something you’ll use on a daily basis unless you enjoy spamming people with Emojis. For what it’s worth, however, you can still perform single-taps on Emoji keyboard keys to enter your designated Emoji once without tapping and holding, so installing the tweak for those rare instances won’t get in the way of everyday Emoji usage.

Those interested in trying LongKeys can download the tweak for free from the Packix repository via their favorite package manager. The tweak supports jailbroken iOS 10, 11, 12, 13, and 14 devices and is open source on the developer’s GitHub page for anyone who might be interested in learning more about how the tweak works.

Do you play with Emojis enough to justify a tweak like LongKeys? Let us know in the comments section down below.