Just under a month ago, security researchers with operation #FreeTheSandbox, an initiative started by security research firm ZecOps, revealed that they were working on a jailbreak with support for devices running iOS & iPadOS 13.5-13.7. The announcement garnered oodles of attention from the community, especially since current jailbreak tools like Odyssey and unc0ver only support up to and including iOS & iPadOS 13.5.

A few days later, the @FreeTheSandbox Twitter account said they were targeting a mid-November or early-December release for their jailbreak, and early Tuesday morning, the account posted a rather attention-grabbing teaser in the form of a simplistic Tweet that said, “Almost ready:” 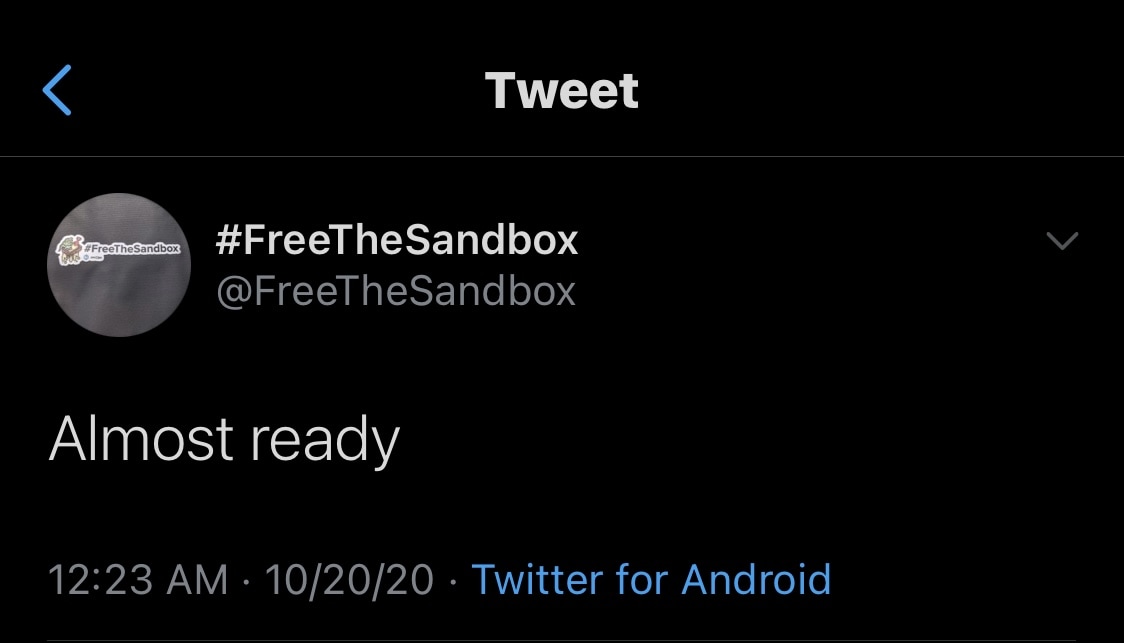 Given the timeline that the team previously estimated for a public iOS & iPadOS 13.5-13.7 jailbreak release, the implications of the aforementioned Tweet are significant, albeit vague…

It remains to be seen whether progress on the jailbreak is running ahead of schedule or not, but if anything is certain, it’s that this spark of reassurance by the Twitter account that claimed to be making a jailbreak for the last-to-be released versions of iOS & iPadOS 13 didn’t go unnoticed by the community.

Many avoided updating to iOS & iPadOS 14 when Apple released it just so that they would have the opportunity to pwn their iPhones and iPads, and it now seems those who did may have something very exciting to look forward to in the near future. Furthermore, the jailbreak would be software-based instead of hardware-based like checkra1n is, which means it would logically support even the latest of Apple’s devices capable of running iOS & iPadOS 13.7, up to and including the iPhone 11 Pro lineup.

When asked by a fan what the new jailbreak would be called, the @FreeTheSandbox Twitter account simply responded with, “What do you think? :)”

Are you excited about what appears to be swift and steady progress on an iOS & iPadOS 13.5-13.7 jailbreak? Share your thoughts down in the comments section below.