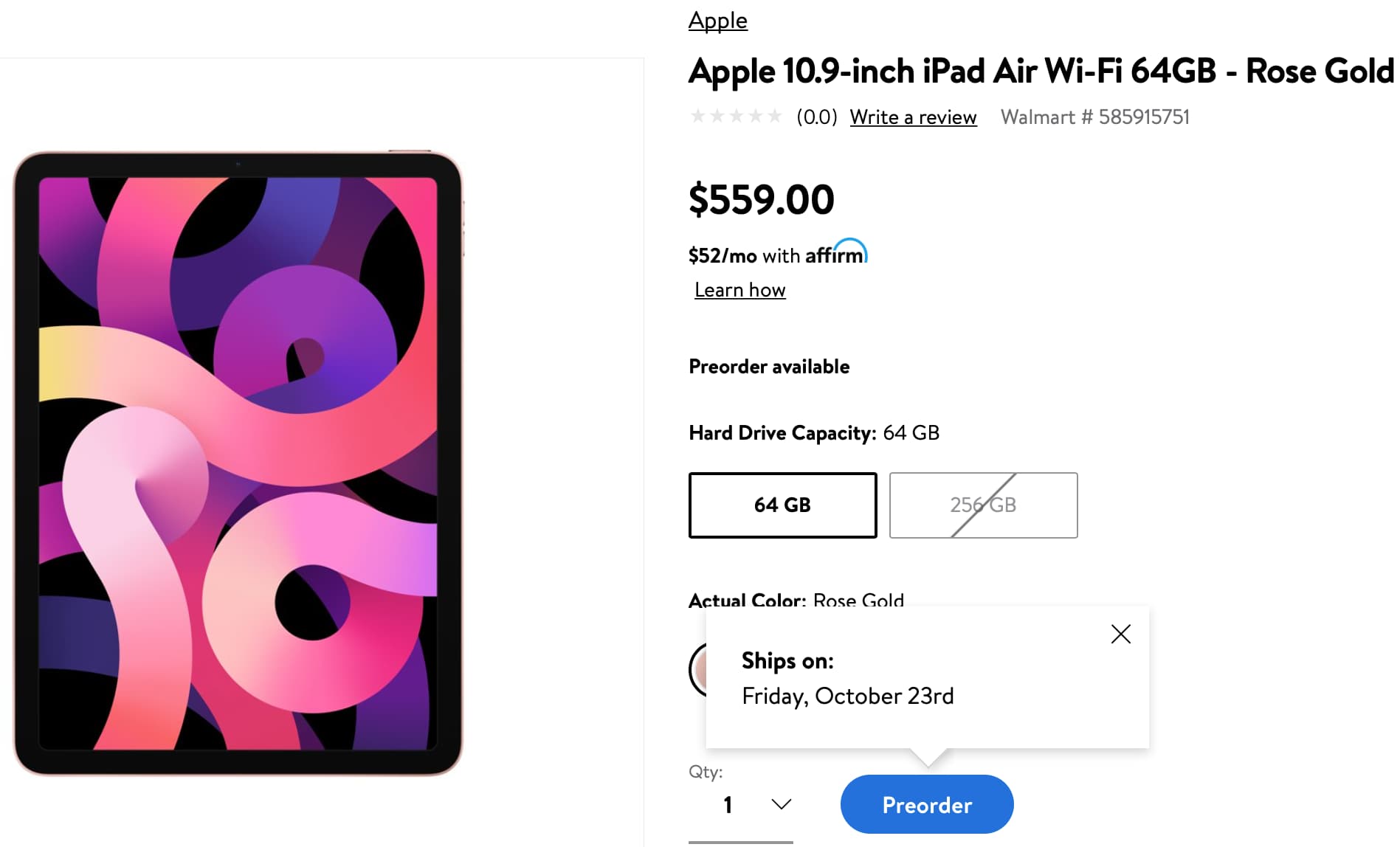 There have been rumors that Apple would launch the new iPad Air very soon, with a launch projected for October 23. And Walmart has confirmed as much.

This could just be a slip up, and things may go back to not working at all soon, but, at the time of publication, you can pre-order a new iPad Air right now from Walmart (via 9to5Mac). If you’re in the United States, that is. And if you wanted to get a 256GB model, well, that’s not an option at the moment. In fact, there are only two color options to choose from, out of the five total: Space Gray and Rose Gold. Green, Silver, and Sky Blue are not available to pre-order.

As for when the iPad Air will arrive? Well, as you can see from the screenshot at the top of this article, it looks like the new tablet will ship on Friday, October 23. The arrival dates start at Monday, October 26 (for the Space Gray model), and go up to Friday, October 30, if you choose the Rose Gold option. Delivery may be different in some areas.

Pricing for the iPad Air from Apple, and other retailers, starts at $599. However, it looks like Walmart is taking off $40 right out of the gate, charging only $559. So that might be something to look out for.

Again, this may be a mistake, and the listing may go down soon.

As for Apple, it’s likely that the company will put the new iPad Air up for sale tomorrow morning. That’s when the iPhone 12 and iPhone 12 Pro can be ordered, too, and delivery for those phones will start on Friday, October 23.

Do you plan on picking up a new iPad Air?