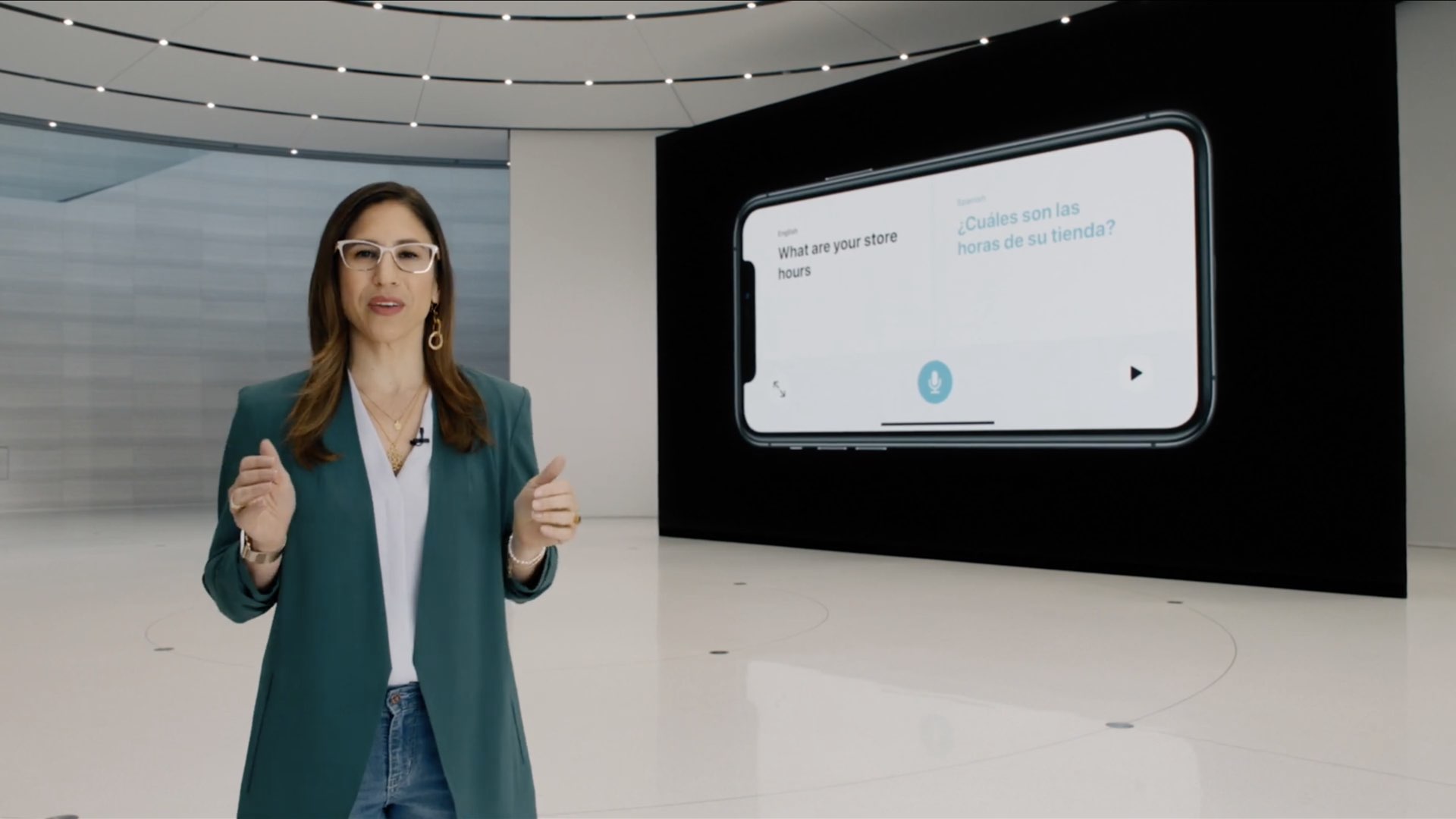 With Apple’s Translate software, iPhone and iPod touch owners can translate between any of the supported languages, as well as download languages for offline translation and much more. This quick step-by-step tutorial will walk you through using the helpful Conversation mode in Translate where all parties see both sides of the conversation at the same time.

Wouldn’t it be great if you could carry on a conversation with someone without typing?

With Conversation mode, you can. Conversation mode brings a nice side-by-side view that makes it easy for two people to know which side to follow. One side of the interface is reserved for you, while the other party can see the translated text on the other half of the screen.

How to use Translate app in Conversation mode

Follow these steps to use the Translate app in Conversation mode:

In a typical Apple fashion, Conversation mode features a single microphone button because machine learning automatically detects the language spoken and transcribes the original and translated text on the correct sides of the screen, followed by the translated audio.

When automatic detection is turned on, Translate will detect which of the two selected languages is being spoken and translate to the other language. The app automatically translates the language it hears so that you can carry on a conversation with someone.

To replay the translation audio, touch the Play/Pause button. 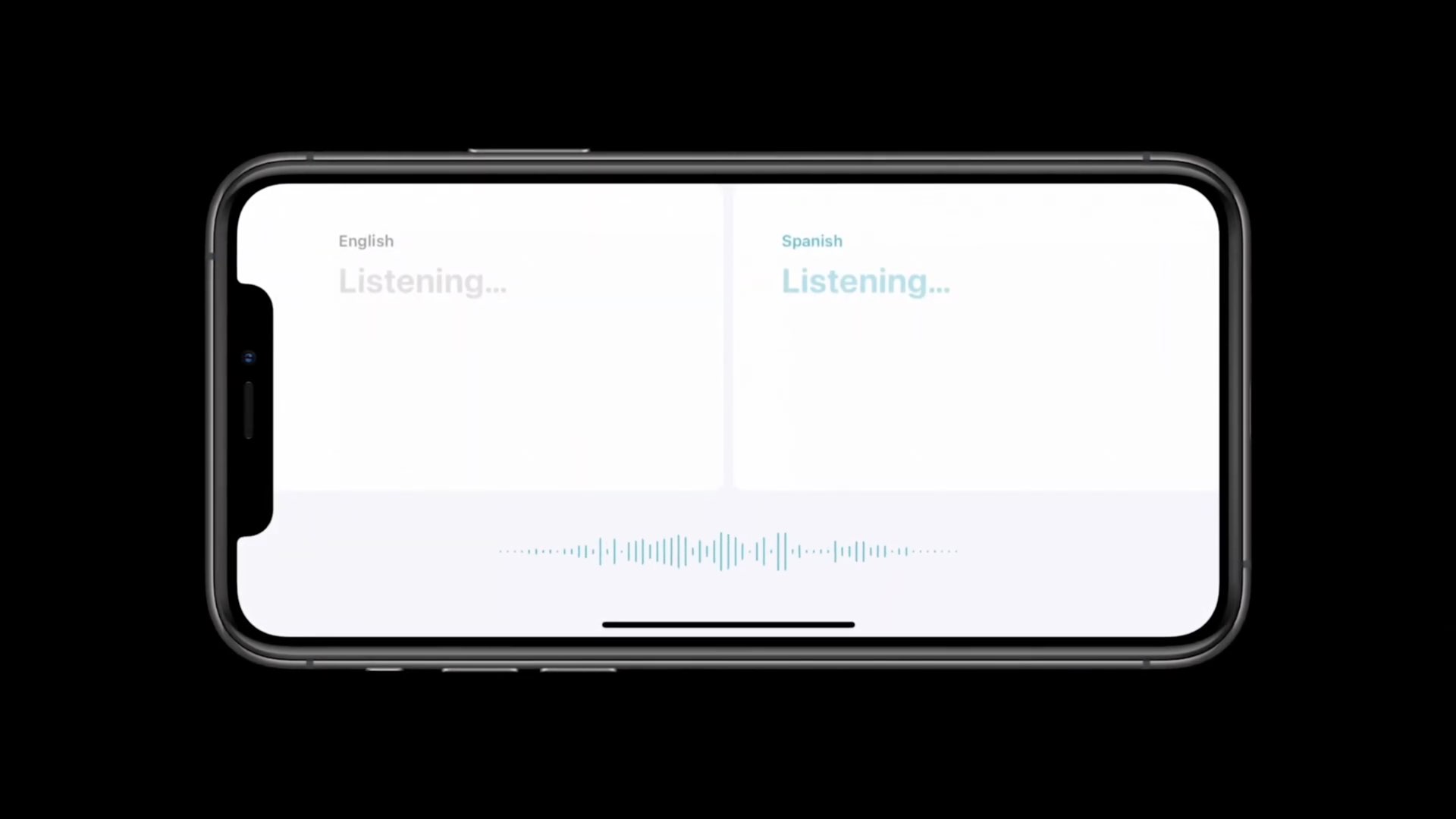 Should automatic language detection fail to determine the language spoken, exit Conversation mode by rotating your iPhone to portrait orientation. Now tap a language box at the top to select your preferred language manually, then try Conversation mode again.

How to use Translate app in Attention mode

In Attention mode, the translated text is enlarged and takes up the entire screen, making it easier for others to read. Follow these steps to use the handy Attention mode in Translate.

Doing so will display translated text in large type that takes up the entire screen, a great way to get someone’s attention (especially if they have vision issues). Keep in mind that Attention mode won’t work if you have Portrait Orientation Lock enabled on your phone. 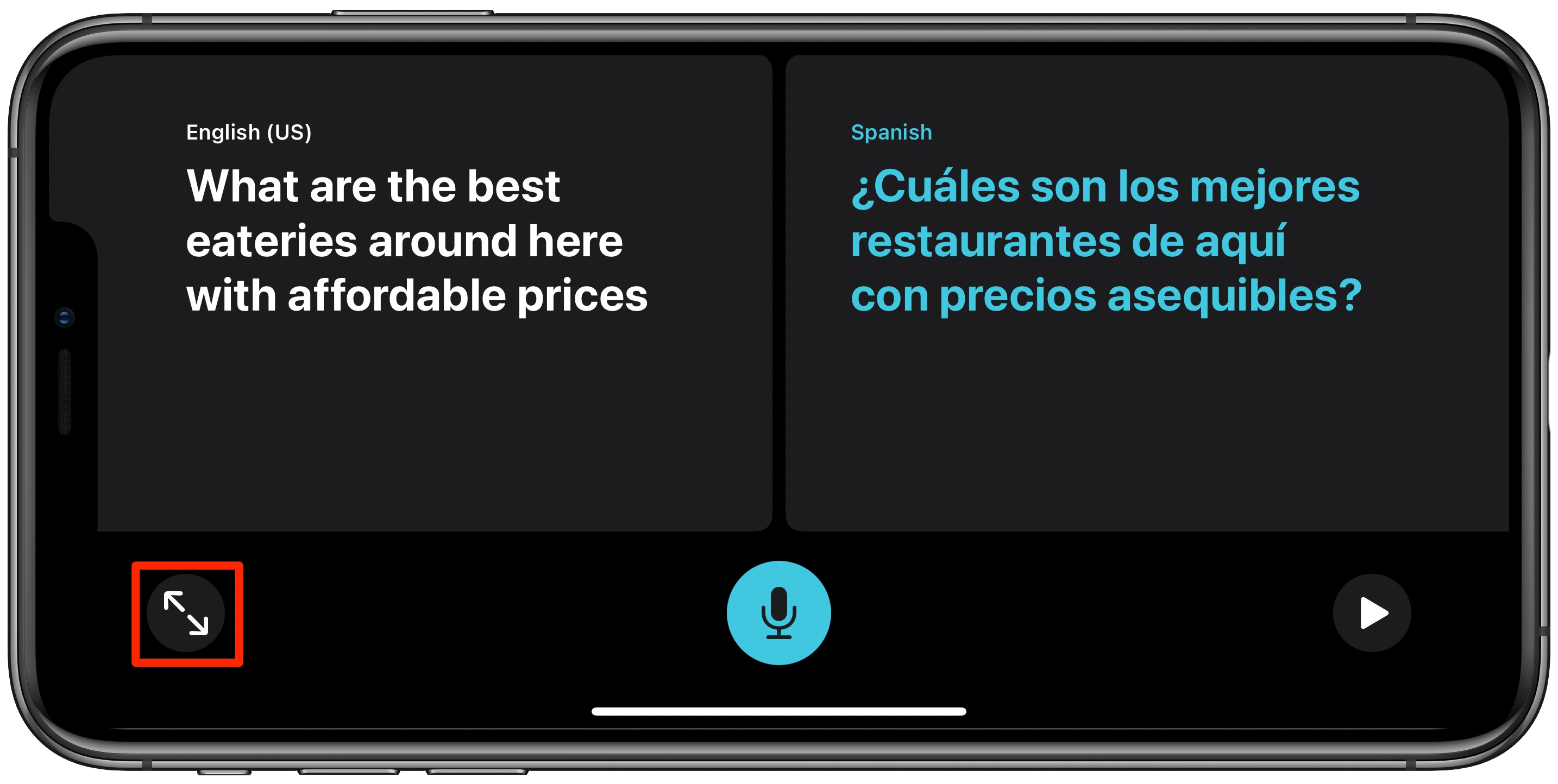 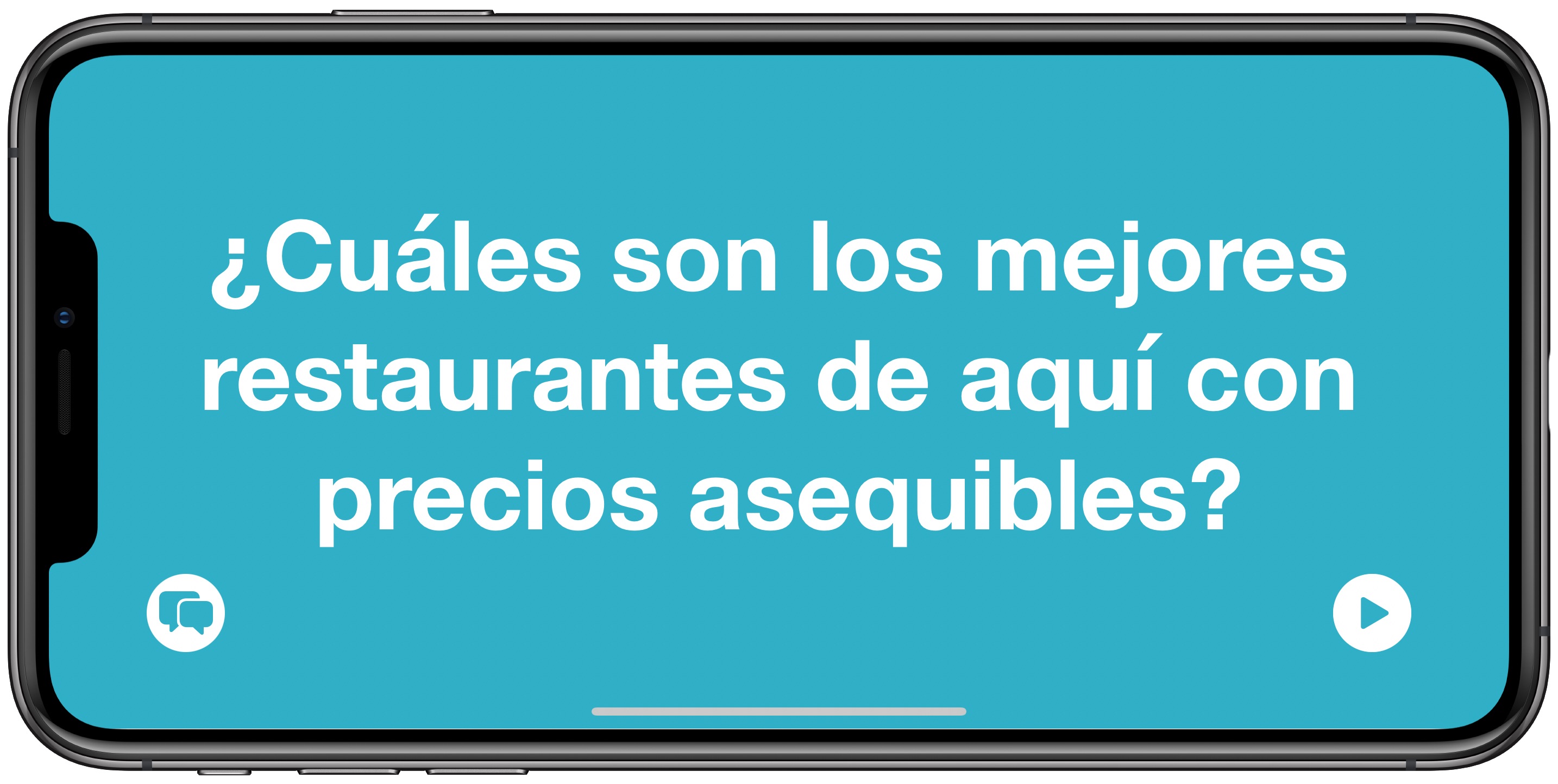 Thanks to the power of Apple’s custom chips and on-device processing, you can use the entirety of the Translate app, Conversation and Attention modes included, without an Internet connection as long as you have downloaded specific languages to your device.

Translate in offline mode helps you to use the app in a hundred percent private mode. 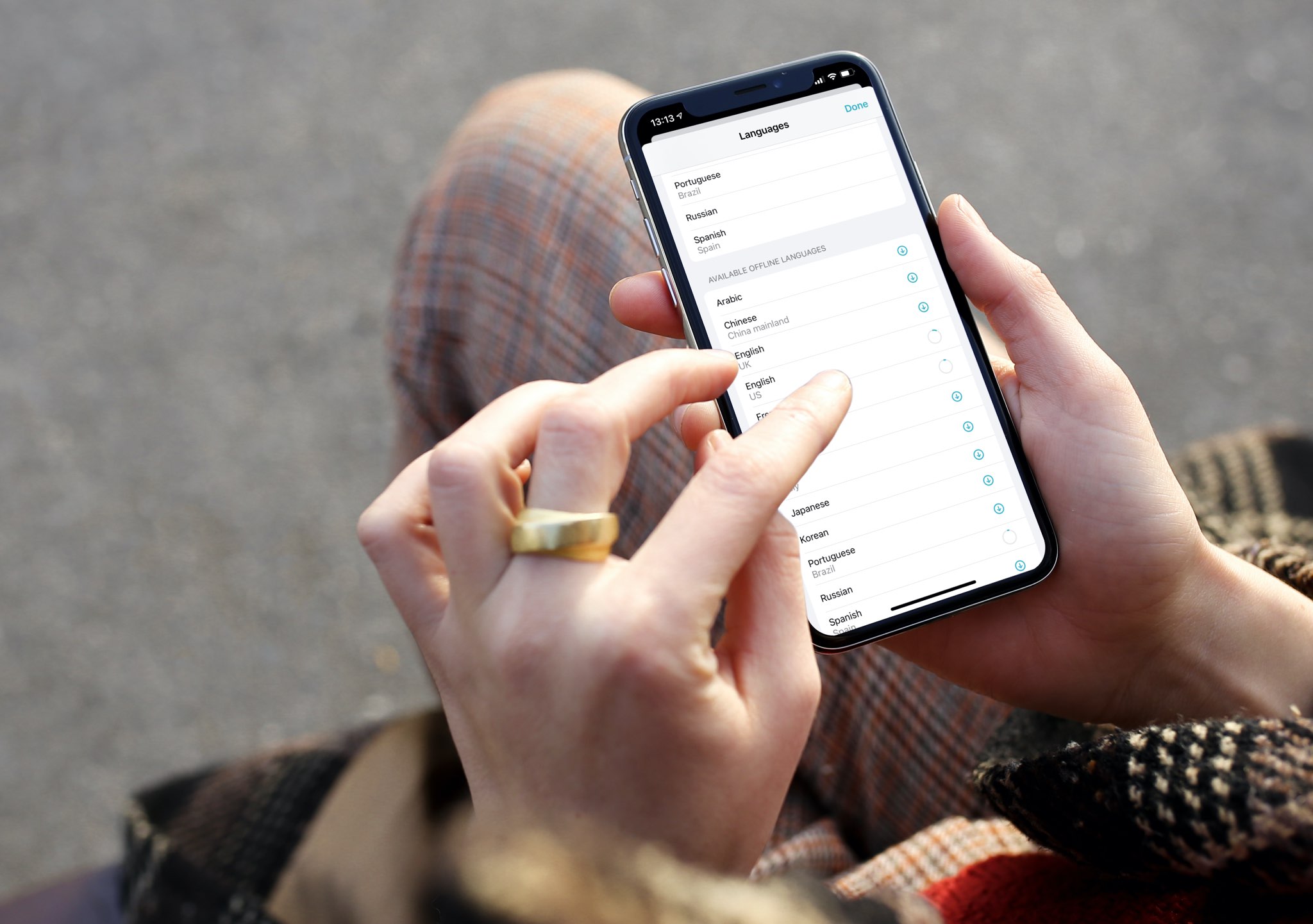 The app normally uploads your voice and text input to Apple’s servers that do the heavy lifting. In offline mode, however, nothing gets sent to servers because everything runs on the device.