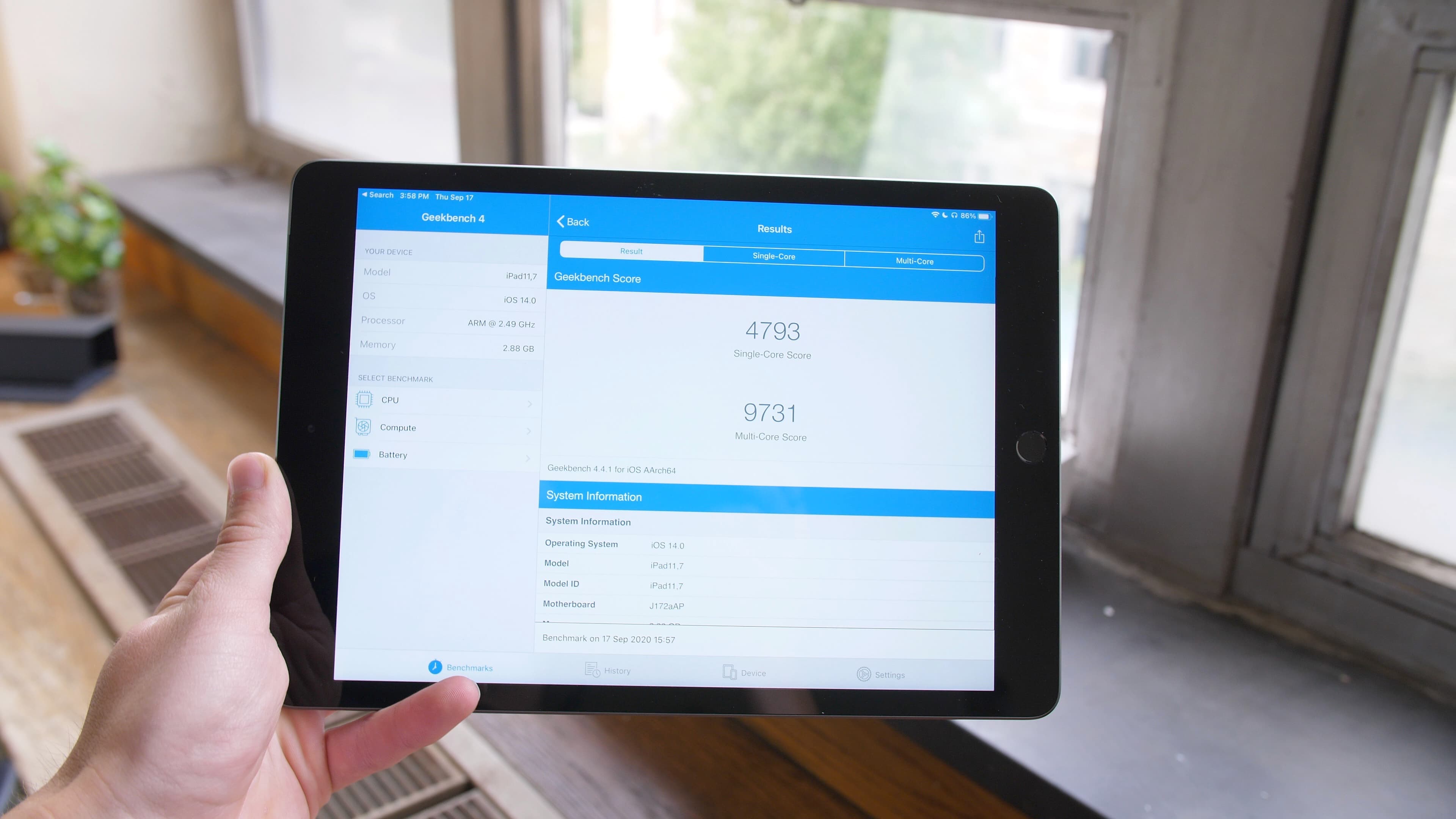 As one might expect, considering the upgrade in processor under the hood, the eighth-generation iPad outperforms the 7th-generation model.

Earlier this week, Apple unveiled its newest iPad: the eighth-generation model in the lineup. While the hardware design is familiar, with its large bezels and a physical Home button, there are noteworthy upgrades. That includes the A12 Bionic processor that keeps things humming along nicely. And, according to the latest Geekbench scores, that performance is quite the upgrade from the previous model.

There’s no surprise there; the A12 Bionic processor is yet another powerhouse, and one of Apple’s most impressive efforts. Of course, Apple has also introduced the A14 Bionic this week, which just ups the performance yet again.

Not that it’s really a drawback, but the Geekbench scores also reveal that the 8th-gen iPad is still equipped with 3GB of RAM. That’s probably not a deal breaker for most who are considering the $329 tablet, but it’s worth noting anyway.

Are you planning on buying the new 8th-generation iPad? Or will you be looking more at the new, redesigned iPad Air?