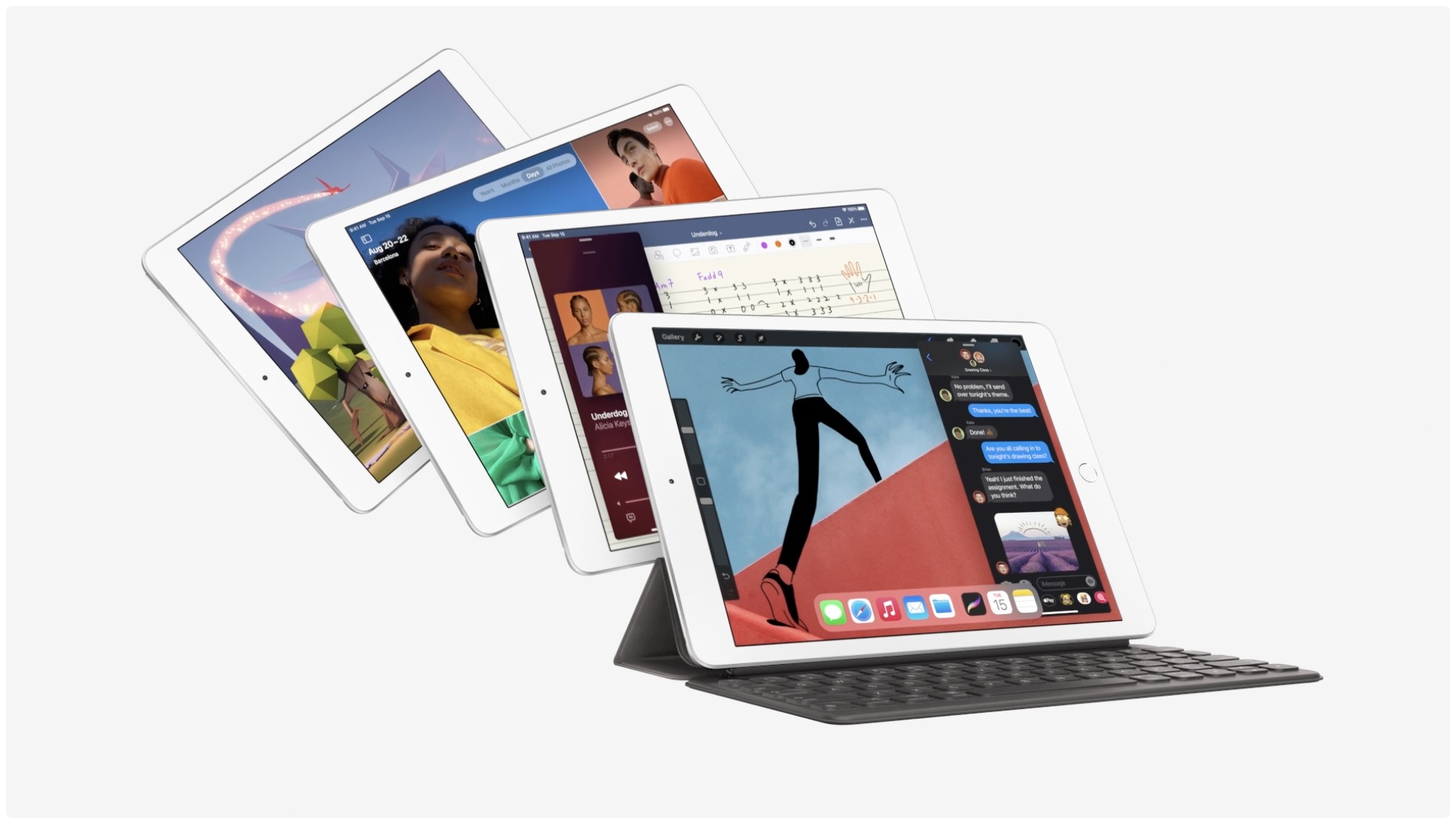 Apple today during its “Time Flies” online product presentation announced an eighth-generation iPad with a significantly faster system-on-a-chip versus the previous model that ran on the A10 Fusion chip which used to power the iPhone 7 family.

The new tablet runs Apple’s A12 Bionic chip that also powers the iPhone XS family, the iPad mini 5 and the 2018 iPad Pro. According to Apple’s numbers, the A12 Bionic delivers a 40 percent faster performance and two times faster graphics. 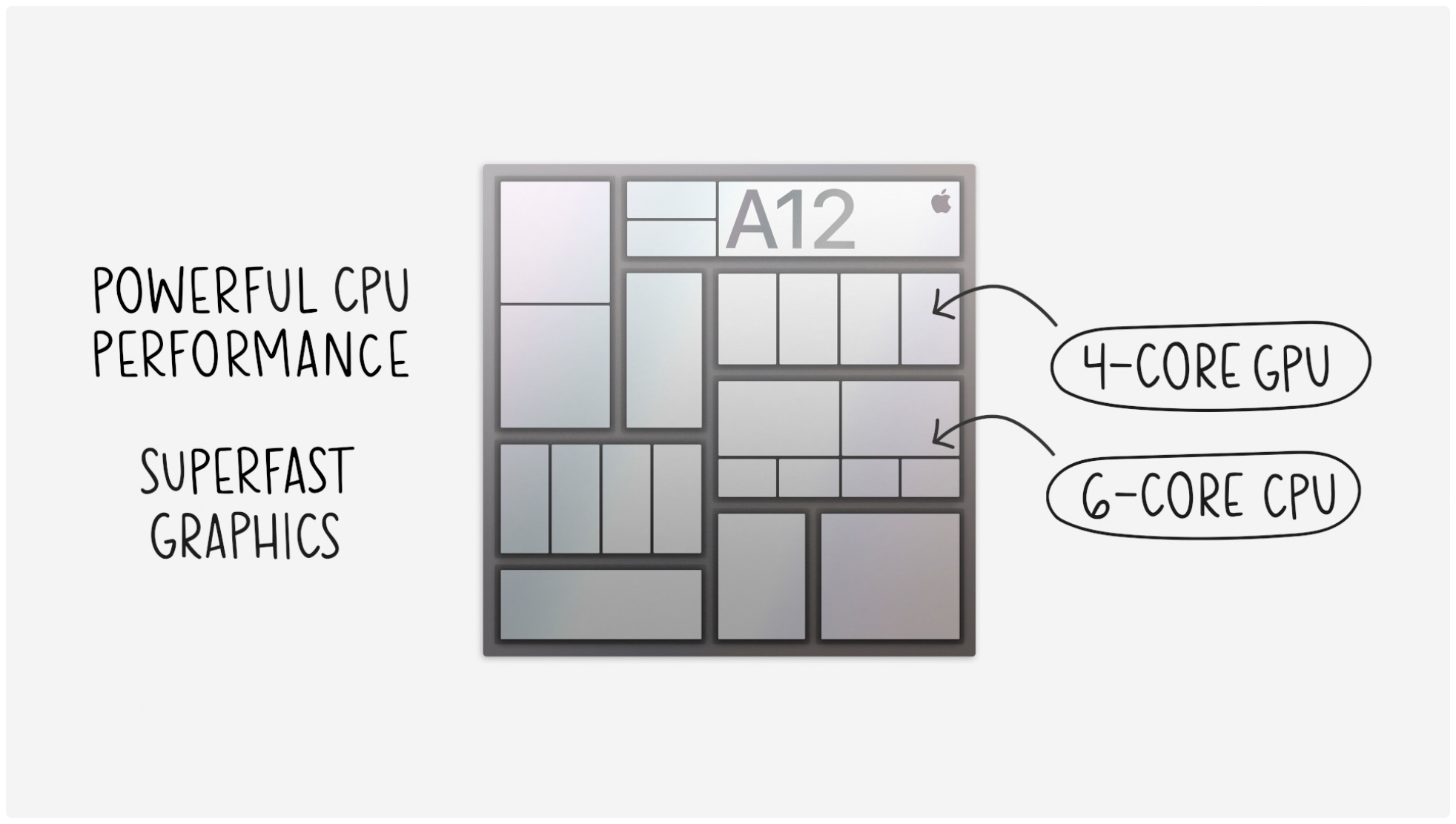 And because the A12 Bionic chip features the Neural Engine, which is Apple’s marketing term for a hardware-based inference engine that accelerates machine learning tasks, the most popular iPad is getting some features that it couldn’t do before because the previous processor wasn’t optimized for machine learning.

Like, for example, enhanced photography, improved augmented reality and object classification in Photos. The Neural Engine in the A12 Bionic is capable of performing up to five trillion operations per second.

The new eighth-generation iPad is also compatible with Apple’s full-size Smart Keyboard and iPad keyboards from Logitech. It works great with the Apple Pencil thanks to all the new stylus enhancements in iPadOS 14, which comes preloaded.

And last but certainly not least, this new iPad starts at just $329, or $299 for educational customers. 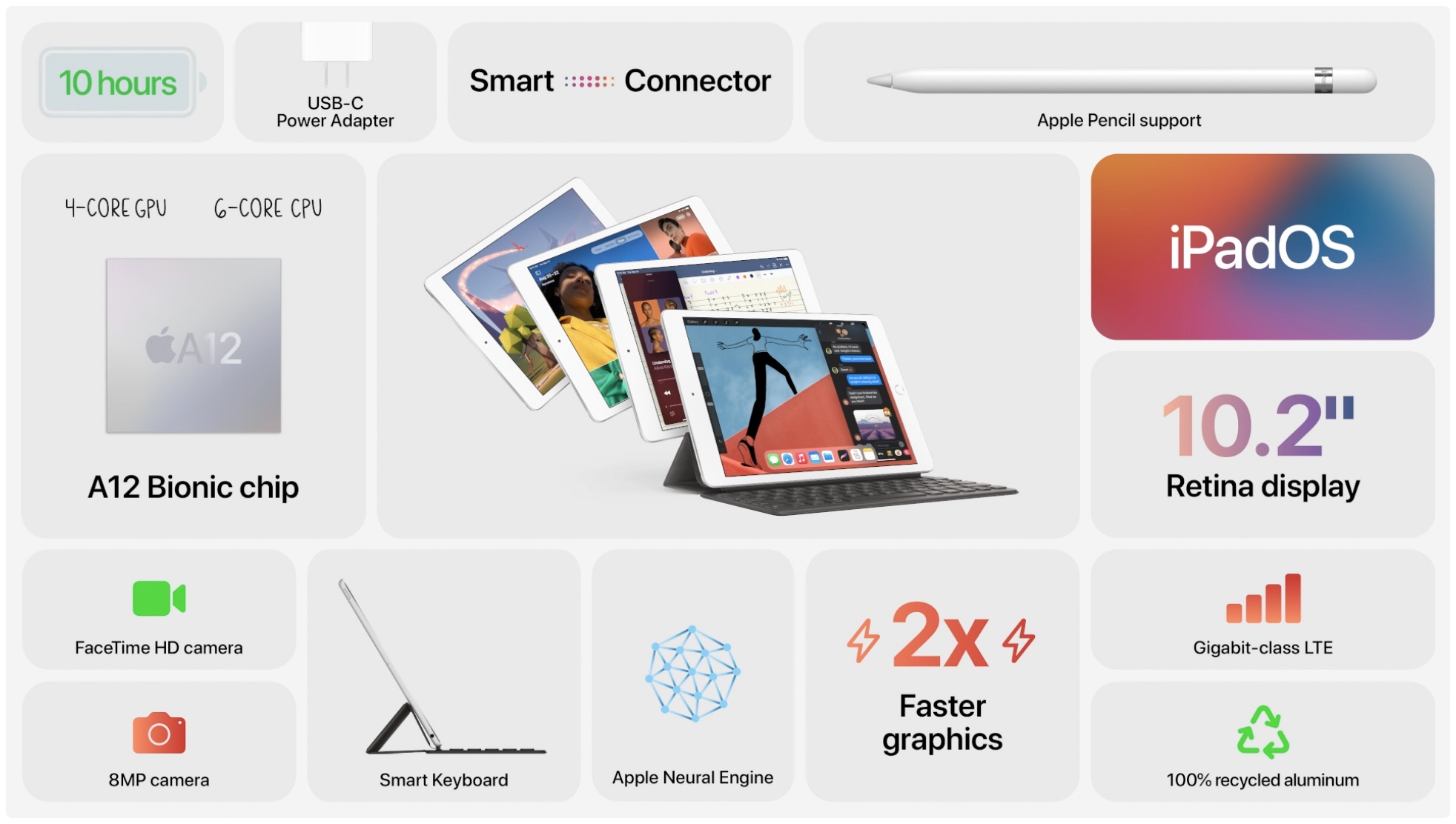 Apple CEO Tim Cook said during the presentation that 500 million iPads have been sold around the world so far. Also, the Cupertino company is celebrating ten years of iPads because the original model came out a decade ago.

53 percent of first-time buyers are new to the iPad, he added. And the iPad has consistently topped customer satisfaction scores for every year since its inception, Cook underscored.