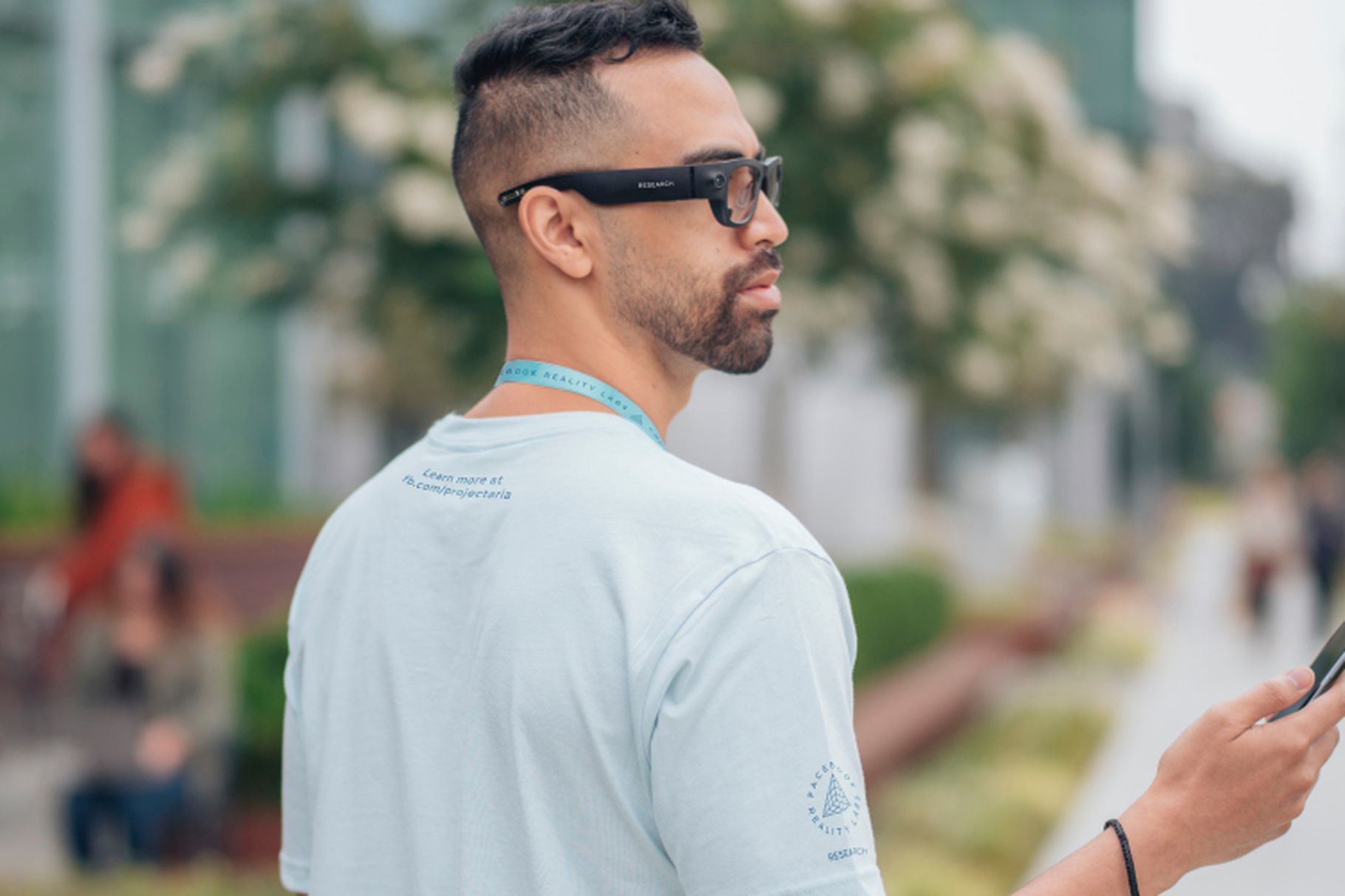 While the rumor mill has consistently pressed that Apple is working on dedicated AR glasses, it looks like Facebook is almost ready to launch its own pair of smart glasses.

Update (09/16/2020): Well, after the initial unveiling, Facebook went into a bit more detail. For instance, now we know that the project is known as “Aria”, and we actually have a look at what the prototype for Facebook’s AR glasses look like, which you can see above. Andrew Bosworth, another VP of Facebook’s Reality Labs, had this to say:

We’re passionate about exploring devices that can give people better ways to connect with those closest to them. Wearables have the potential to do that. With EssilorLuxottica we have an equally ambitious partner who’ll lend their expertise and world-class brand catalogue to the first truly fashionable smart glasses

The kicker here is that these are apparently not AR glasses at all. Facebook is calling them “smart glasses”, and they will not have an integrated display. So they may be more similar to Snapchat’s Spectacles.

I’ve gone ahead and updated the article below, removing mentions of AR glasses and replacing it with “smart glasses” instead. And while we now know what the prototype looks like, we still don’t have a look at the final version. Pricing and exact release dates remain unknown as well.

Today, during its Connect event, Facebook confirmed that it will be launching smart glasses in 2021. The social network is teaming up with Ray-Ban maker Luxottica, and, as such, the new wearables will be Ray-Bans (via The Verge). Mark Zuckerberg, Facebook’s CEO, made the announcement at the event’s keynote speech today.

Beyond thrilled to finally share a sneak peek of our Facebook partnership with Ray-Ban! Our first smart glasses will launch next year, and that’s just the beginning… The future will be a classic and it's coming in 2021 😎 pic.twitter.com/l9992ZQGoy

Unfortunately, that’s all we have to go on right now. The Connect keynote speech from Zuckerberg didn’t include any other details. That means we don’t know how much these AR Ray-Bans will cost, what features they might bring to users, or when they will launch — other than sometime next year. Still, knowing Facebook is ready to launch the product after what must be years of development is exciting. if you like Facebook, that is.

We’re still waiting for Apple’s effort in this regard. Back in November of last year, Bloomberg reported that Apple’s plans consist of launching an AR headset in 2022, and AR glasses in 2023. However, since then, new reports have said something different. In May of this year, for instance, a report from DigiTimes said the new AR glasses will launch in 2021.

Rumors have also said the new AR glasses will be called “Apple Glasses“, and they’ll reportedly start at $499.

If Apple does launch AR glasses, would you be first in line to pick up a pair?