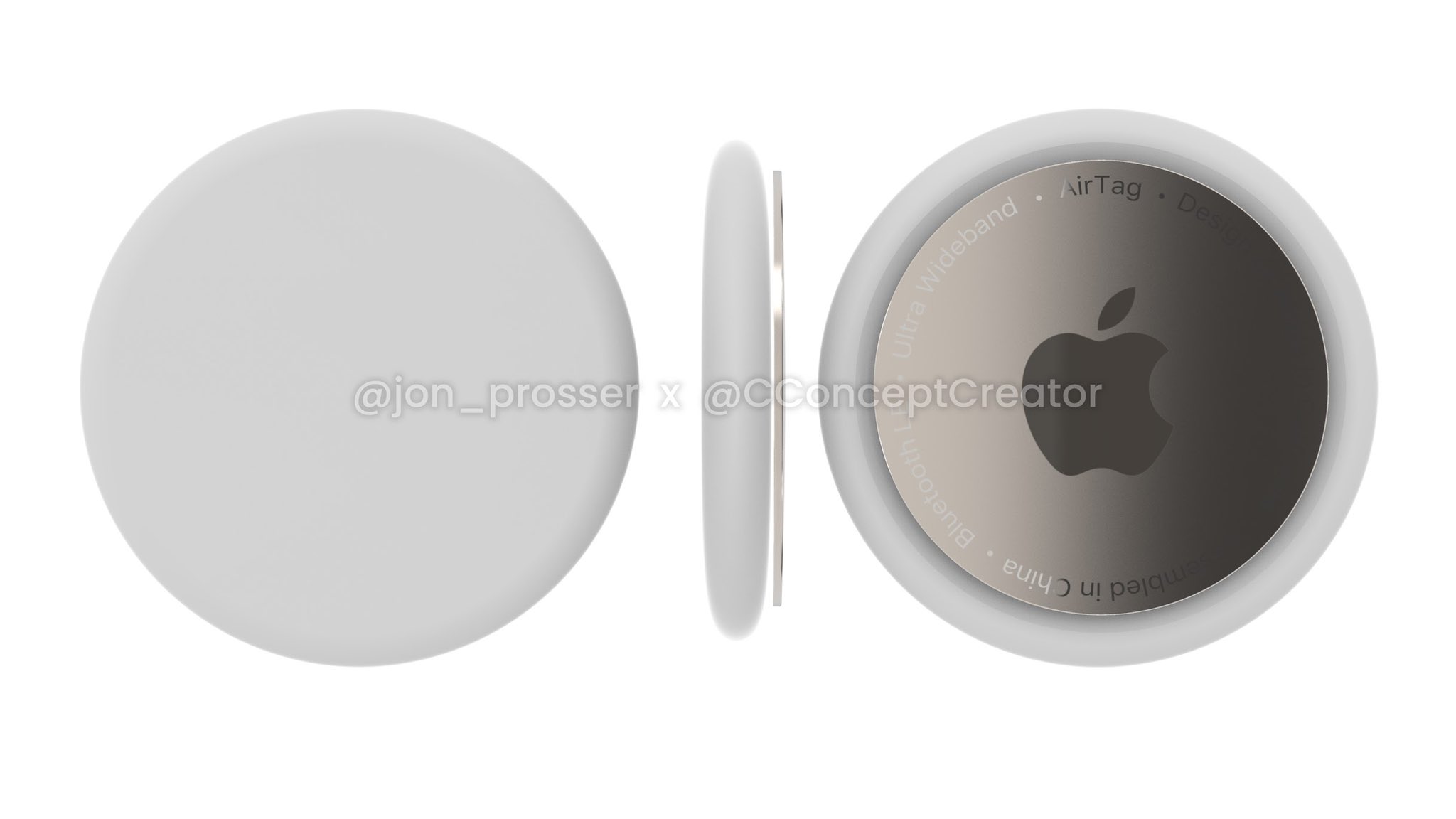 While Apple’s upcoming September event is likely to be focused on a new Apple Watch and new iPad Air, there may be more in store. Which means we could see Apple’s oft-rumored tracking device get announced as well.

Serial leaker Jon Prosser recently uploaded a new Front Page Tech video on his official YouTube channel detailing the upcoming “Time Flies” event. He talks about the new Apple Watch models that will be unveiled, along with the upcoming redesigned iPad Air. However, Prosser also shared 3D renders of the AirTags tracking device, what he says is based on actual video and images of the real device.

According to Prosser, he’s sharing the 3D renders in an effort to protect his sources within the supply chain.

The new AirTags are round, as we’ve seen in previous rumors and leaks, and with the Apple logo prominently displayed on the back of the device. The product’s information is etched into the polished silver disc on the back. According to Prosser, AirTags will be just a bit bigger than a bottle cap.

Interestingly, it does not look like Apple will be including any type of mounting system with the AirTags directly. Prosser says that Apple will be selling a keychain, with a small leather pouch the AirTags can slip into, separately.

Finally, Prosser says that Apple may very well announce the AirTags at the “Time Flies” event on September 15. Moreover, he believes that the HomePod mini (the smaller, more affordable speaker) could be unveiled tomorrow, too. Prosser says that both devices are “technically ready”, so tomorrow’s event could have some surprises in store.

Prosser also reiterates that Apple will not be unveiling the iPhone 12 lineup at tomorrow’s event. That will happen in October.

When Apple does get around to launching the AirTags, do you plan on picking some up?