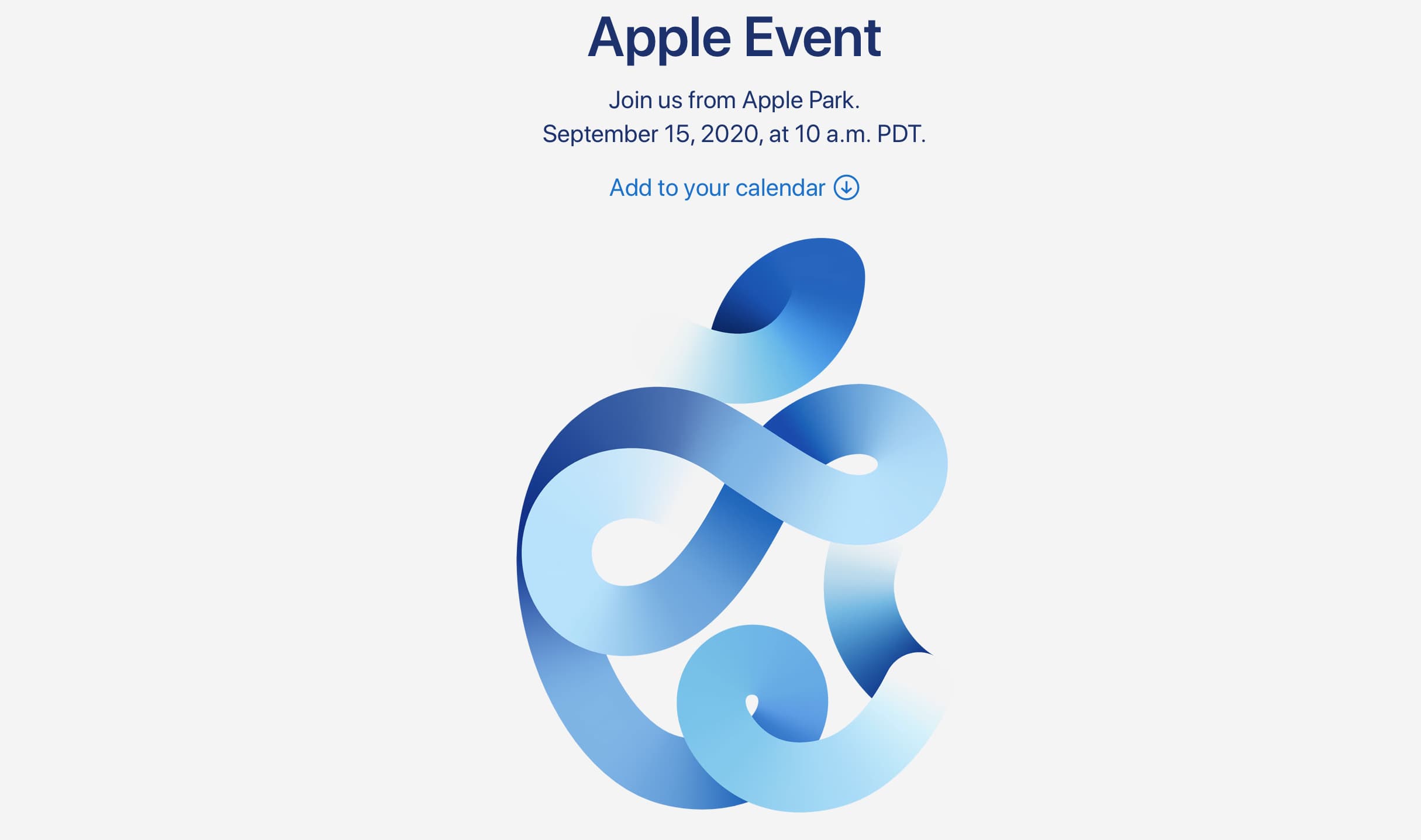 Despite the fact Apple confirmed a delay to the next iPhone lineup, expectations for a September event were high. And now it’s official.

Update (09/08/2020): Apple may not actually announce new iPhones at this event after all. Reporter Mark Gurman for Bloomberg has tweeted out that Apple will focus on the iPad and Apple Watch Series 6 instead. Going further, Gurman says that Apple will unveil new iPhones sometime in October.

Apple on Tuesday announced an event for September 15. The company confirmed the upcoming event on its official homepage. The event will take place on Tuesday, September 15, 2020, at 10:00 AM PT/1:00 PM ET. Unfortunately, there’s no other information provided on the event invite, so we don’t actually know what to expect.

The event page also includes some augmented reality fun for the logo, too. It shifts from the Apple logo you see above, shifting to the September 15 date you see below:

You can check it out for yourself. Just load up Apple’s event page on your iPhone and tap the Apple logo. This will bring up the AR experience, and you can watch the morphing logo on your device.

Of course, that’s par for the course. Apple typically doesn’t reveal what it’s going to announce with an event invite. That would defeat the purpose, probably. But now we know when to expect the company to unveil new products.

We can expect to see a LiDAR Scanner (like the one Apple introduced with the iPad Pro this year) in the Pro models as well. We will probably see a new dark blue color option added to the lineup this year, replacing the Midnight Green option with the iPhone 11 Pro series.

The new iPhones will reportedly feature flat edges, a design similar to the iPad Pro and iPhone 5. The new phones will also feature 5G connectivity, both sub-6GHz and mmWave.

And we should expect to see a new Apple Watch debut at this year’s event as well. The rumor mill has been relatively quiet on this front, at least compared to the iPhone 12 lineup. We have heard the new Apple Watch Series 6 will feature blood oxygen level detection, though. The ECG feature baked into the new smartwatch should be generally improved over what’s present in the Apple Watch Series 5.