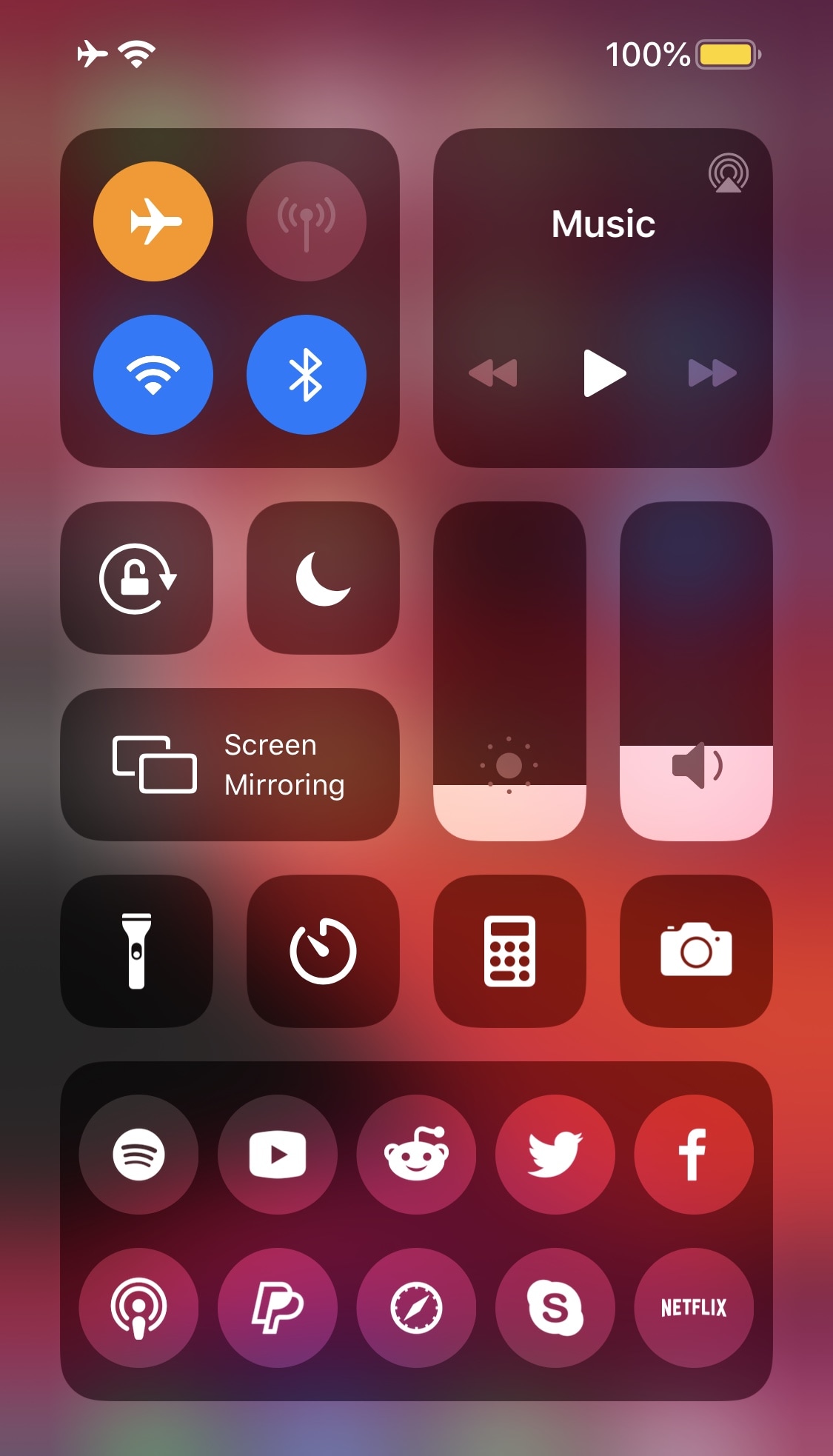 Apple created iOS’ Control Center interface to be an all-in-one hub for shortcuts and toggles, but for whatever reason, the company limits the shortcut selection to a small number of native apps without so much as the seemingly necessary option to configure custom app shortcuts of the end user’s choice.

If, like me, you despise Apple’s systematic disregard for user configuration, then there’s no doubt in my mind that you’ll enjoy the likes of a newly released and free jailbreak tweak called Coeus by iOS developer Azzou.

As depicted in the screenshot example above, Coeus lets users add another module to Control Center with any number of custom app shortcuts that they’d like, and you can even add Activator shortcuts to the mix. Users can choose how large or how small the module appears and the number of shortcuts that appear in it. Moreover, Coeus includes 70 pre-loaded glyphs right out of the box for some of the App Store’s most popular apps.

If the concept sounds familiar, that’s because the tweak is heavily inspired by a release from the days of iOS 9 called Polus. Coeus, on the other hand, has been created with the design principles of iOS 13 in mind.

Once installed, Coeus can be enabled by visiting Settings → Control Center → Customize Controls and dragging the appropriate item into the “Include” section, like so: 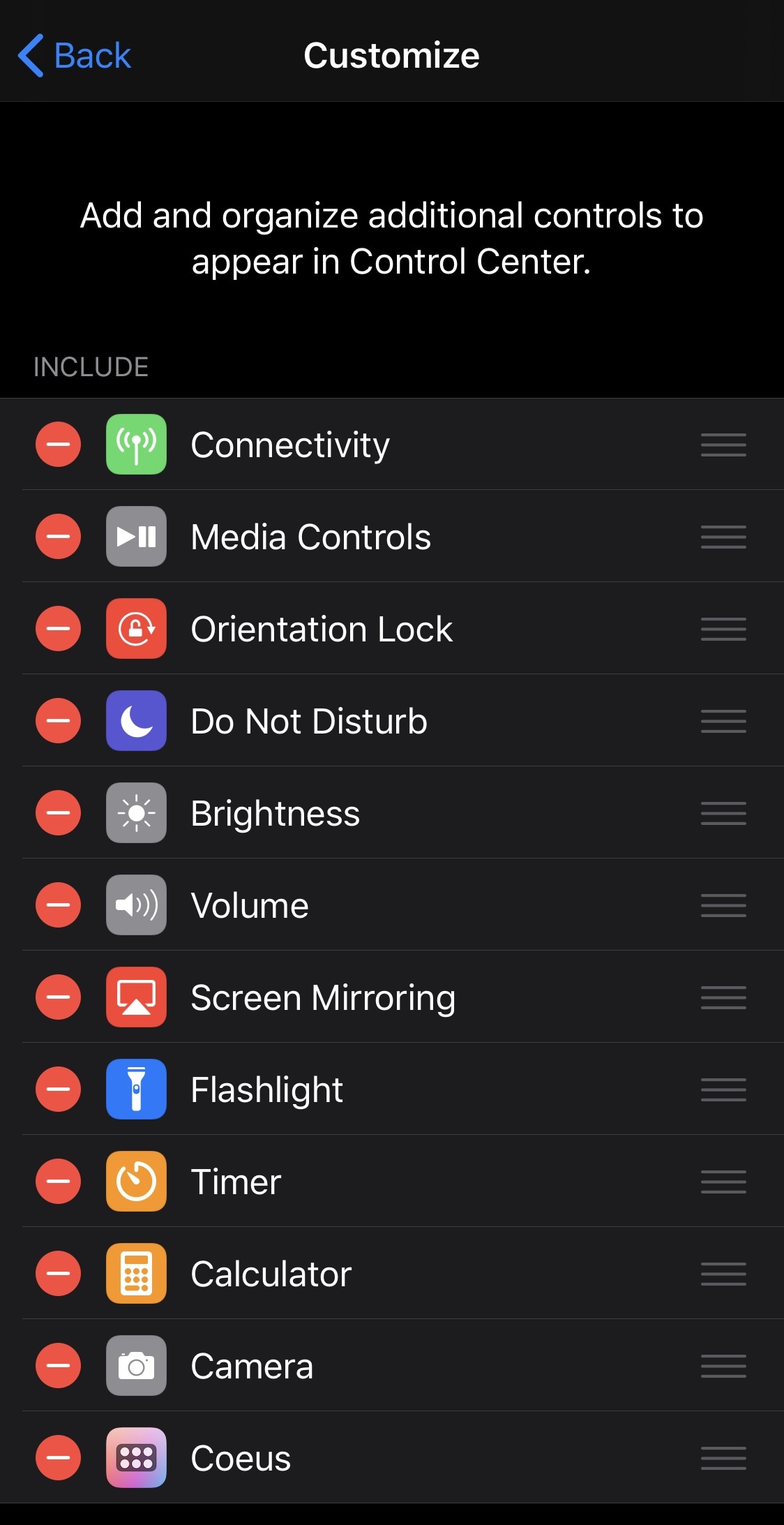 Once enabled, you can visit the Coeus preference pane and begin configuring the module to suit to your needs: 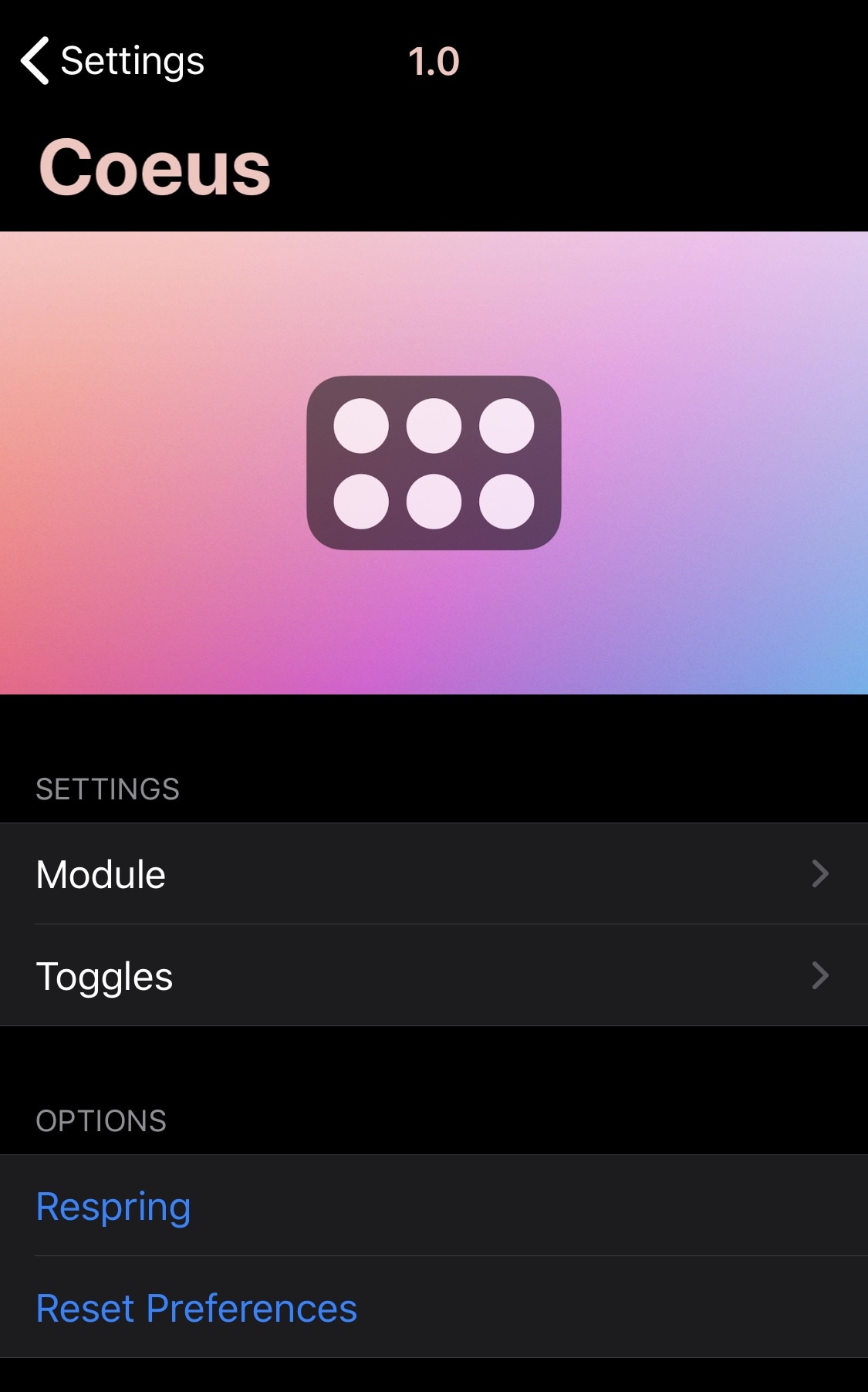 In the Module settings, you can:

In the Toggle settings, you can: 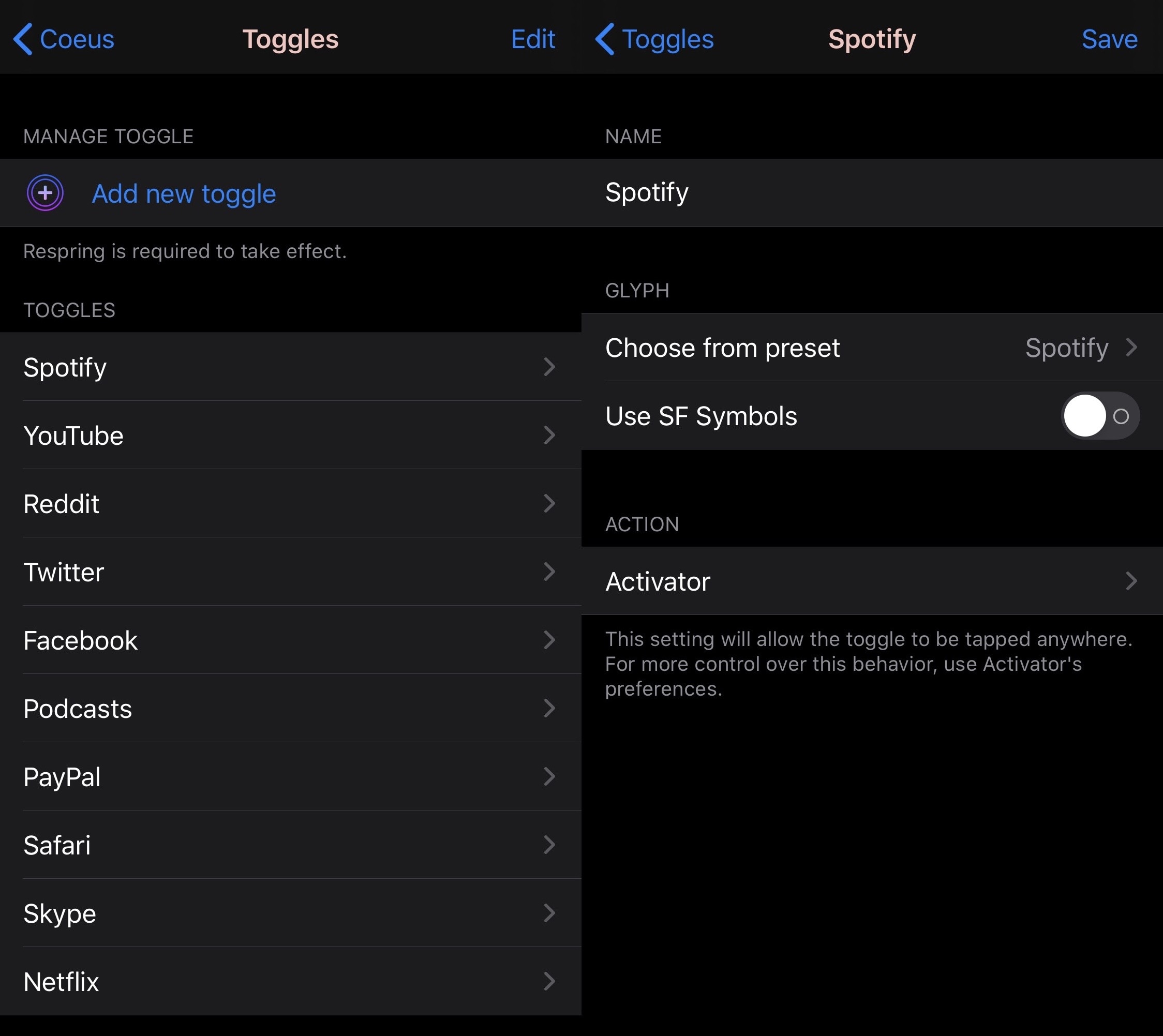 One thing we like about Coeus is that even if you don’t plan to use it to launch different apps, you can still use it to invoke Activator actions of your choosing. You can pick between making shortcuts for one or the other or creating an interface dedicated to both app shortcuts and Activator actions all in one place.

If you’re interested in giving Coeus a try, then you can download it for free from Azzou’s repository via your favorite package manager. The tweak supports jailbroken iOS 13 devices and is open source on the developer’s GitHub page.

Those not already using Azzou’s repository can add it to their package manager of choice with the following URL:

Do you plan to take advantage of Coeus? Discuss why or why not in the comments section below.