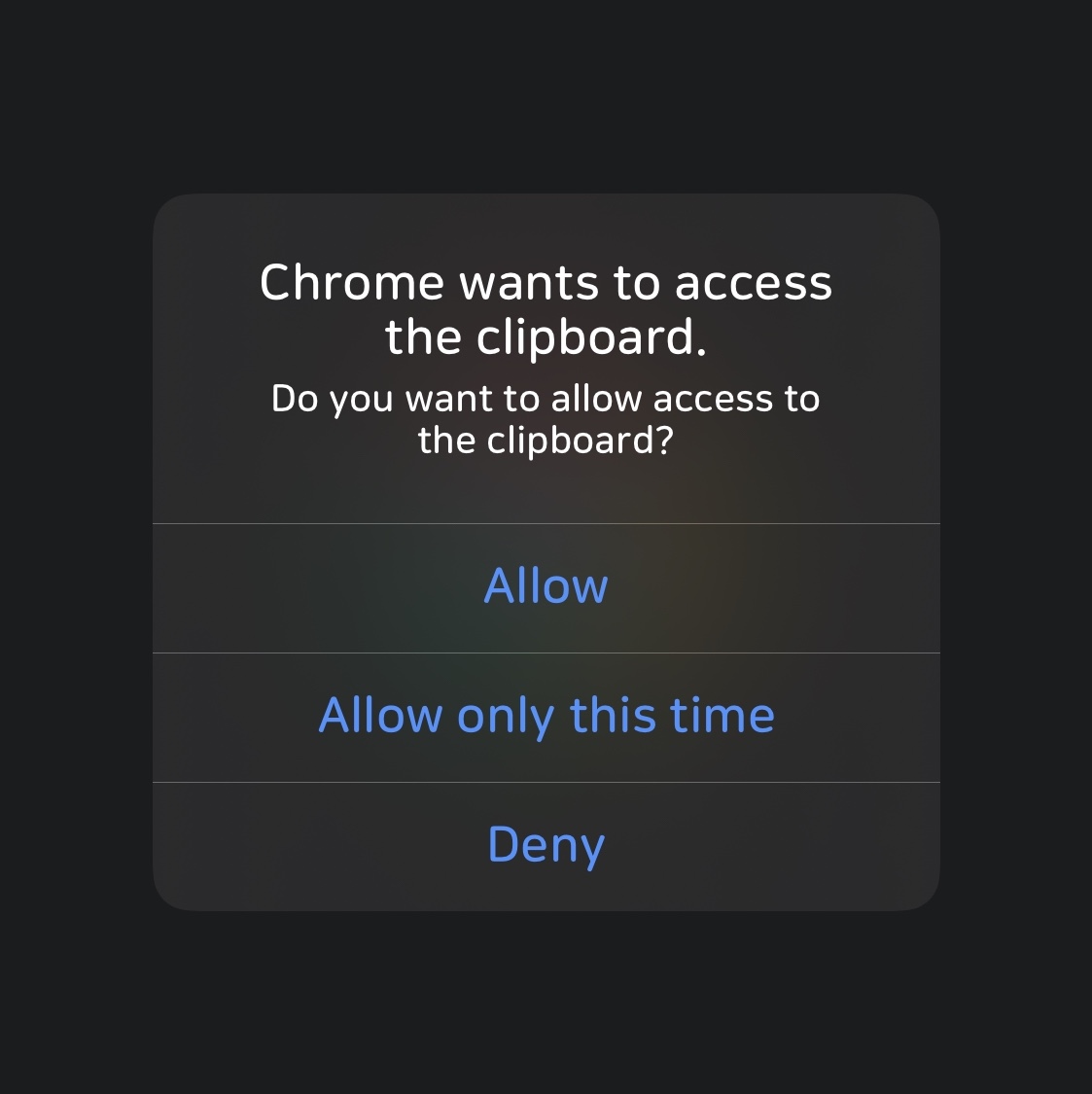 Privacy is a growing concern these days as seemingly more and more apps try to harvest our personal data for the sake of monetary gain. What we learn from this is actually quite simple: people generally don’t like being tracked and prefer to enjoy their right to privacy.

Smartphone-centric privacy breaches happen a number of different ways, including location tracking, camera or microphone spying, and/or Photo Library snooping. But the pasteboard, which may sometimes store sensitive information if you do any copying and pasting on your iPhone or iPad, is another thing that often slips under the radar.

ConfirmPasteboard is a new and free jailbreak tweak by iOS developer Baw Apple that, as shown in the screenshot example above, takes an iOS 14-style approach to preventing apps from enjoying carte blanche over your pasteboard data. Instead, it asks that user if they want to allow pasteboard access to a certain app, otherwise barring that app from viewing the contents of your pasteboard.

Why is this useful? You may not realize it, but you probably store personal information in your pasteboard from time to time. Whether you’re copying a password from a password manager into a login screen or you’re copying phone numbers or other personal information, all of that gets stored in your pasteboard and can be easily read by apps. In fact, it was only recently that some apps received heat for needlessly snooping on users’ pasteboards.

With ConfirmPasteboard, you can either allow an app to use your pasteboard indefinitely, allow it just one time, or deny access indefinitely. Having this ability at your fingertips ensures that you won’t accidentally reveal potentially confidential information to any one app, which could prevent a potential security breach involving your personal information at some point in the future.

Once installed, ConfirmPasteboard adds a dedicated preference pane to the Settings app where you can toggle the tweak on or off on demand system-wide, or individually on a per-app basis: 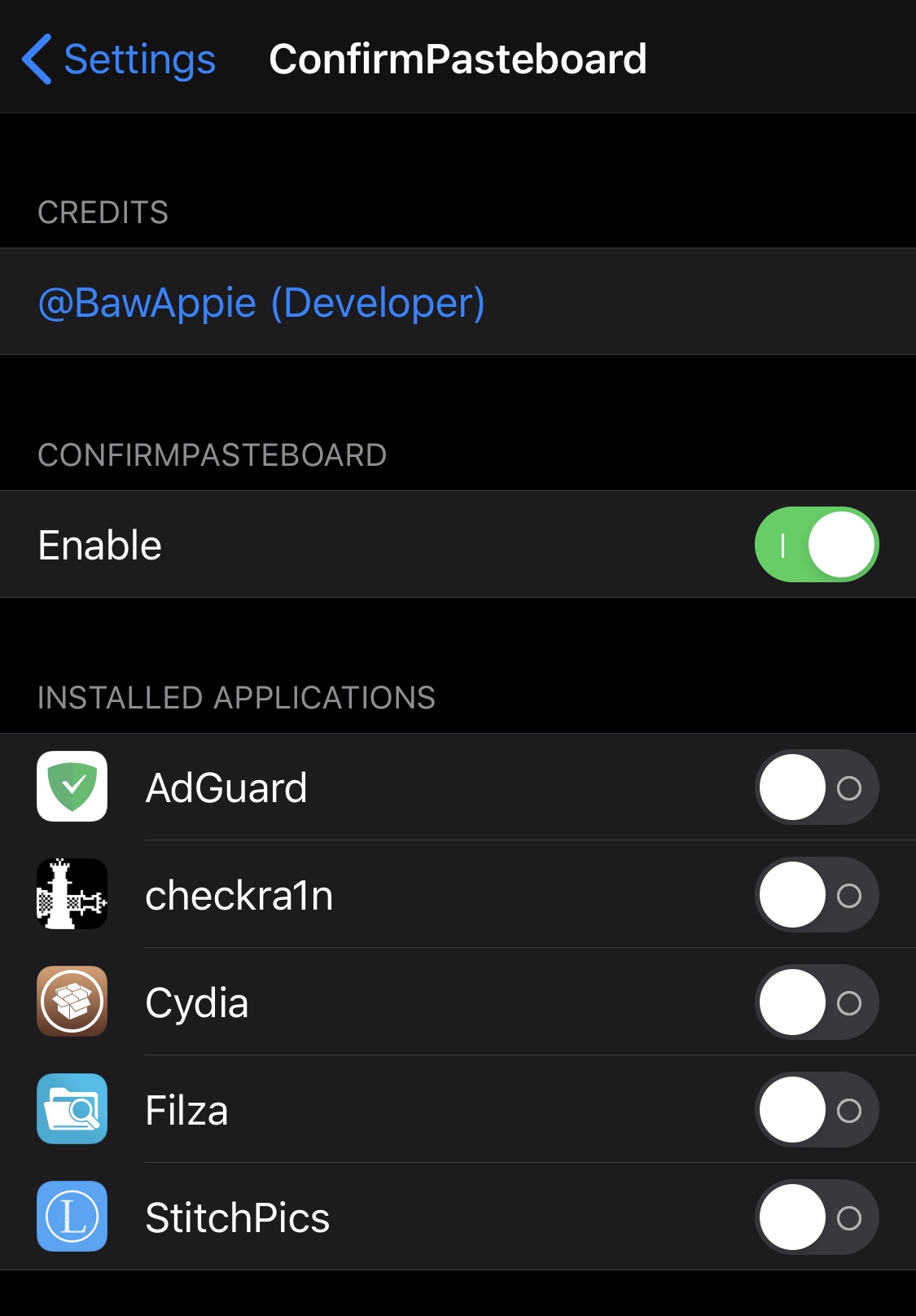 Those interested in trying the new ConfirmPasteboard tweak can download it for free from the Merona repository via their favorite package manager. The tweak supports jailbroken iOS 13 devices and is open source on the developer’s GitHub page.

Those who aren’t already using the Merona repository and would like to add it to their package manager of choice can do so with the following URL:

Do you plan to enhance your jailbroken device’s pasteboard privacy with the new ConfirmPasteboard tweak? Let us know in the comments section below.