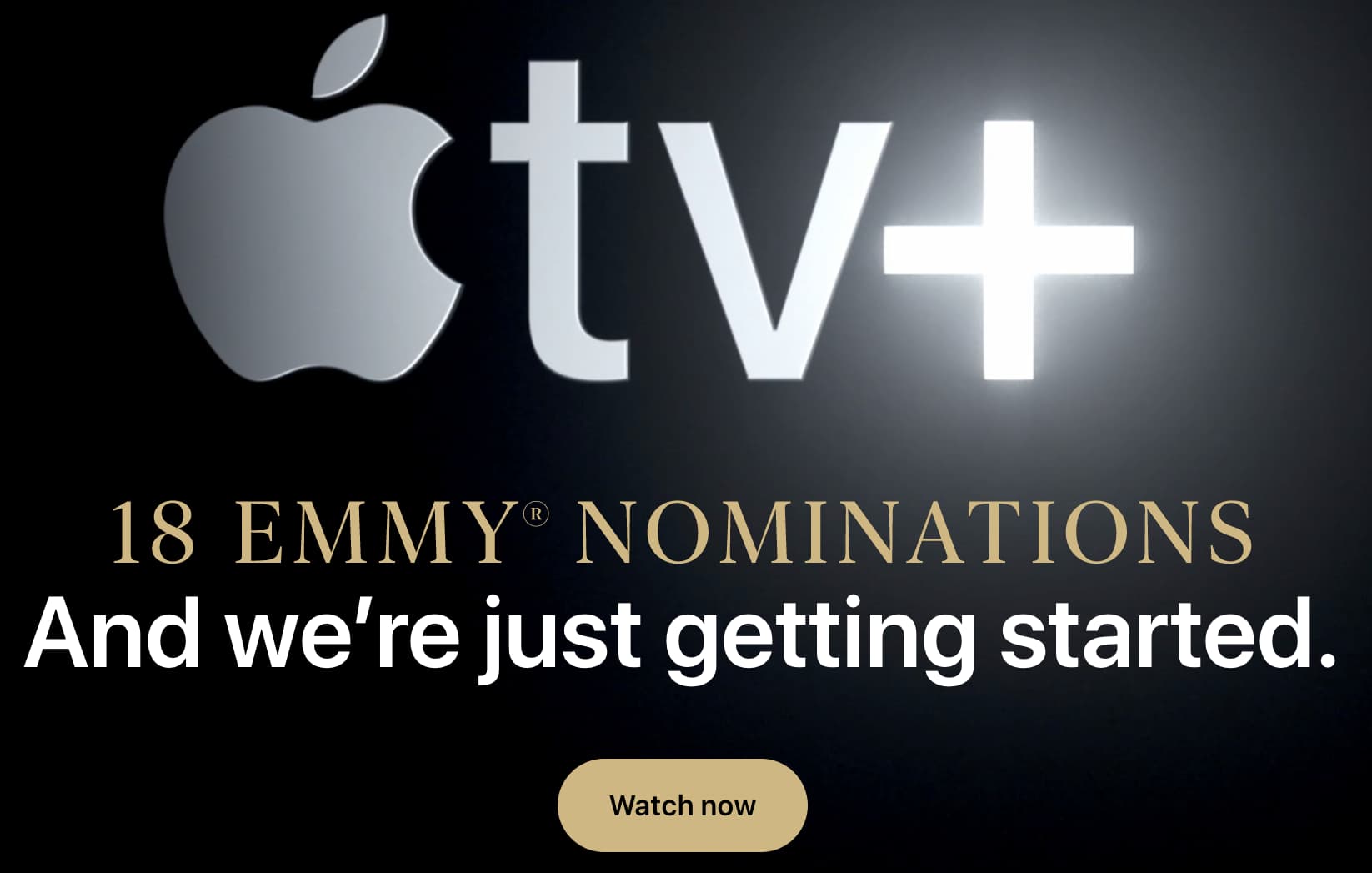 Apple TV+ had some rough waters to navigate with early reviews of premiere TV series, but, since then, the service has come into its own.

Shows like The Morning Show, See, Dickinson, For All Mankind, Defending Jacob, Little America, Ted Lasso, and others have all seen positive feedback. And some of these shows have even earned awards nominations, too. Today, Apple took over its own homepage with the accolades Apple TV+ has earned up to this point.

We’ll break them down just below.

And the nominations go to…

That’s quite a bit to brag about! Especially considering Apple TV+ launched at the tail-end of 2019. And this isn’t even all of it!

Did you make it through any of these shows and documentary films? If so, which has been your favorite Apple TV+ content so far?