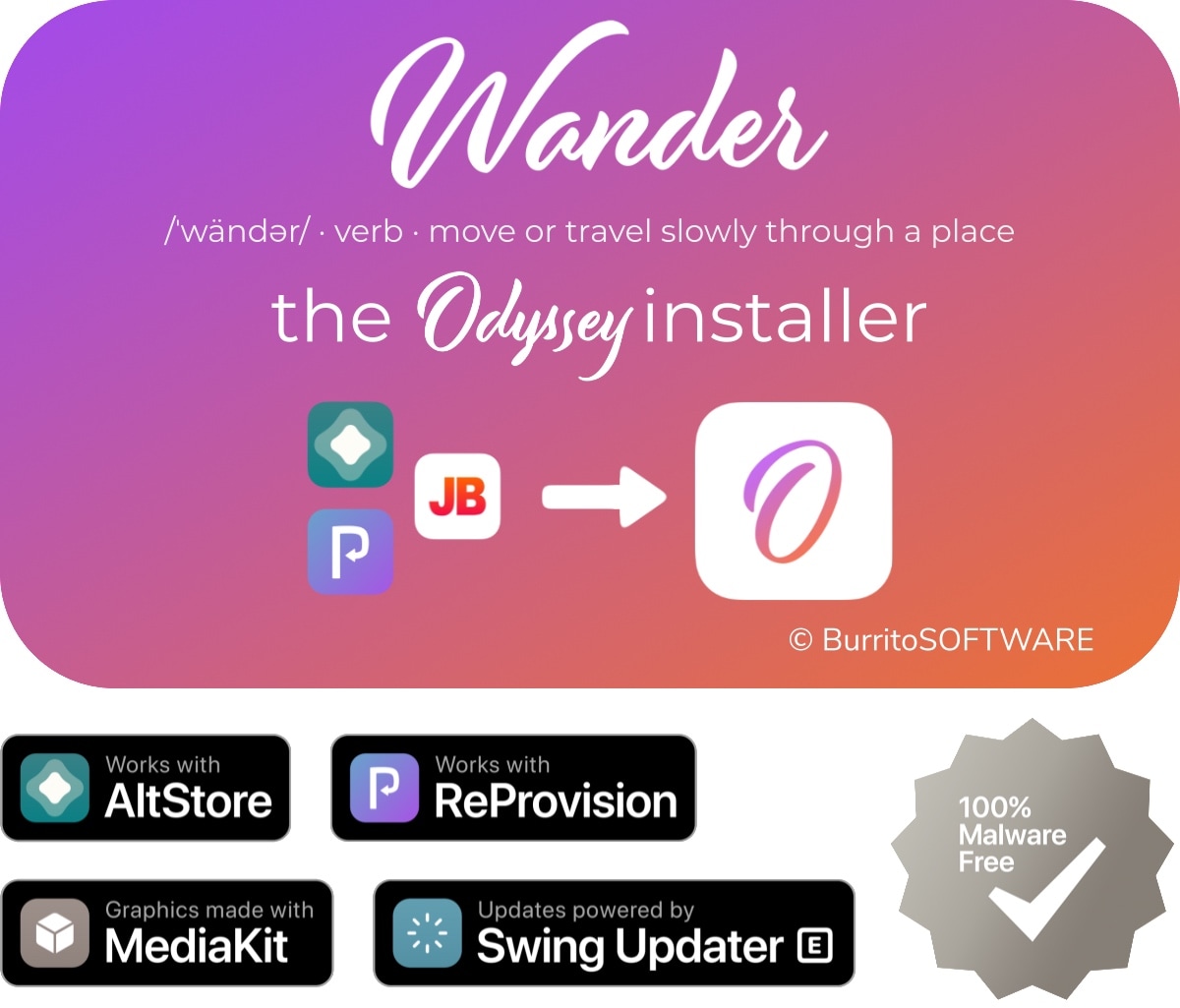 The Odyssey Team officially released the Odyssey jailbreak to the general public last week following a limited public beta testing period. While the Odyssey jailbreak can be installed with the AltStore utility for both Mac and Windows, some users might be excited to learn about a new on-device option dubbed Wander by BurritoSoftware, which can be used to deploy an installation shortcut via Apple’s own free Shortcuts app.

Wander is especially made for iOS 13 devices, which makes it an ideal match for the iOS 13-centric Odyssey jailbreak. The new shortcut installs the Odyssey jailbreak with just a tap, and more importantly, is fully compatible with other side-loading utilities including AltStore, ReProvision, and signing services like Jailbreaks.app. The announcement that it would be used by the Odyssey Team was made via Twitter: 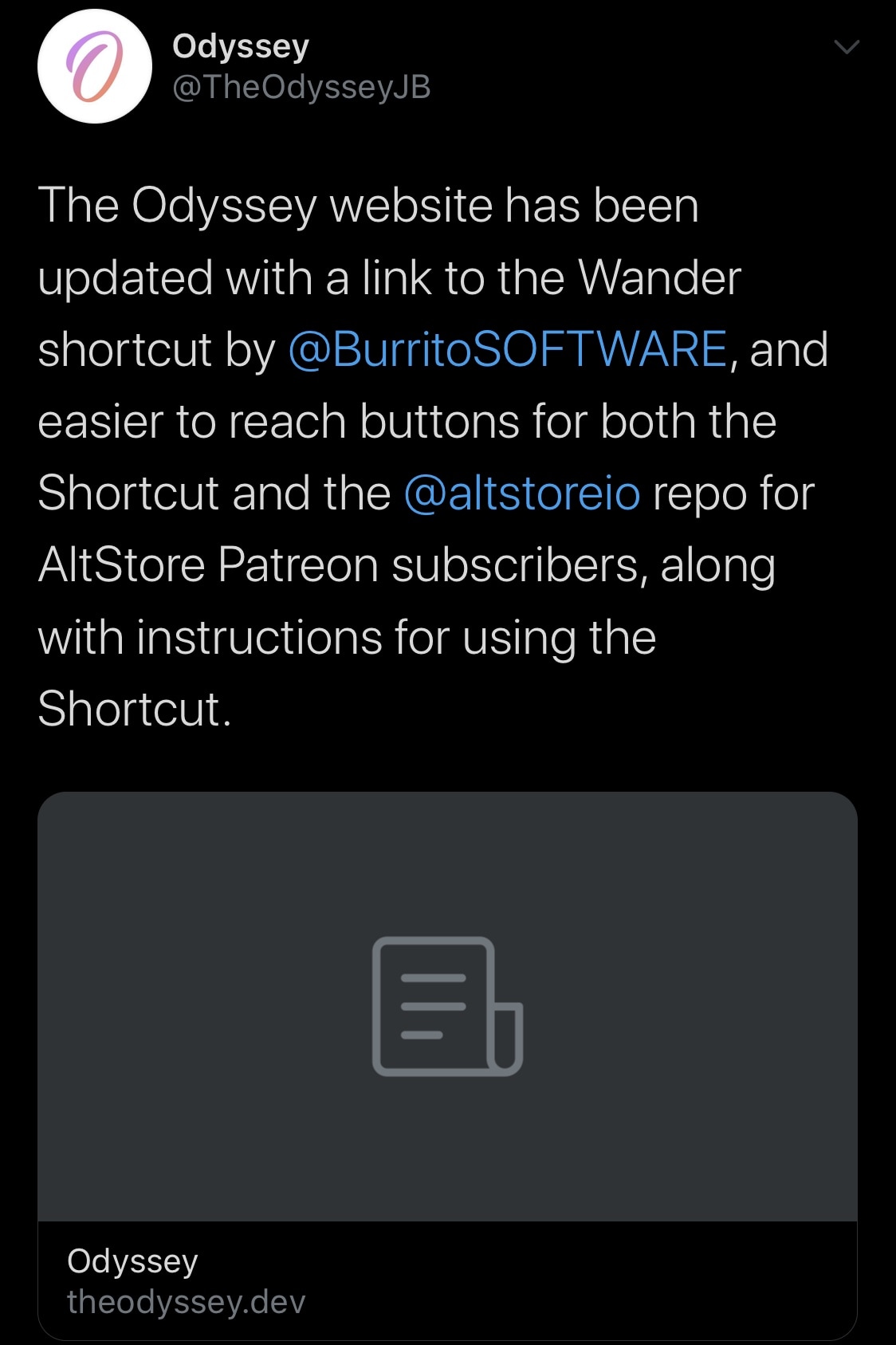 Starting today, Wander is being touted as the official Odyssey jailbreak installer” by the Odyssey Team and also by BurritoSoftware. It works together with other services on your device to install this particular jailbreak. The full tidbit below:

Wander is the official Odyssey jailbreak installer designed in California. Easily download the Odyssey app and install it with a variety of methods. Check the change log of new Odyssey releases quickly. When timed, it is faster to update Odyssey via Wander then through Safari.

The Odyssey Team updated its theodyssey.dev page late last night to add a link to the new shortcut, which takes you to a website where you’ll see a button labeled “Get Shortcut.” Upon tapping this button, you can add the Wander shortcut to the Shortcuts app to install the Odyssey jailbreak using a variety of methods. Please note that you will need Apple’s official Shortcuts app on your device before using Wander – it’s a free download from the App Store.

It seems like Wander might be a bright start to something new for the jailbreak community; on the other hand, it doesn’t seem likely that this shortcut will be made available for the competing unc0ver jailbreak anytime soon.

Are you excited to give the new Wander utility a try? Let us know in the comments section below.