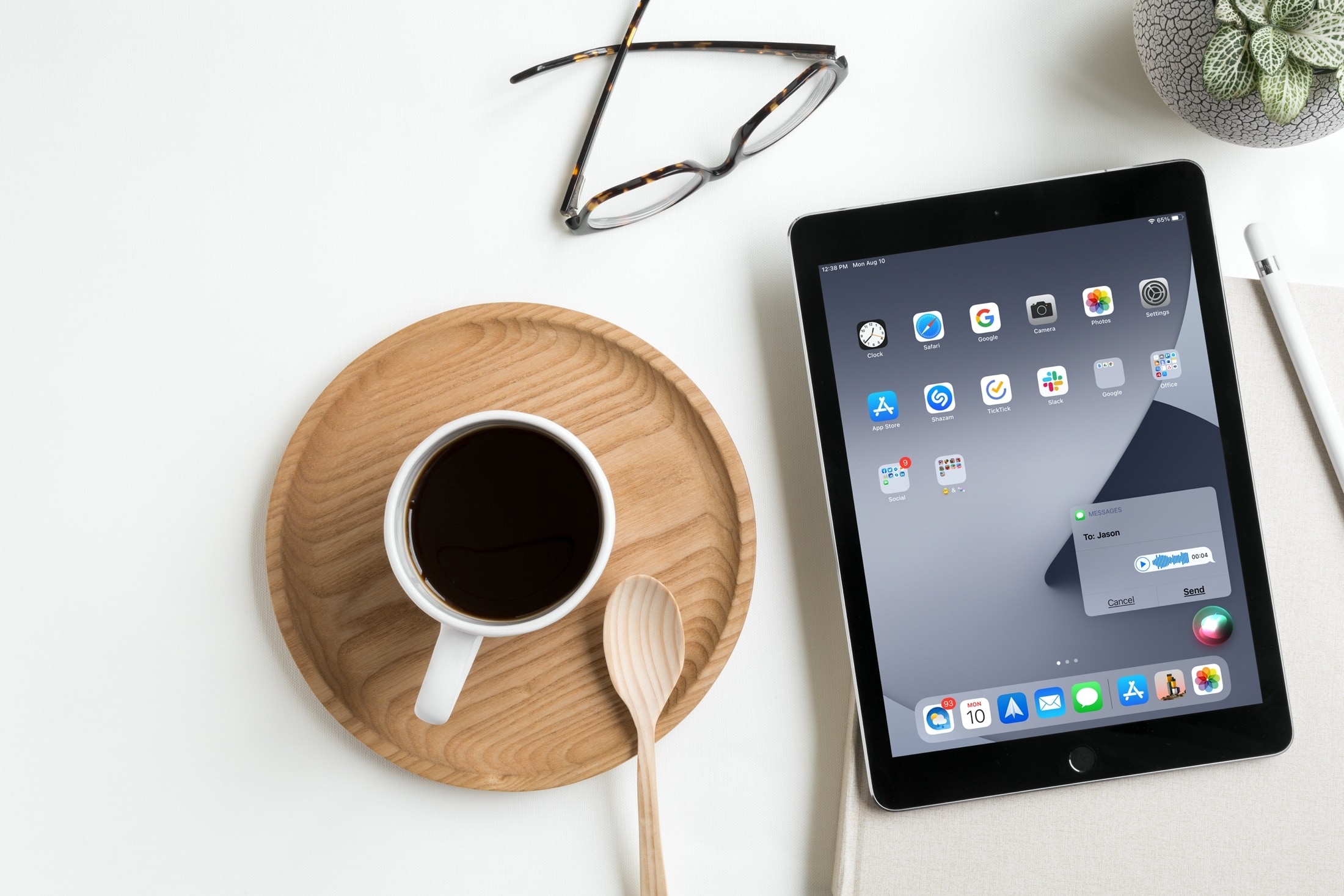 With iOS 14 and iPadOS 14, Apple has given Siri a bit of an update. You’ll notice a more compact Siri that doesn’t take up your whole screen, a feature to always show Siri captions, and the ability to enable transcriptions for Siri requests. Another cool thing Siri can now do you for is send audio messages.

If you’ve tried to ask Siri to send an audio message for you in the past, you would have received a response like, “Sorry, I can’t send audio for you.” But you won’t have to see or hear that response from Siri again. Here’s how to send audio messages with Siri on iPhone and iPad.

Send an audio message with Siri

Summon Siri as you normally do with “Hey Siri” or one of your device buttons. Then use the command “Send audio message to [contact’s name]”.

Siri will let you know that recording has started. So speak, sing, or shout your audio message like you would within Messages itself. 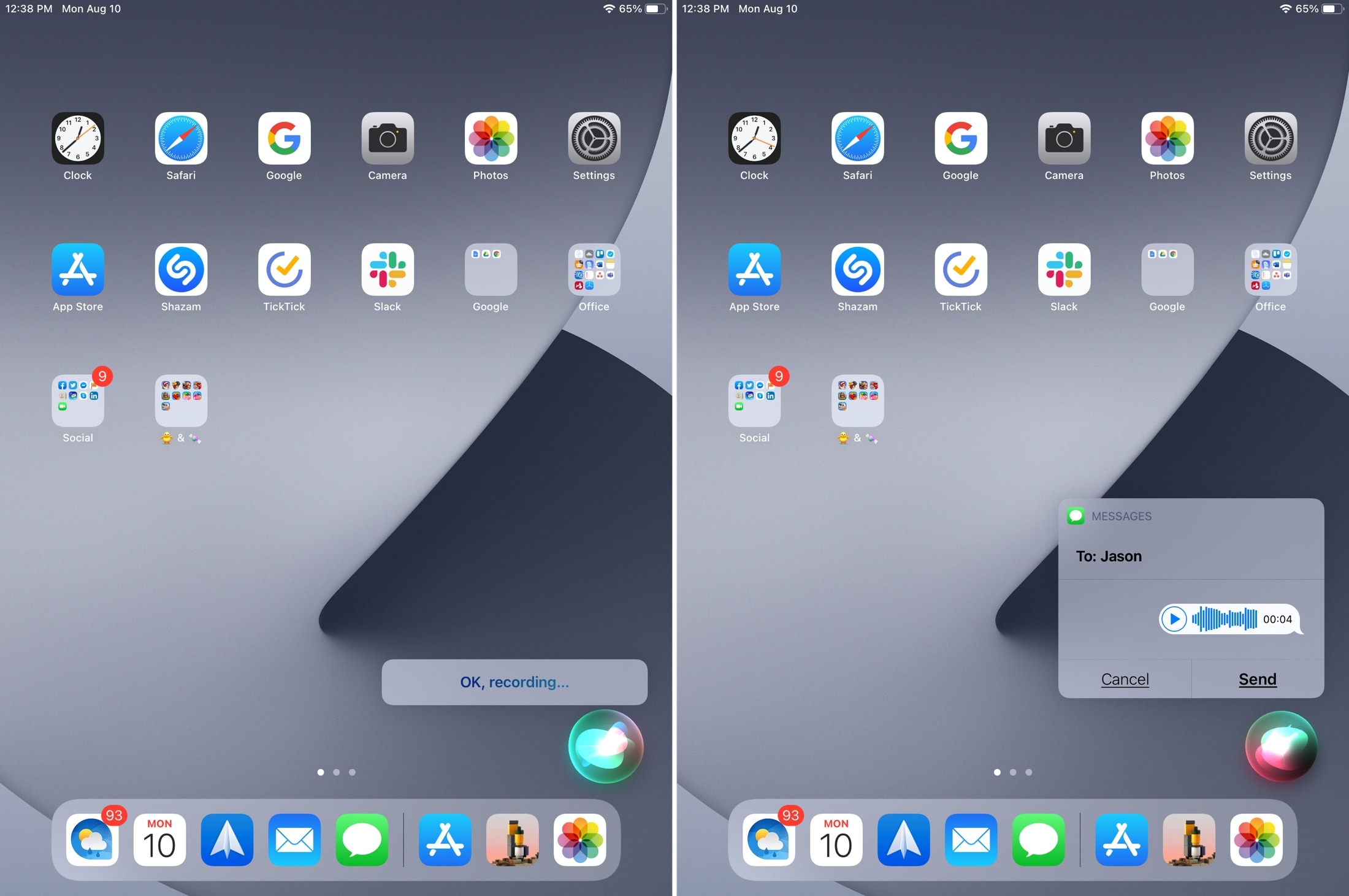 As a reminder, you can set your audio messages to expire and be removed from your conversation history after two minutes or not at all. This applies to audio messages you send as well as those you receive.

1) Open your Settings and select Messages.

2) Scroll down to Audio Messages and tap Expire.

3) Select either After 2 Minutes or Never. 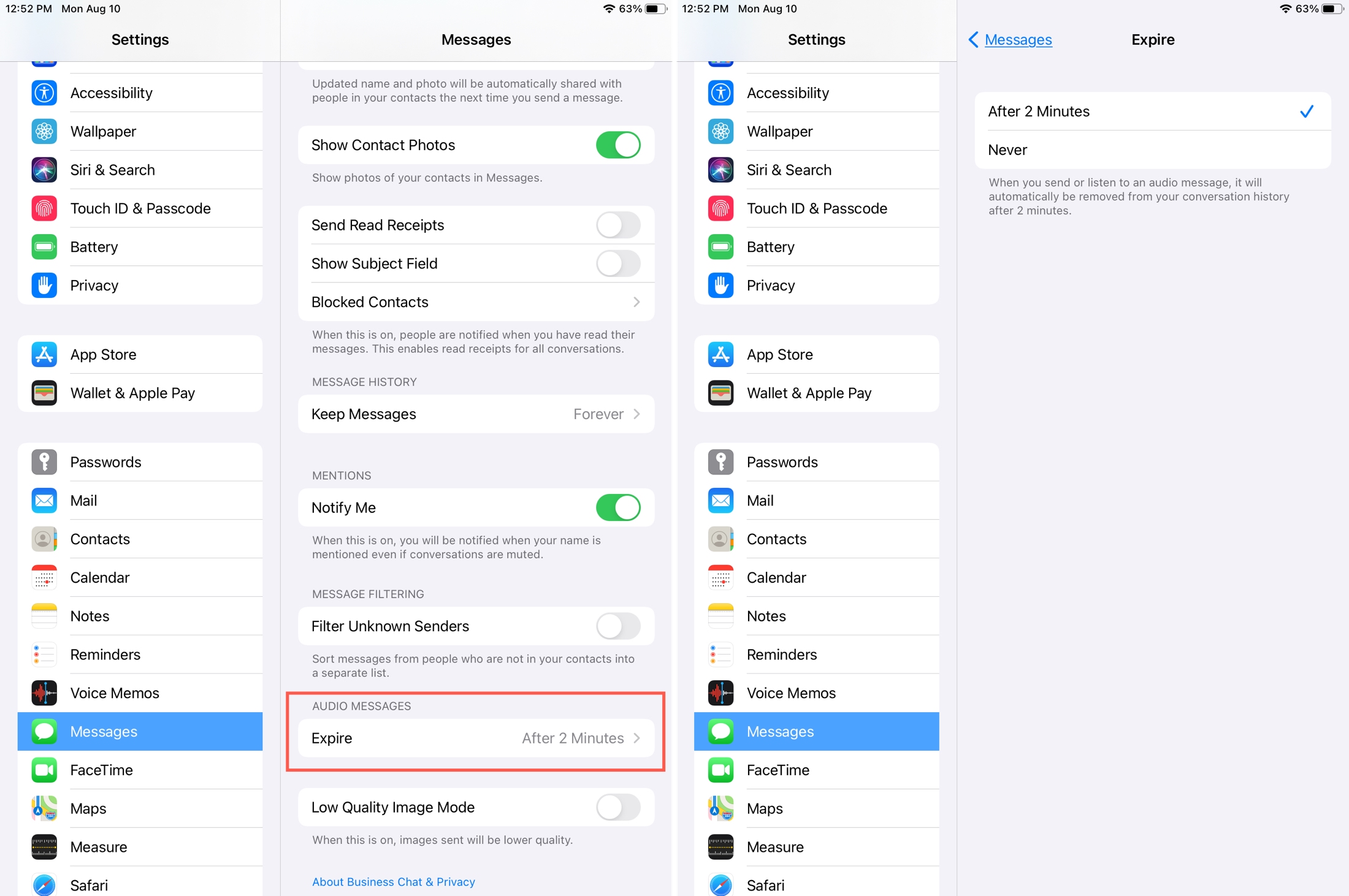 Tap your arrow to go back or simply close your Settings.

Siri does receive some nice updates here and there, and the ability to send audio messages is one that you’ll appreciate if you send these types of messages often.

Let us know what you think about this new Siri feature added with iOS 14 and iPadOS 14. You can comment below or ping us on Twitter!