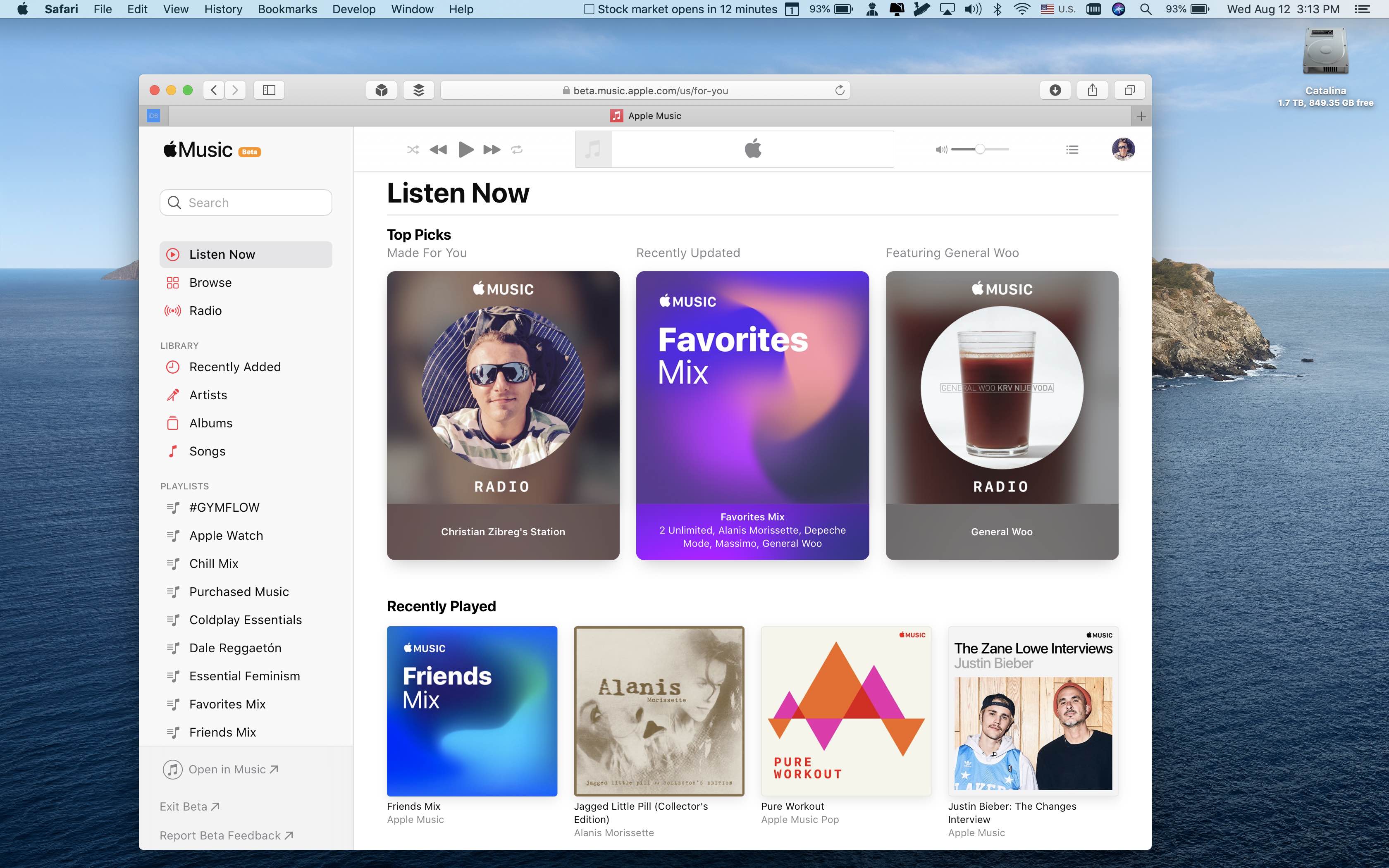 The Listen Now tab, which replaces the previous For You tab, is also found in the Music app on iOS 14, iPadOS 14 and macOS Big Sur. It features all your personalized content and recommendations that were previously accessible through the For You tab, including your recently played songs, and curated playlists.

Some features that are present on the iPhone, iPad and Mac are still nowhere to be found in the web version of the Music app, including song lyrics and the ability to edit playlists.

TUTORIAL: How to disable motion artwork for Apple Music playlists

It brings the entire Apple Music catalog and controls to any device with a modern web browser. After logging in with your Apple Music account at beta.music.apple.com, you can see your music library, listen to Beats 1 Radio, use search and more.

The editorial side of Apple Music is present in the relaunched web app, too.

The overhauled web interface will most likely replace the existing non-beta web app at music.apple.com when Apple’s software updates releasee some time this fall.