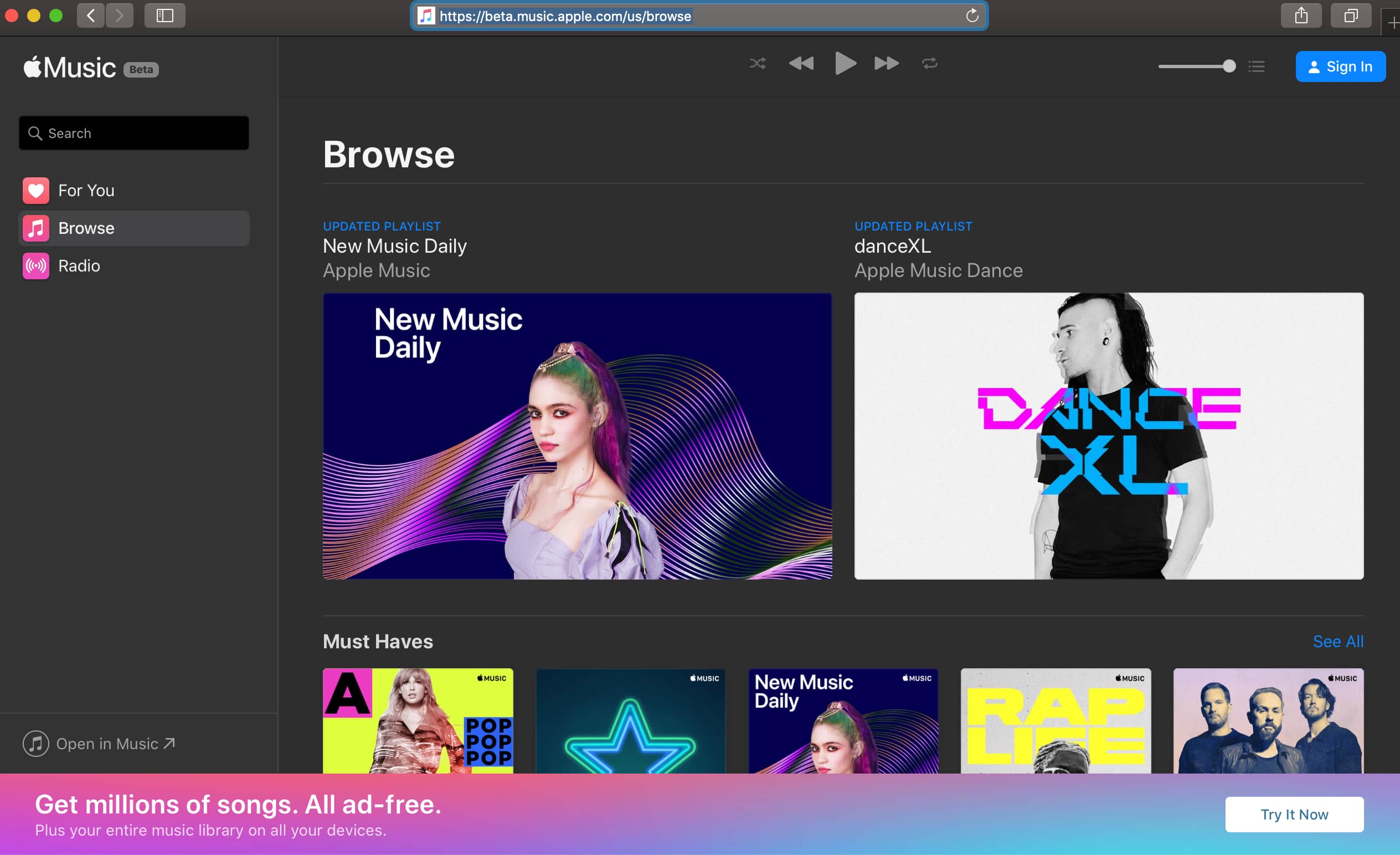 Apple Music is one of Apple’s most lucrative subscriptions, and the company already has it available on iOS and Android. And now it’s available directly on the web, too.

All of the core functionality is present. Subscribers have access to their library, radio, and search. And making sure you have the “Sync Library” feature switched on will make sure your library is available on the web as well.

The editorial side of Apple Music is also available in the new web app. That means the curated playlists, as well as the “For You” section. It’s basically the standard Apple Music experience, without having to rely on a third-party developer to get the same deal.

This will make Apple Music even more widely available to users, and it may have been a primary reason why some potential customers have not made the jump to Apple’s streaming music service. However, it is still in a public beta, so the overall experience may be a bit rough around the edges. Apple will surely refine that as time goes on.

Apple is looking to get feedback from users, so if you do try out the web app version of Apple Music, let the company know how it goes so they can address any issues that do come up.

You can find the new web app at beta.apple.music.com