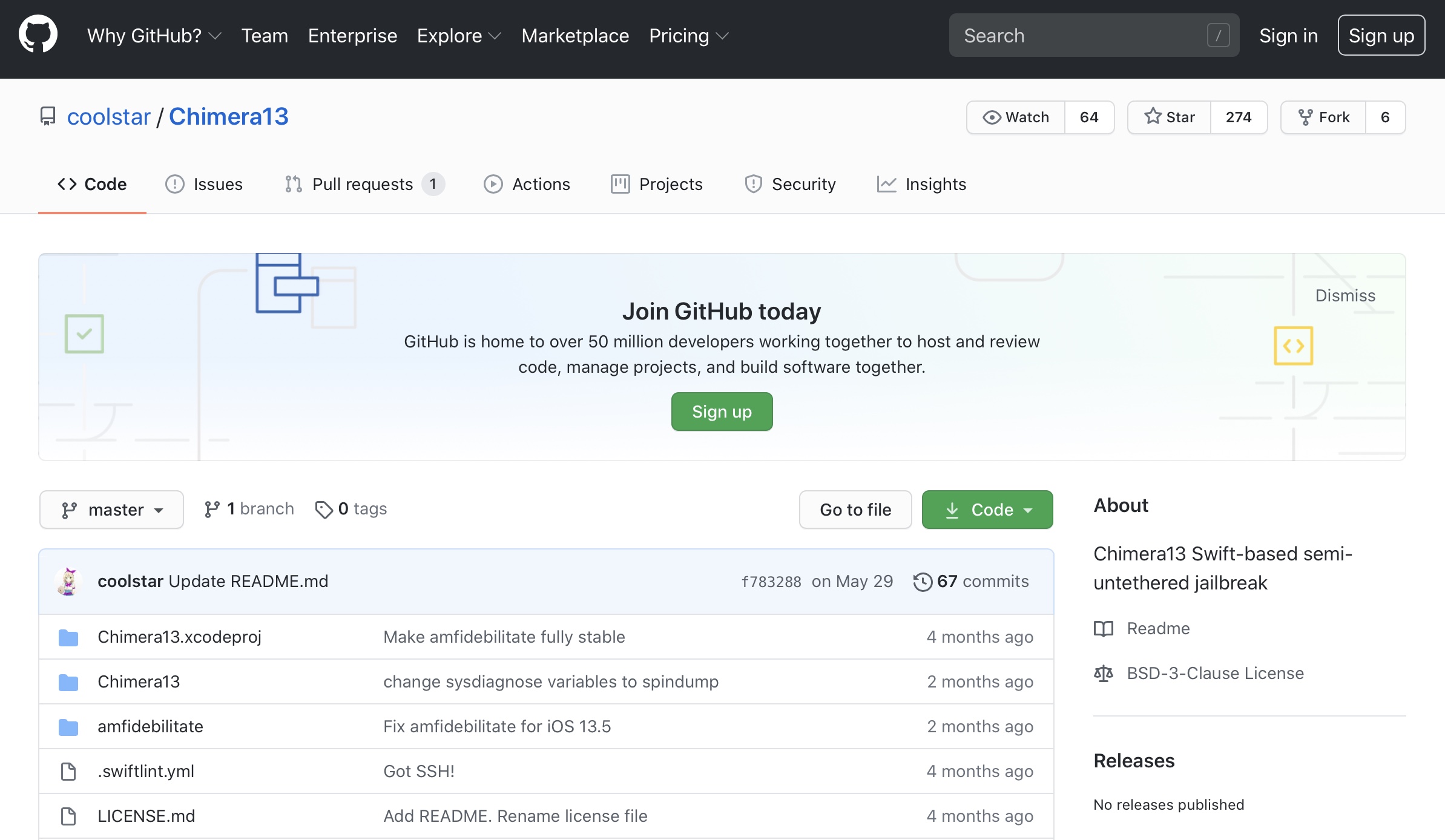 Those who’ve been following the CoolStar-led Odyssey Team’s upcoming Odyssey jailbreak for iOS 13 will remember that the tool’s corresponding Chimera13 GitHub page was slapped with a DMCA takedown request at the hands of the unc0ver team just before the tool was expected to be released to the general public.

Both sides have since submitted their parts — the unc0ver team saying that Odyssey used stolen code and the Odyssey Team obviously refuting such claims. As of today, however, it seems that GitHub chose to reinstate the Odyssey Team’s Chimera13 GitHub repository, an evident victory for the Odyssey Team and its following.

For those interested, the details surrounding the unc0ver team’s takedown request and CoolStar’s response are available below:

With the repository reinstated, it seems likely that the Odyssey Team could push forward with a public release of its jailbreak tool in the very near future. It’s worth noting that project lead developer CoolStar already soft-launched a public beta version of the Odyssey jailbreak via a Tweet earlier in the month, but an official release wouldn’t be a beta.

As of right now, those following the Odyssey jailbreak and updates concerning its release are advised to stay tuned for the latest news as it breaks. We’ve already taken the liberty of creating a step-by-step tutorial explaining how you can jailbreak with Odyssey when it officially launches.

Will you be using the Odyssey jailbreak when it launches, or will you continue to use other jailbreaks? Let us know in the comments section below.