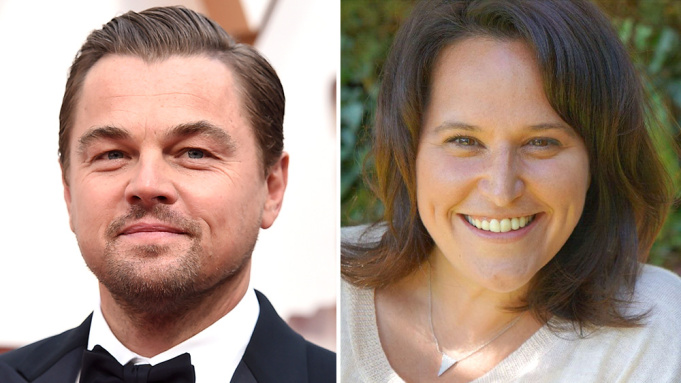 Leonardo DiCaprio isn’t a stranger to working with Apple TV+, and now his production studio is signing a major deal with the streaming service.

As first reported by Deadline on Monday, Leonardo DiCaprio’s Appian Way Productions has signed a first-look deal with Apple TV+ for both films and TV shows. Appian Way was founded by DiCaprio, and it’s co-run by Jennifer Davisson (also pictured above). This is another major deal for Apple TV+ and Apple as a whole, a commitment from Appian Way to produce new films and TV series and give Apple TV+ the ability to pick them up before any other company out there.

As noted above, this is not the first time that DiCaprio has worked with Apple TV+, with the actor in the leading role for the upcoming Killers of the Flower Moon and serving as a producer on the thriller Shining Girls, set to star Elisabeth Moss:

The pact build on Apple and DiCaprio’s existing relationship collaborating on the high-profile upcoming feature Killers of the Flower Moon, directed by Martin Scorsese and starring DiCaprio and Robert De Niro; and the recent series order for Shining Girls, a thriller drama starring Elisabeth Moss, which is produced by Appian Way.

Up until the new deal with Apple TV+ was signed, Appian Way had a major production deal with Paramount Pictures.

Apple is forking over a lot of money to secure these first-look deals. For instance, back in July we reported that Idris Elba and his production studio, Green Door Pictures, had secured a first-look deal with Apple TV+. And, earlier in the year, Ridley Scott’s production company Scott Free Productions, secured a deal with the streaming service.

The deals are one thing, and a potential indication that there is going to be a lot of exciting content coming to Apple TV+ at some point in the future. However, it will ultimately come down to what the films and TV series actually are. Will they be any good? There’s no guarantee, of course, but it’s safe to feel confident in Apple’s ability to choose what to bring to its streaming service.

While early reviews for series like The Morning Show, See, and For All Mankind weren’t great, each of those shows earned proper acclaim by the time their first seasons ended. Meanwhile, Dickinson has been praised from the get-go. And, since then, new entries like Defending Jacob, Amazing Stories, Little America, Little Voice, and others have all earned plenty of praise.

The future is bright for Apple TV+ and these first-look deals give the streaming service a huge opportunity to find the great content.