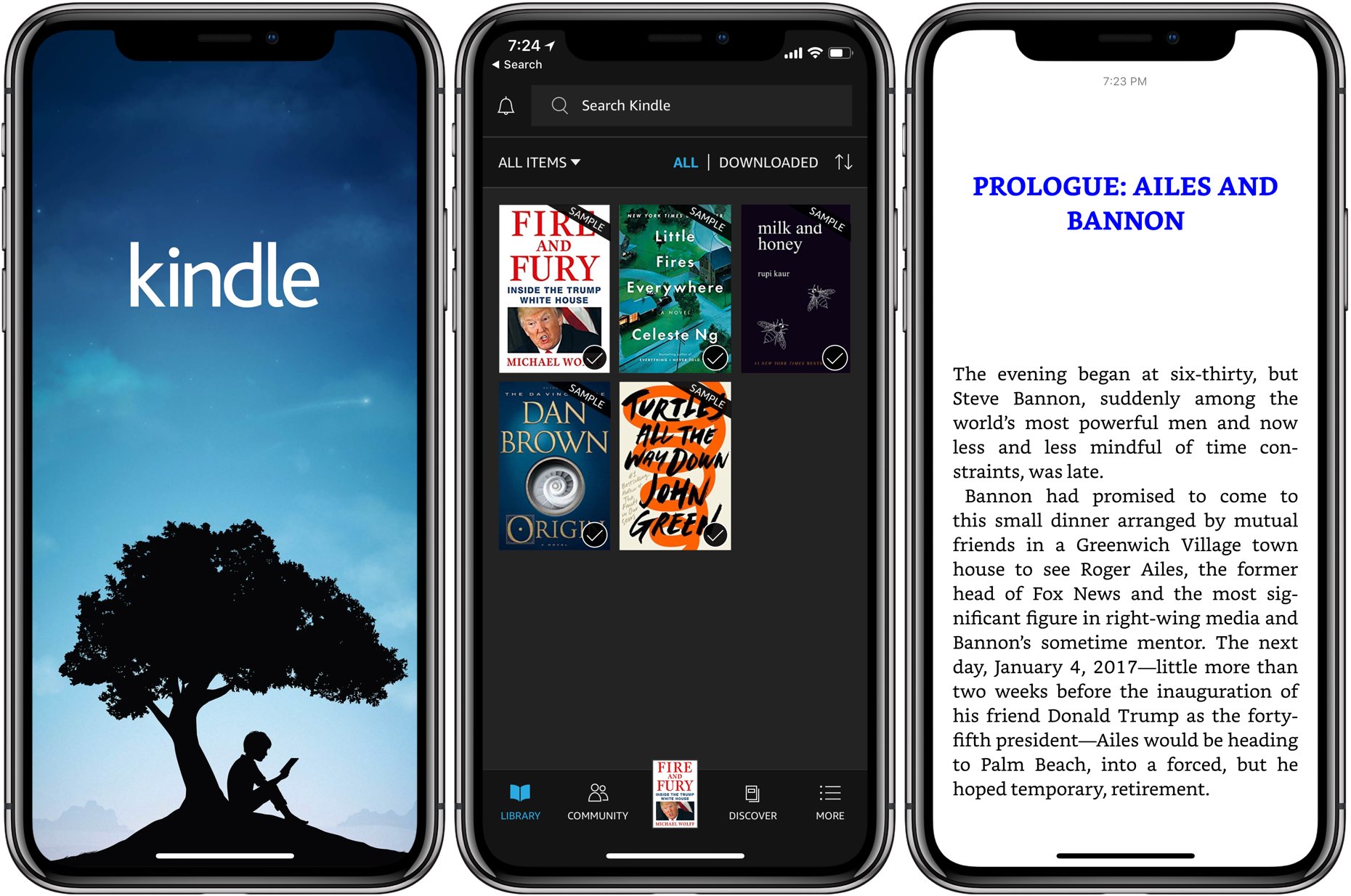 Yesterday, a handful of CEOs that compromise “Big Tech” testified as part of a probe into antitrust behavior. Now, thanks to Congress, emails released to the government as part of that investigation are coming to light and revealing some interesting things.

As noted by The Verge today, the email submitted to Congress regarding the antitrust probe have revealed what appears to be the gestation of Apple’s idea to limit digital book sales on iPhones, with the sole intent being that Apple’s first-party option is the go-to resource for users. The U.S. House Judiciary Committee’s antitrust subcommittee has published the emails, which you can see in bulk at the original report, but we’ve broken down some of the highlights below.

Using the Kindle app, but not buying books

In one of the emails, which was written in November of 2010, Apple’s marketing head Phil Schiller reached out to Steve Jobs, the company’s lead of internet services Eddy Cue, and product marketing chief Greg Joswiak in regards to how Amazon was marketing the Kindle app on iPhones. At the time, Amazon was making it clear that using the Kindle app was the best way to read digital books across devices — from iPhones to Android handsets.

Jobs’ reply was straight to the point, saying “[i]t’s time for Amazon to decide to use our payment mechanism or bow out [of the App Store]” and then adding in the same email: “[a]nd I think it’s time to begin applying this uniformly except for existing subscriptions (but applying it for new ones).”

In another exchange, Cue would lay out a new policy for subscriptions within the App Store. That conversation took place in early February of 2011. These new policies would be what Apple would fine tune and, ultimately, make public as the new go-to policies for the digital storefront and how subscriptions would be handled. In that conversation, Jobs made the motives behind the move clear:

I think this is all pretty simple — iBooks is going to be the only bookstore on iOS devices. We need to hold our heads high. One can read books bought elsewhere, just not buy/rent/subscribe from iOS without paying us, which we acknowledge is prohibitive for many things.

Other resellers, and Amazon, would later decide to remove links to the Kindle Store within the iOS app. And, since 2011, iPhone owners haven’t been able to buy a Kindle digital book directly through the Kindle iOS app. Instead, if you want to buy a book to read in the iOS app, you need to launch a separate web browser.

The original report also includes emails with a Facebook engineer named Joe Hewitt who took umbrage with Apple’s changes to developer relations and the developer agreement introduced in iOS 4.0. Jobs’ reply to an engineer raising some concerns is . . . striking, and yet perhaps not all that surprising. It’s worth checking out.

Apple is a company, and, like just about every other company out there, it’s going to make decisions that help sustain it in the market. Sometimes those decisions are going to get widespread derision, just like Apple’s App Store policies and fees — which Apple has shown is pretty normal when compared to the rest of the market as a whole.

In any event, these emails from Jobs and other Apple executives are sure to get plenty of attention.

What do you think? Is Apple in the right here, especially all these years later? Let us know in the comments.