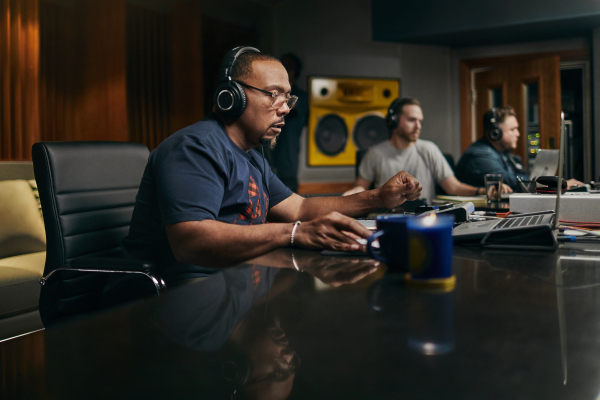 Apple is getting a prestigious new addition in the music battle scene, with Verzuz joining Apple Music and Beats 1 this week.

As reported by Variety, the battle series called Verzuz is joining the Apple Music and Beats 1 family beginning this week. The first episode will air on the radio service (Beats 1) on Wednesday, July 22, at 5:00 PM PT/8:00 PM ET. This series launched earlier this year, and it pits original artists and/or producers against one another. The series premiere on Beats 1/Apple Music will bring in some heavy hitters to kick things off, with MCs Snoop Dogg and DMX going head-to-head.

This particular series actually launched on Instagram Live, and it will continue to live there even after it debuts on Apple Music/Beats 1. The series will be simulcast to Instagram Live from here on out. Verzuz was founded by hitmakers Timbaland (pictured at the top of this article) and Swizz Beatz,

Once the battle has wrapped up, those interested in checking it out will be able to check the on-demand version on Apple Music.

The series first launched in March and has become an online phenomenon during the coronavirus pandemic. Alicia Keys, Erykah Badu, John Legend and DJ Nice are just a few of the artists who have faced off in (mostly) friendly competition, garnering views of up to 414,000 per IG Live event. The entire series sprung from an idea Swizz and Timbaland had been tossing around for some time, but finally decided to launch after the pandemic took hold earlier this year.

The Verzuz show has been popular, too. According to the report, artists who appeared on it have seen their streaming figures grow by upwards of 300%. And the fact that such big names agree to participate in the head-to-head battles makes it enticing for those who like the music and skill involved. As such, it’s no surprise that Apple Music will be working alongside Swizz Beatz and Timbaland to produce new episodes.

As for the future, it’s certainly bright:

DMX wants to battle Jay-Z, but he’s going to sound better against Eminem,” Swizz said. “People want Usher and Chris Brown, but, that’s a big brother/little brother thing: What I’d like to see is Usher going up against Justin Timberlake, and Chris Brown vs. Justin Bieber. That makes sense to me.

Are you going to tune in?