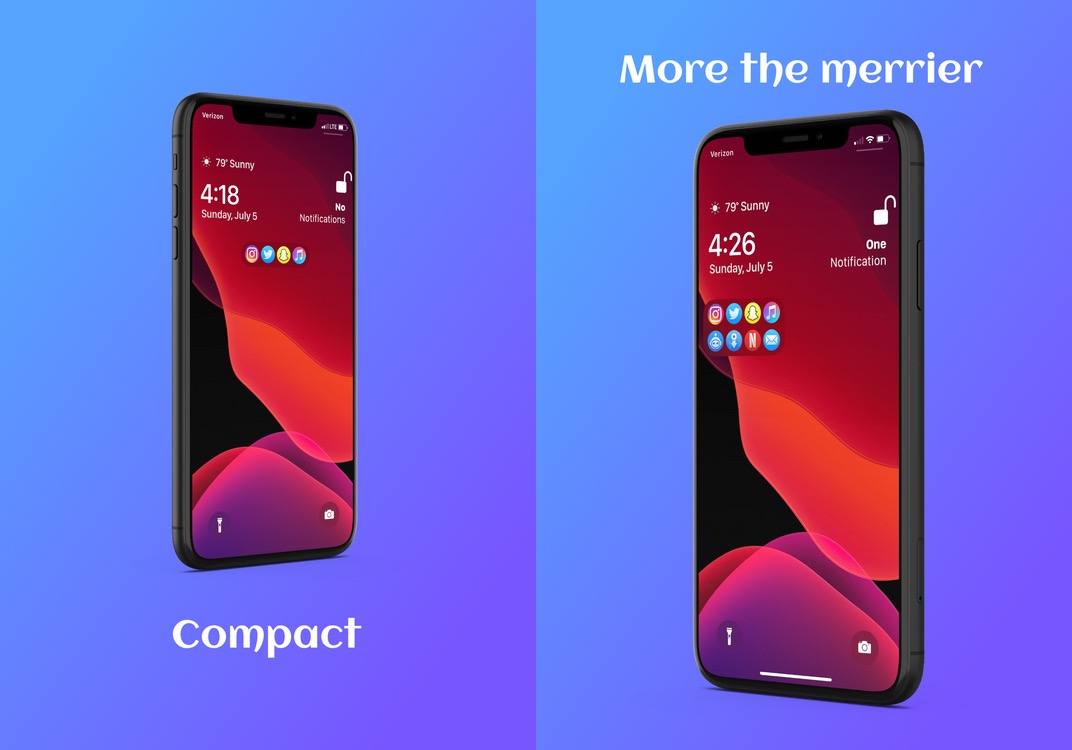 If there’s anything to be said about app launcher concepts, it’s that they’re a cornerstone of the jailbreak community’s existence. There’ve been literally countless app switcher concepts released as jailbreak tweaks over the years, and even today, they continue to materialize. One of the latest of such tweaks is one called Aperio by iOS developers burrit0z and Thenatis.

As you might’ve discerned already from the screenshot examples, Aperio is a Lock Screen-based app launcher interface that comes with different display modes to appease both minimalists and power users alike. If you’re more of a minimalist, then you’ll probably opt for the compact interface option, whereas power users will likely go for the more crowded interface.

Some of the main takeaways to be noted about Aperio are the following:

Once installed, users will find a dedicated preference pane in the Settings app where they can configure a number of options to their liking:

Digging deeper, we’ll show you what each of the aforementioned preference panes will let you do: 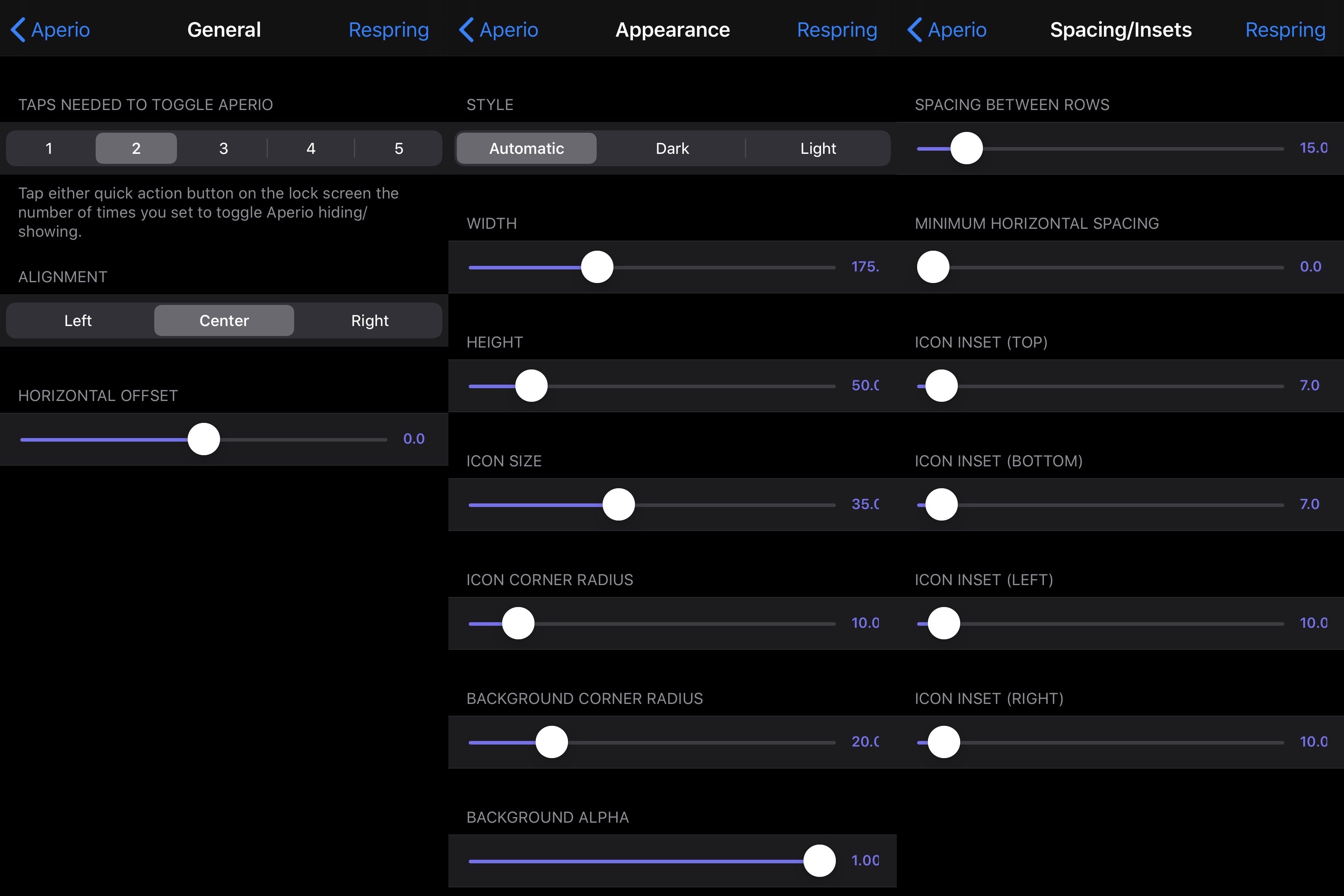 In the General preference pane, users can:

In the Appearance preference pane, users can:

In the Spacing/Insets preference pane, users can:

The developer includes a Respring button at the top-right of the preference pane so that users can save any changes they make.

There are tons of app launcher options available in a bevy of repositories, including a free release that we showed you yesterday called FastAppLS. Aperio shines in the fact that it’s both affordable and functional.

Those interested in trying Aperio can download the tweak for free from the Dynastic Repo repository. Aperio supports jailbroken iOS 13 & 14 devices.

Do you plan to install Aperio on your iPhone, or do you use an alternative app launcher tweak? Let us know more about your setup in the comments section below.