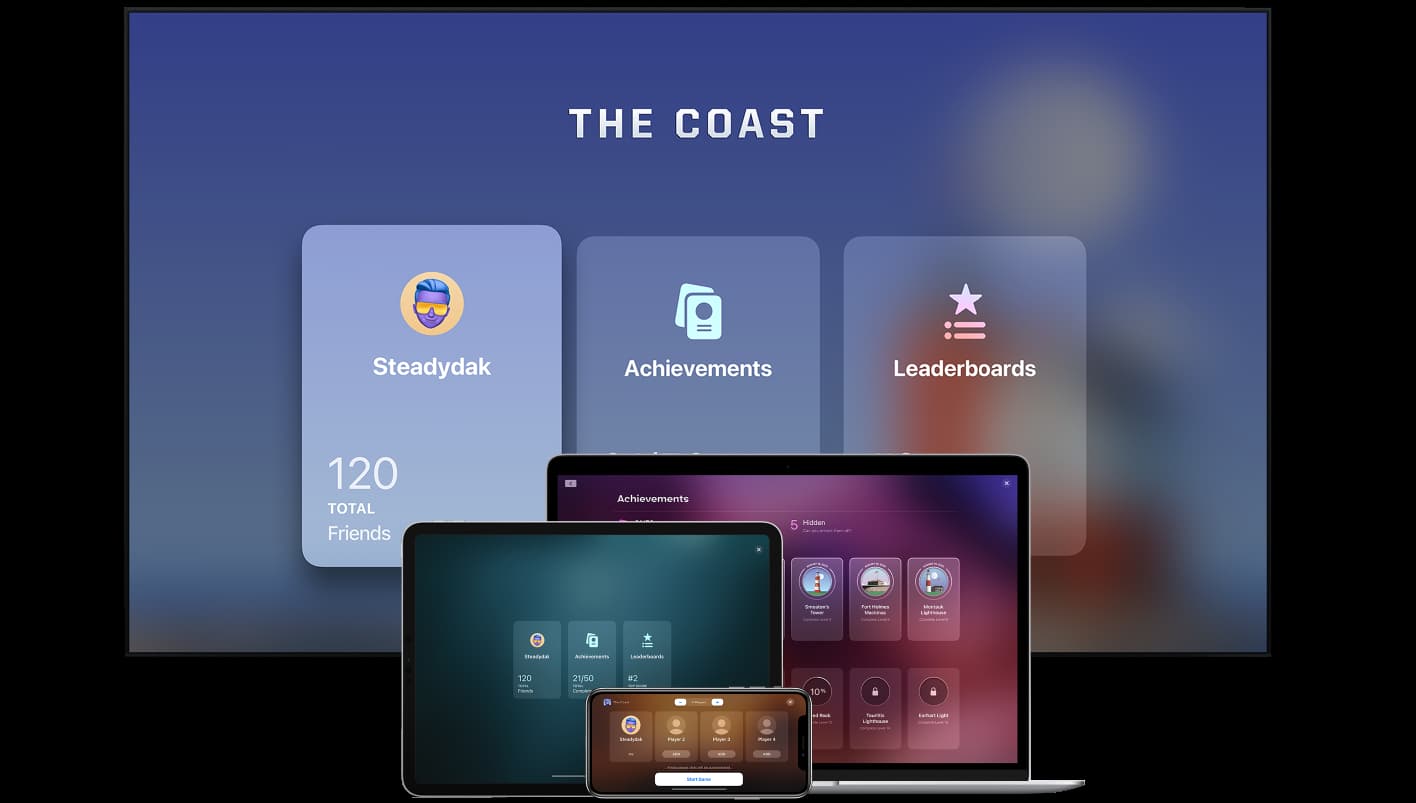 Apple launched Game Center with iOS 4 way back in 2010. Since then, Apple has ebbed and flowed with regard to supporting the service. But with iOS 14, tvOS 14, and macOS 11.0 Big Sur, the company is ready to breathe new life into it.

Today, as this year’s all-online Worldwide Developers Conference continues, Apple showed how it is making changes to Game Center, how developers can take advantage of new tools to integrate with GameKit, and much more. First and foremost, Game Center is getting revitalized from the ground up essentially, with an all new look, feel, and even more to offer for games that actually take advantage of the service.

With a new design, players will find it easier to see their own profiles, see the achievements they have already earned and still need to earn, check out their friends list, and much more. As long as developers integrate Game Center into their game, players will be able to do all of this within the game itself, rather than a standalone Game Center app (which Apple removed in 2016 anyway). 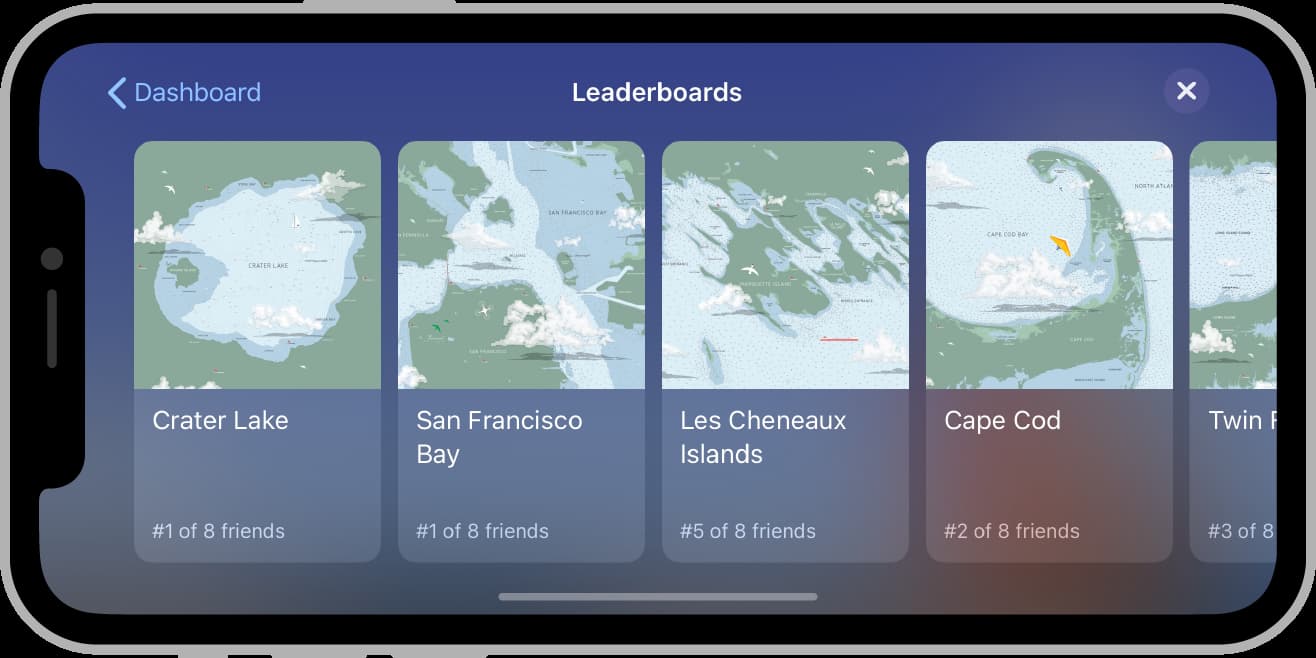 Leaderboards are getting revamped as well. Apple’s new methodology behind the feature is to have options for daily, weekly, and monthly competitions. Similarly, Game Center users will be able to keep track of their friends’ progress in the games they are playing. And for games available in Apple Arcade, Game Center will show the games that are popular with your friends. 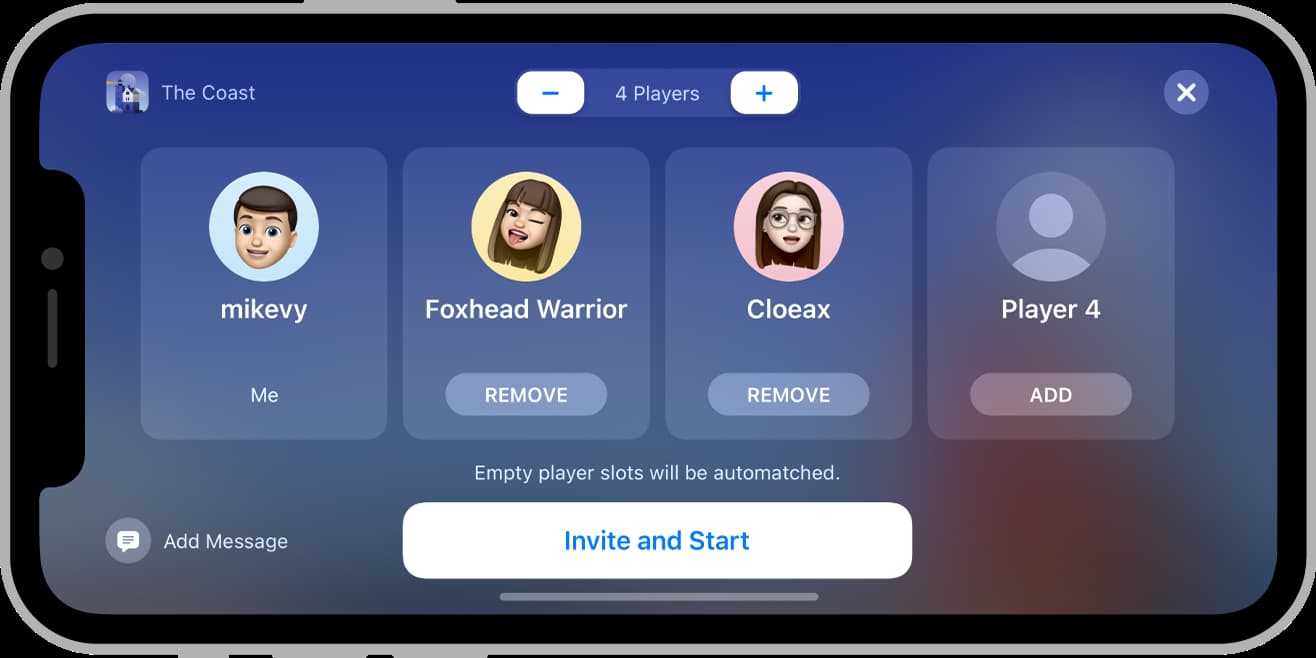 Multiplayer games are getting a lot more attention in Game Center as well. The service will support turn-based and real-time multiplayer sessions. Game Center can facilitate bringing friends and players together, with an easy UI to invite players to each session. You can see what that looks like in the image just above.

Game Center supports real-time and turn-based multiplayer functionality. When you adopt Game Center’s full-featured UI, you can provide a familiar and consistent matchmaking experience. In particular, you can offer the built-in player picker view, which helps players find people for a match without leaving your game. The built-in picker view can list system-suggested contacts, Game Center friends, and players who have recently participated in non-auto-matched games.

Apple is making a lot of changes to Game Center, many of them welcomed additions to the service. But with Game Center having been stuck to the background for so long, it will be interesting to see if it takes off with developers and players alike. Of course, the new Game Center won’t see any attention at all if developers don’t integrate it into their games, so if you like these new elements you’ll have to cross your fingers that devs implement the changes in iOS 14, macOS Big Sur, and tvOS 14.