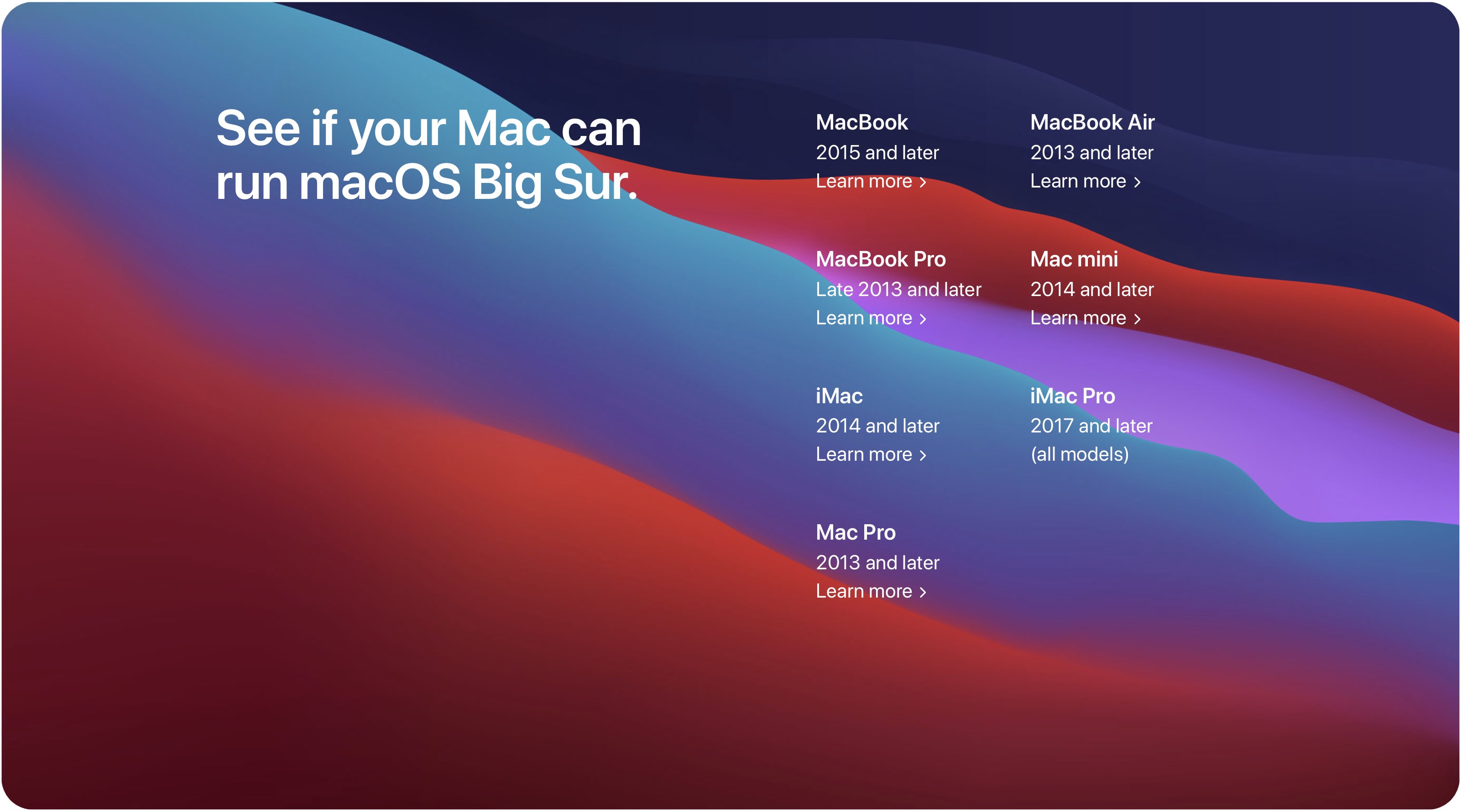 Apple previewed the first developer-only beta of macOS 10.16 during its WWDC 2020 keynote, which was held on Monday, June 22, 2020. The software update is scheduled to arrive sometime this fall, but the official device compatibly list is already available to customers.

Compared to the previous macOS 10.15 Catalina update, the macOS 10.16 software supports many Mac computer models manufactured in the past seven years with a few exceptions.

To find out more about macOS 10.16 Big Sur, visit apple.com/macos/big-sur-preview/features. 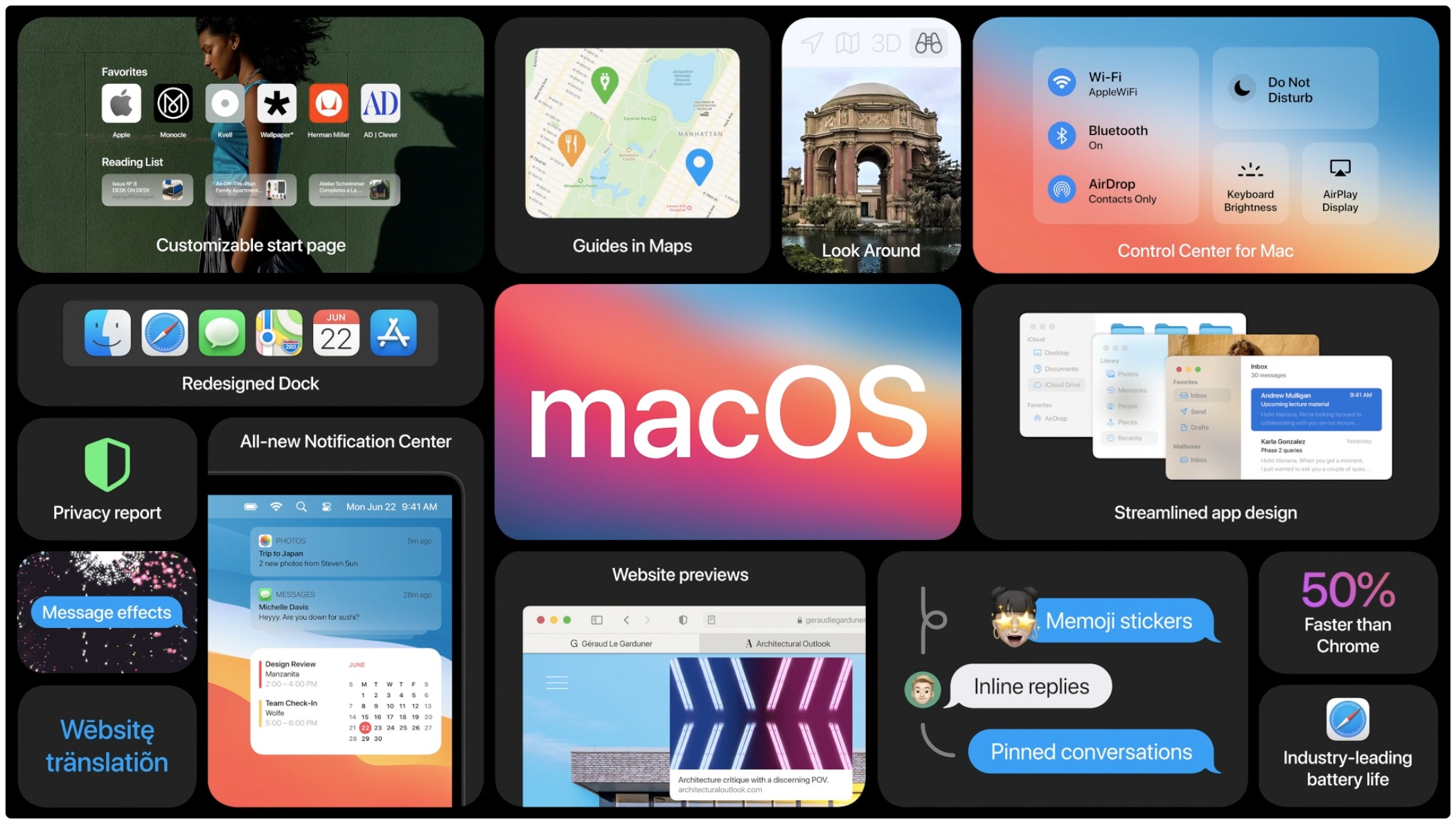 We also have device compatibility lists for other Apple OS updates:

These updates are releasing publicly in the fall.

How to identify Mac computer models

If you’re unsure about the precise model of your Mac desktop or notebook, don’t despair — simply follow the steps in our tutorial which will walk you through identifying your Mac model.

This article will be updated when new compatible Mac models are released in the future.