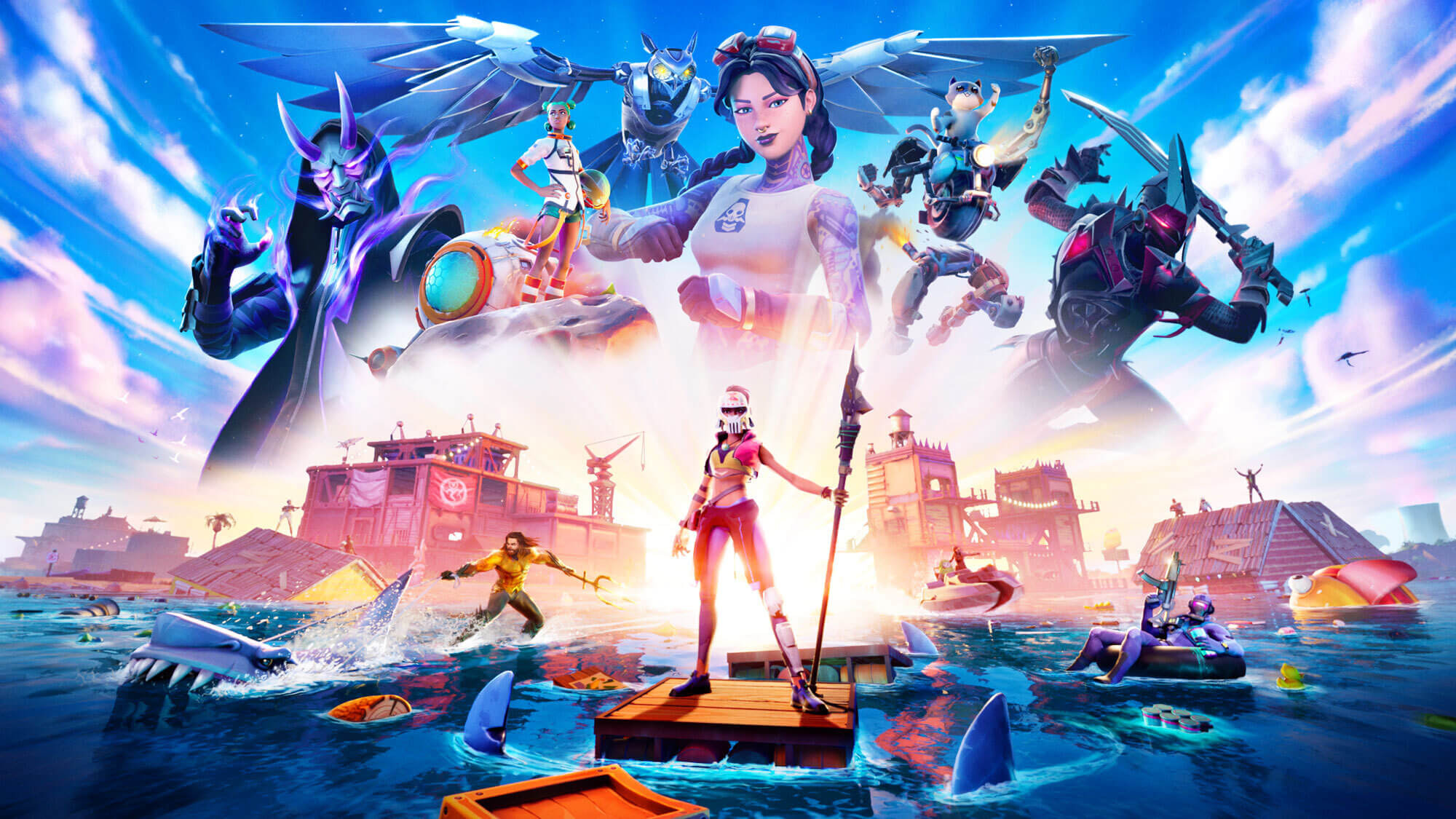 Large ares of Fortnite’s battle royale island are now submerged. There’s a new Waterworld-style floating city area and you can water ski while pulled by a shark, says The Verge.

The biggest change is, of course, the map. The western portion of the island is now mostly underwater, largely eliminating locations like Slurpy Swamp and Weeping Woods. Meanwhile, the previously destroyed Agency area now appears to be some kind of heavily-fortified base. The new map makes the game’s boats much more viable.

The full changelog is available on the Epic Games website.

The water won’t be a permanent feature. “As time goes on and water recedes, even more locations will be uncovered, and as the roadways become more open, you’ll discover new ways to get around,” Epic explains. Also, when we mentioned “water skiing” and “shark” in the same sentences, we weren’t joking — you really are able to latch on to a shark by fishing.

Watch the Splashdown trailer for Chapter 2: Season 3 from Epic.

Plus, it would appear that actual cars may be coming to Fortnite at some point in the season, giving players even more mobility options. Last but not least, hose who purchase Fortnite’s new battle pass can unlock characters like Aquaman, a kitten riding a motorcycle and others.

Further information about this update is available on the Epic Games blog.