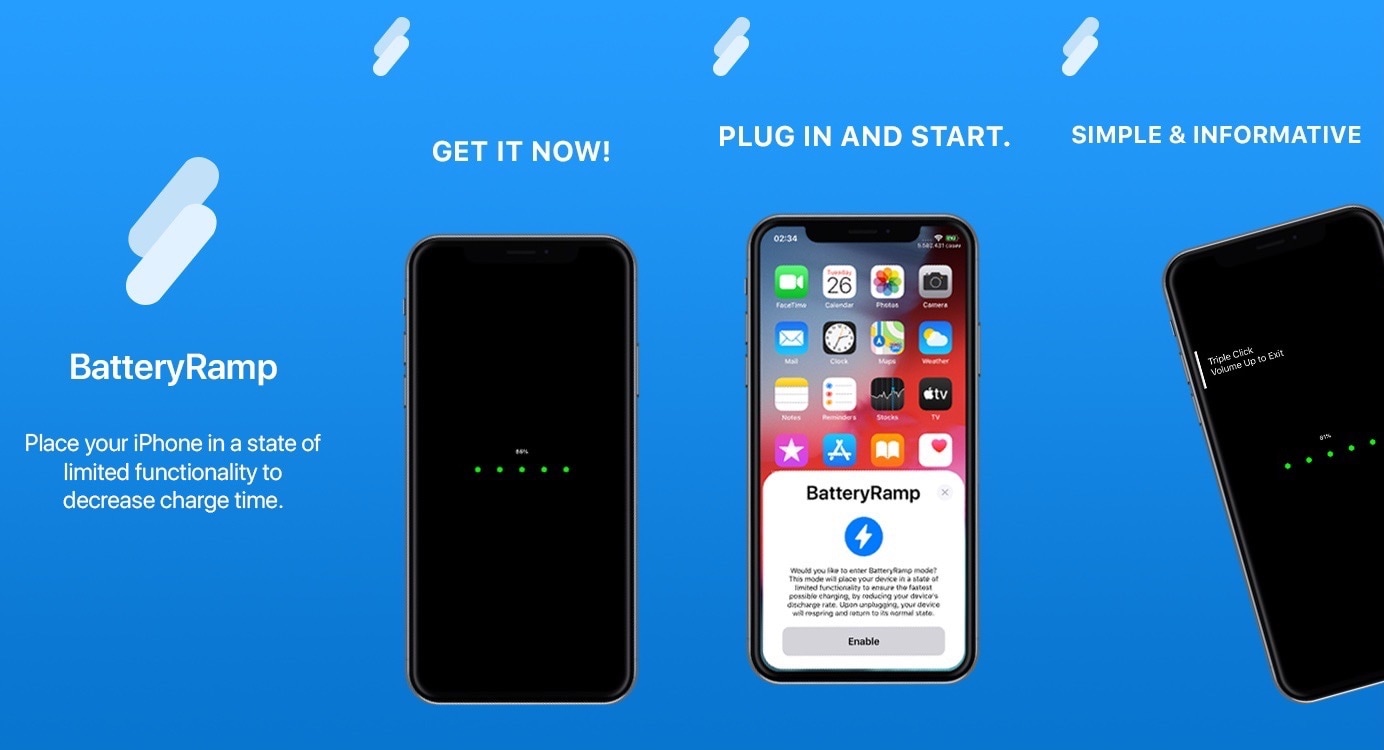 We all appreciate Low Power Mode for what it can do when our iPhone’s battery level gets a bit too low. With the flip of a switch, this feature lets users squeeze just a bit more time out of their near-drained battery, and it’s a godsend that Apple offers this feature on its iPhone platform.

Some even believe that using Low Power Mode while charging can increase the rate at which an iPhone charges by reducing simultaneous power drain. Building upon the likes of this curious idea is a newly released jailbreak tweak called BatteryRamp by iOS developer MegaDev.

Based on what we’ve just said, one might be inclined to think that BatteryRamp merely turns on Low Power Mode when you begin charging your iPhone, but that isn’t the case. Instead, BatteryRamp brings more efficient charging to your iPhone via a novel ultra-power saving mode that temporarily disables elements of iOS when charging to minimize power usage.

So how does it work? Well that’s easy. Once you begin charging your iPhone, BatteryRamp will display a popup like the one shown in the screenshot examples above that asks if you want to enter BatteryRamp mode. You can tap anywhere outside of the prompt to dismiss it, or you can tap on “Enable” to turn the feature on.

When BatteryRamp is enabled, the display turns black and a power indicator appears in the form of dots that light up while your handset charges. While in this mode, you won’t be able to use your iPhone again until you disable BatteryRamp, which can be done by pressing the volume up button three times in a row rapidly or disconnecting your iPhone from its charging source.

Once installed, BatteryRamp adds a preference pane to the Settings app where you can configure a couple of options to your liking: 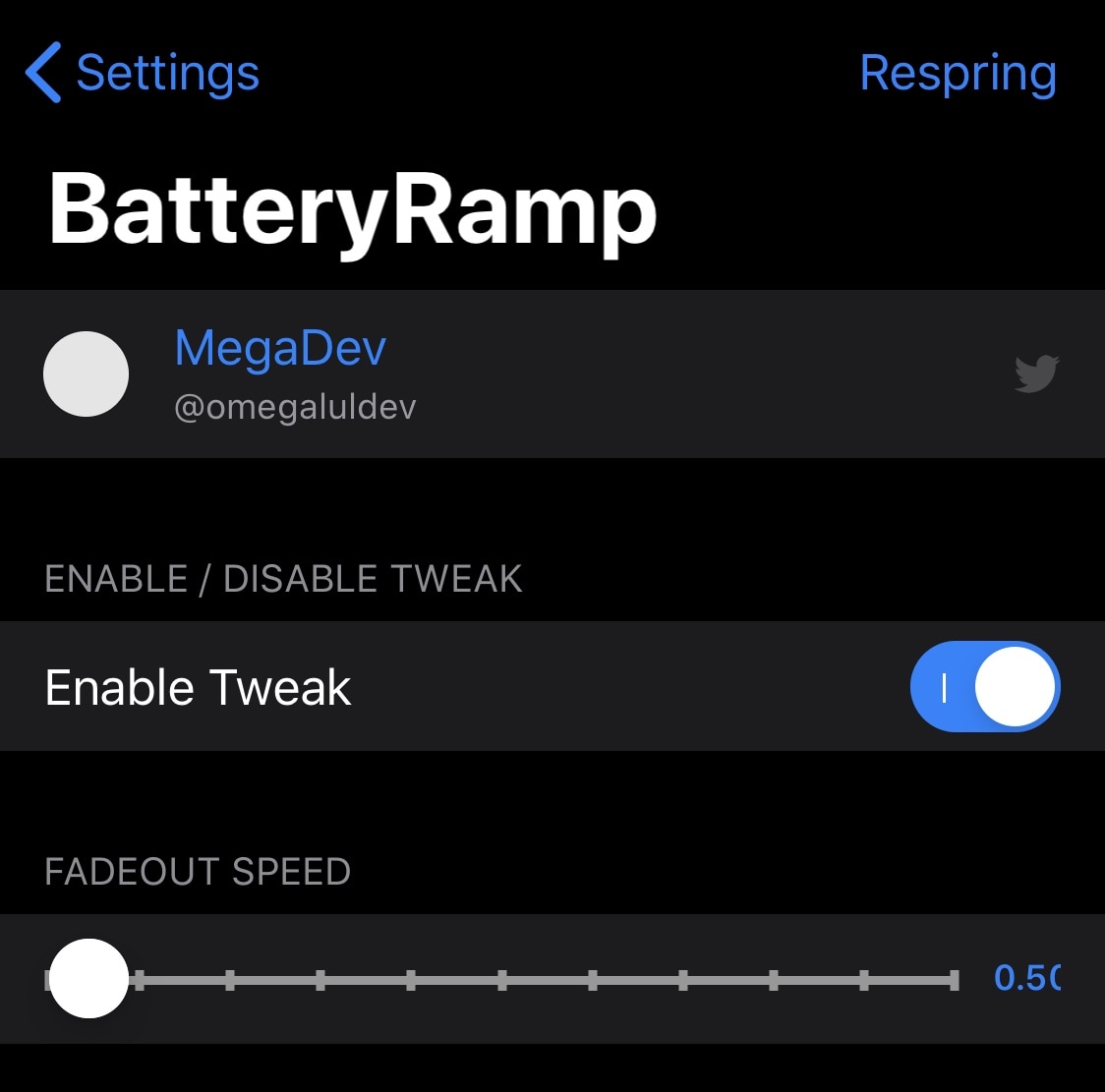 A respring button is provided at the top-right of the preference pane to save any changes you make.

The developer doesn’t go into much detail about what BatteryRamp’s ultra-power saving mode turns off and how it compares and contrasts to Apple’s Low Power Mode, but based on the limited state of usability, we can only assume that it goes a great deal more in-depth than Low Power Mode. Your mileage may vary.

If you’re interested in seeing what the BatteryRamp tweak can do for your fast charging needs, then you may purchase the tweak for $1.49 from the Dynastic Repo repository via your preferred package manager. The tweak supports jailbroken iOS 13 devices.

Are you confident that BatteryRamp can decrease the amount of time it takes to charge your iPhone? Discuss your stance in the comments.