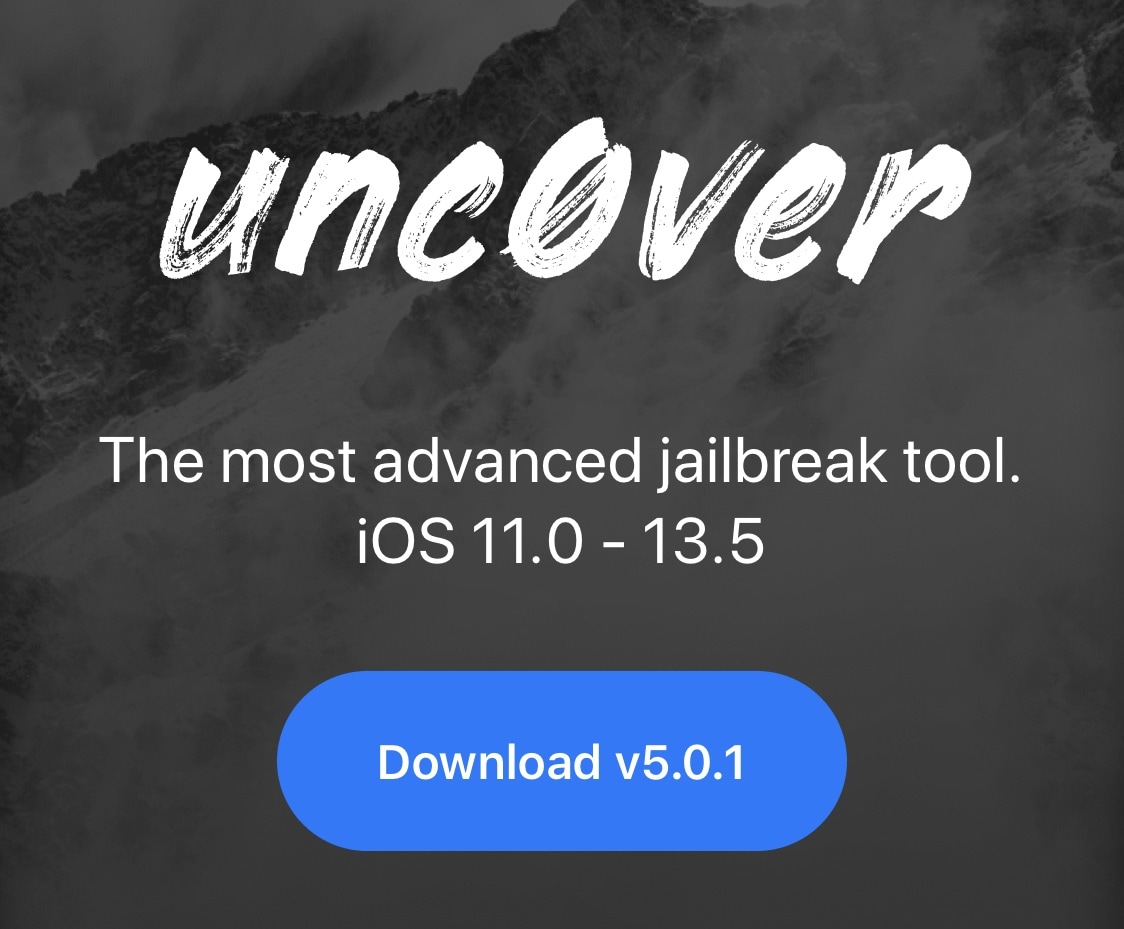 After successfully releasing unc0ver v5.0.0 Saturday evening with full-fledged support for all devices running iOS/iPadOS 13.5, hacker and unc0ver project lead developer Pwn20wnd has followed up this quiet Sunday evening with a minute update that brings additional improvements to the jailbreak experience.

The update, announced just minutes ago by Pwn20wnd via Twitter, has been dubbed unc0ver v5.0.1 and is now officially available to the masses: 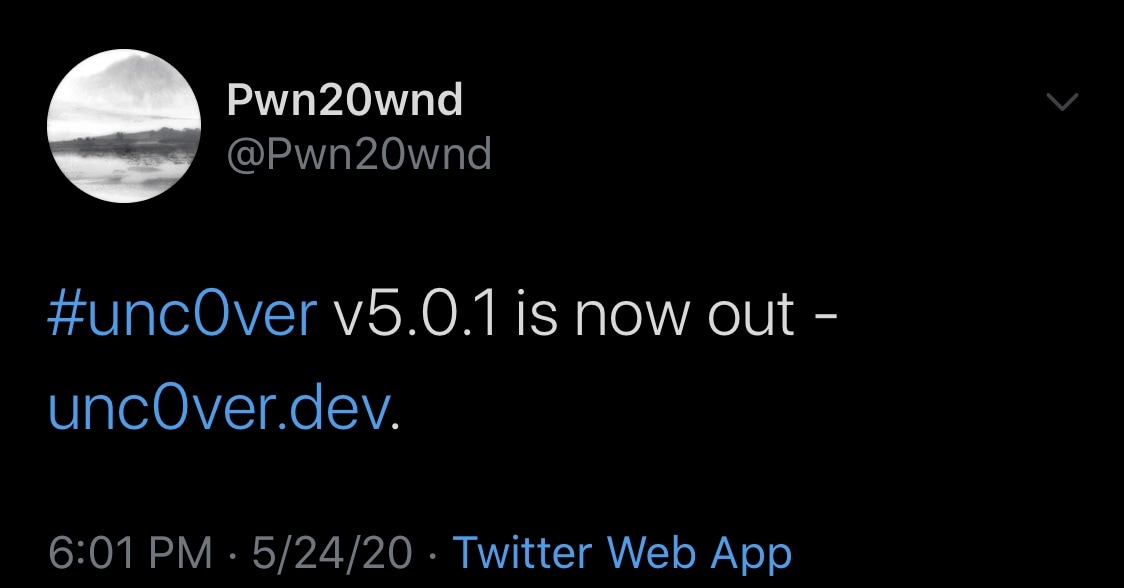 The apparent elephant in the room for this change log is the bullet point that mentions unrestricted storage access for jailbreak applications for the sake of sandbox backwards compatibility, and according to the notes, unc0ver leaves iOS’ native security restrictions intact to keep your handset’s personal data both private and secure. One practical use for this is to help theme designers who wish to have several megabyte-hungry theme variants available in a single package.

The other changes are relatively minor and probably won’t impact the jailbreak experience, such as the changes to the in-app Rebel sponsorship branding.

In a follow-up Tweet, unc0ver co-developer Sam Bingner added that the team was working on a tvOS version of unc0ver as well and that a prerelease would be available soon for testing: 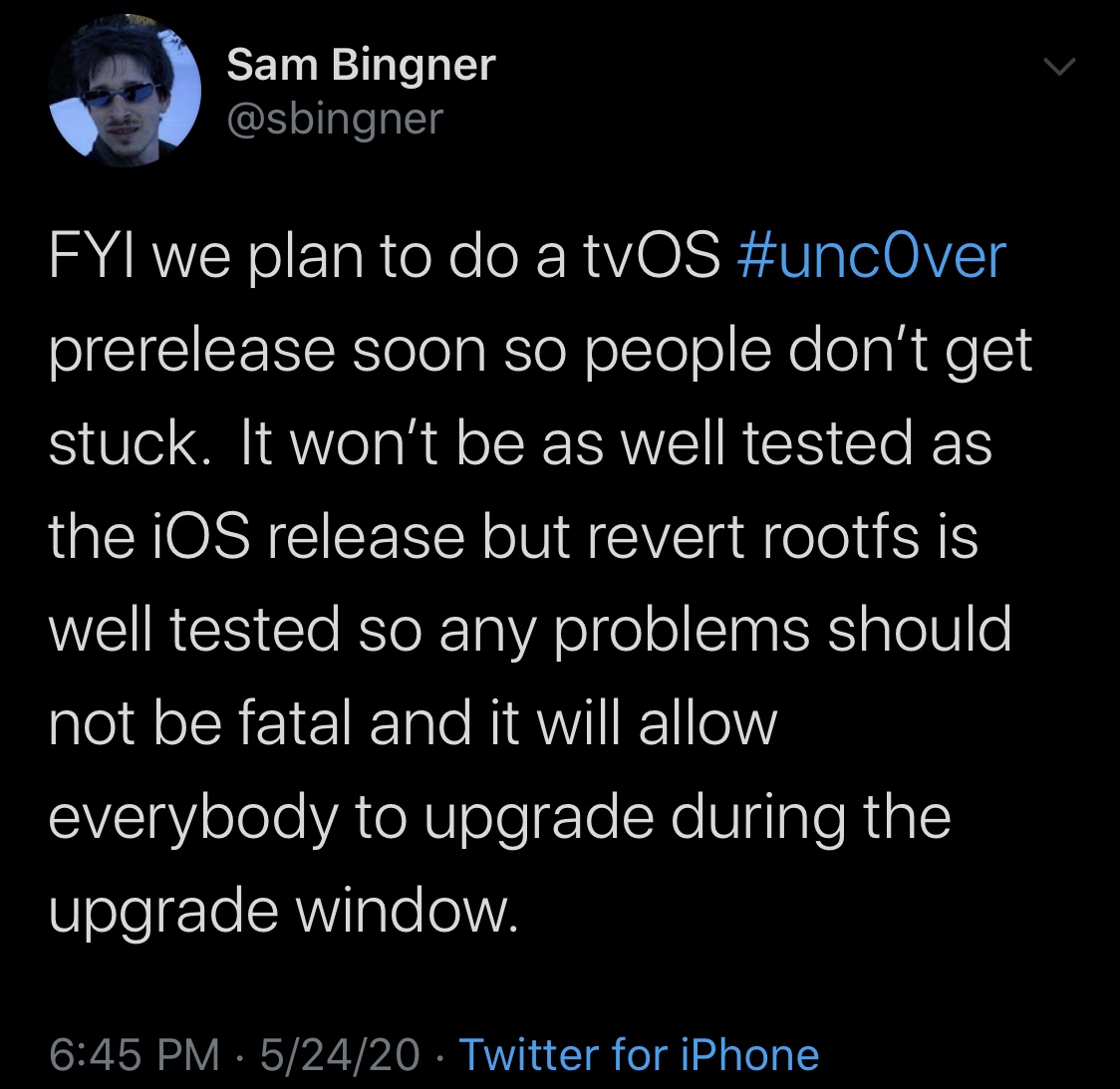 So should you rush to update your unc0ver jailbreak? As usual, we recommend running the latest version of any jailbreak tool to ensure that you’re taking full advantage of the latest bug fixes and performance improvements, but we don’t think this is an update worth rushing over. Obviously, take your time and update when you’re good and ready unless it’s a critical bug fix update.

Unc0ver supports all devices that can run iOS/iPadOS 113.5, including Apple’s latest iPhone 11, 11 Pro, and 11 Pro Max handsets. This firmware is currently signed by Apple, and things are expected to remain that way for a while longer until Apple gets the chance to patch the new tfp0 exploit. Obviously with this being a holiday weekend, the majority of Apple’s workforce (including iOS development) is probably enjoying a long weekend away from work…

Have you downloaded and installed the latest version of the unc0ver jailbreak yet? Let us know how it worked for you in the comments section below.