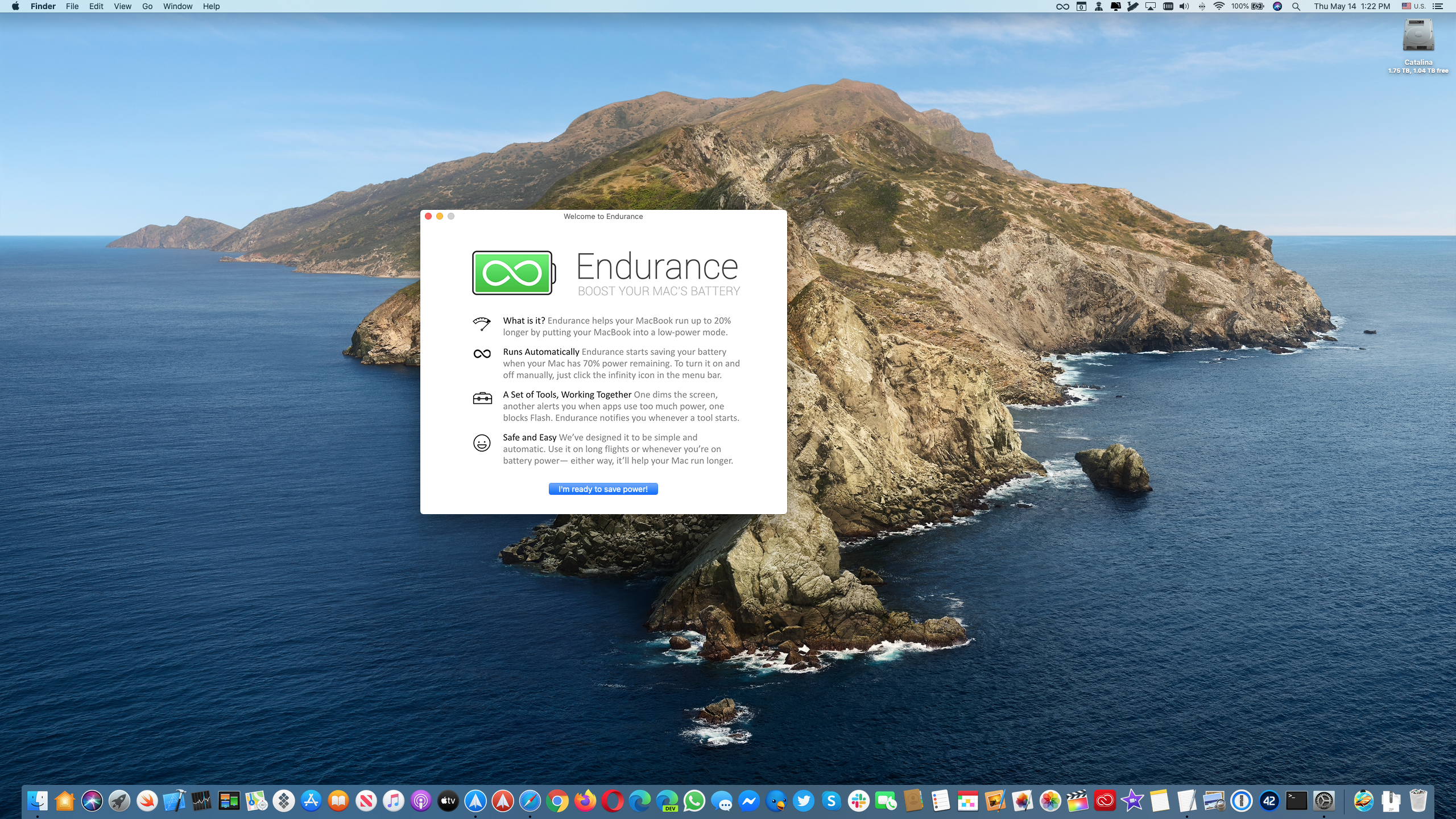 Endurance by Magnetism Studios is one of the best battery-saving apps for Mac notebooks.

They’re now working on Endurance 3.0, a major update that allows for twice as much control and includes customizable settings for almost every module. Although the plan calls for releasing this version to the public next Tuesday, May 19, their head of development James Murdza kindly provided me with a review copy that I’ve been using for the past few days.

This piece of software was designed to help your Mac notebook run up to one-fifth longer by forcing it to enter a low-power mode (yes, macOS has a low-power mode, it’s called App Nap, but it’s on auto-pilot as there are no user-facing toggles to control its behavior).

The idea here is that putting your Mac notebook in a low power state whenever possible will yield substantial power savings. The app enforces macOS’ low-power mode when the battery drops below seventy percent charge, but you can activate it manually as well: just click the Endurance menu bar icon to quickly toggle low-power mode on or off.

To fine-tune Endurance, open its preferences to set a custom threshold for when low-power mode should kick in. Endurance goes beyond being a simple utility to toggle Apple’s internal low-power mode on Mac notebooks — available via its preferences interface, the app allows you to selectively disable various resource-intensive services. 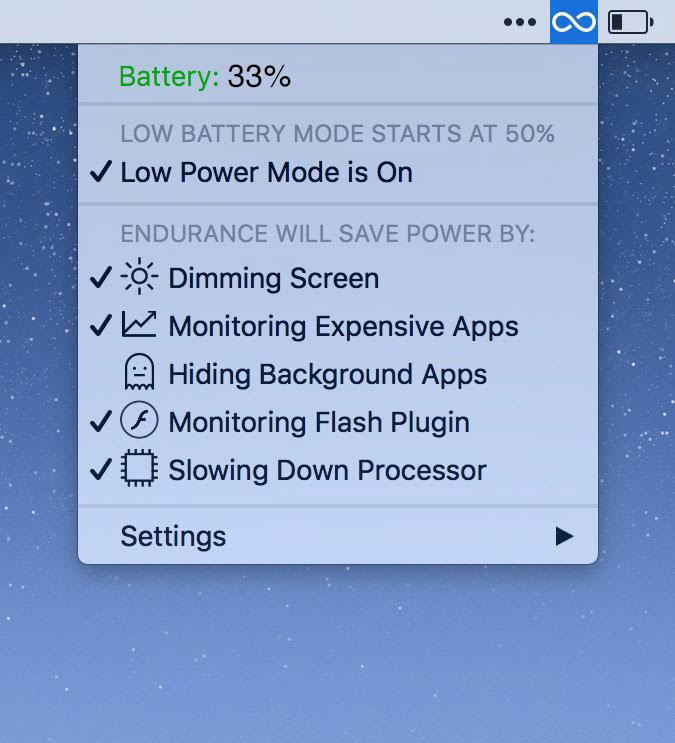 For instance, you can disable Intel’s Turbo Boost processing and limit the CPU speed. Another thoughtful option lets you temporarily suspend web browsers that may be running in the background (Endurance currently supports Safari, Chrome, Firefox and Opera).

Non-Apple browsers are typically unoptimized or not optimized as much to conserve power as Apple’s own Safari browser — Google’s Chrome being especially notorious in this regard as an app that consumes too much power — so this option in particular is a real lifesaver.

Another useful feature saves battery life by pausing Wi-Fi, Bluetooth or Spotlight services that run in the background (Spotlight indexing can be especially taxing on the CPU). Endurance can also notify you whenever apps are using too much power and can even hide apps not currently in use, which may prompt macOS to put them into low-power mode.

And lastly, Endurance can save battery life by blocking Flash and dimming the screen.

Who is it for?

I’m not your typical use case for apps such as Endurance.

I may not have much use for Endurance because most of my daily computing happens sitting at my desk in front of my MacBook Pro connected to my 27-inch Thunderbolt Display in notebook clamshell mode. But if you predominantly use your notebook on the go, like (especially!) when on a long flight, Endurance will indeed help it run noticeably longer.

For more information about Endurance, visit the official website.

Endurance is available via the official website in exchange for $20.

This not only buys you the full version of the app, but free upgrades for life, too! Endurance is also available as part of the $10 per month Setapp subscription service for quality Mac apps.