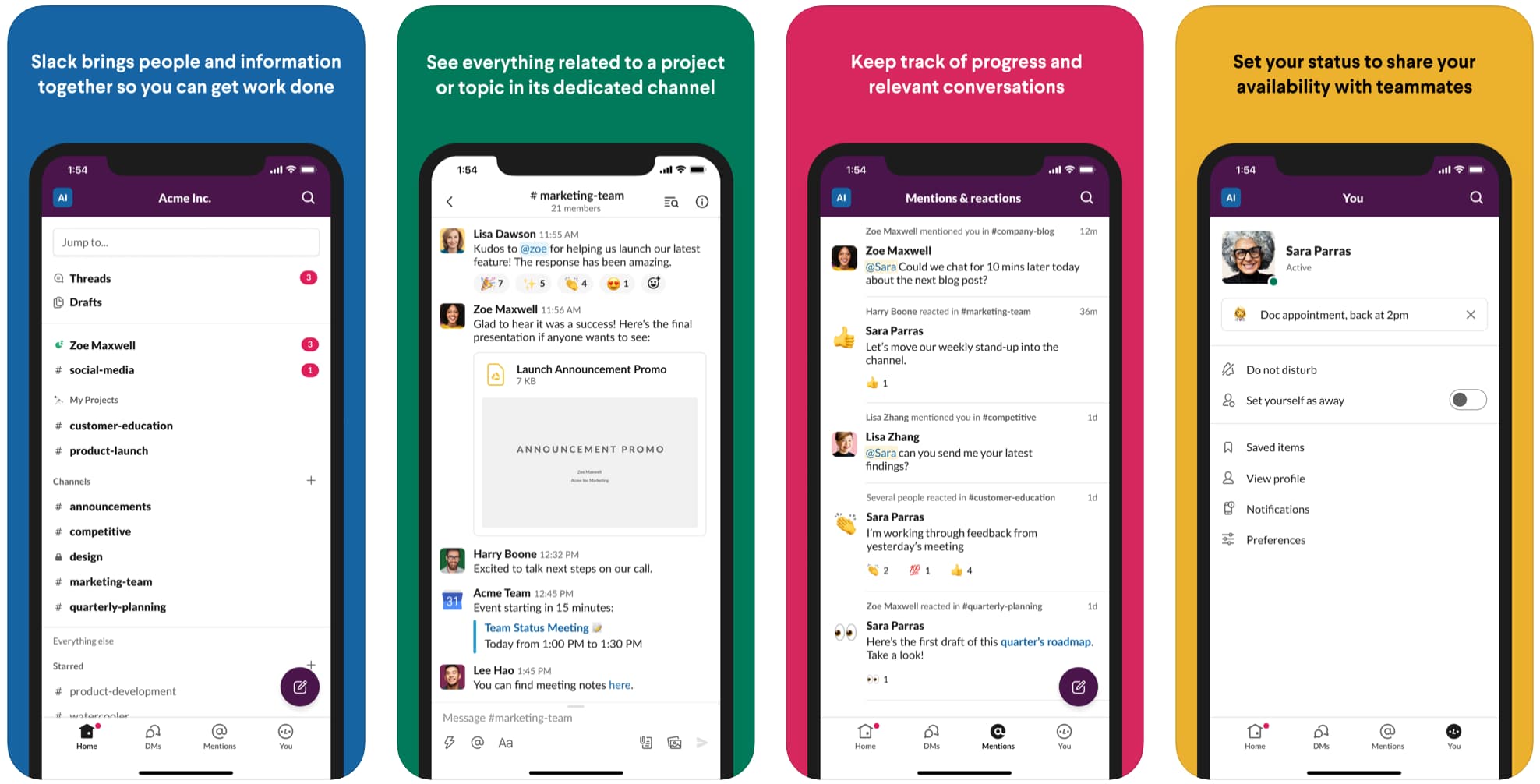 Slack is one of the most popular communication tools out there, specifically for businesses, and now the app is a lot easier to navigate.

That is courtesy of a brand new redesign the developers of the app just released for iOS users. The new software brings Slack’s version number to 20.05.10, and it’s available now as a free download or a free update if you already have the app installed on your iOS device. The primary goal of this update is the redesign, and that gets the lion’s share of attention in the official changelog for the updated app.

• Previously, it was complicated to get to the four main things people do on mobile. We’ve fixed this with a new nifty navigation bar at the bottom of the app containing: a Home view for your sidebar, DMs, (still listed most recent first), Mentions (for quickly catching up), and You (because you’re great) (and also because setting your status/preferences on mobile needed to be easier).

• The quickswitcher on the desktop app is wonderful, but we discovered an issue where people weren’t using it as much on mobile. So we made the Jump To box more prominent (and smarter) to fix this. Fingers crossed!

• It seemed bizarrely hard to create a new message in a channel or DM without finding that precise location first. With an application of logic, software engineering, and a new “Compose” button in the bottom right corner, this has been rectified.

• Our apologies to people who have been wanting to easily set reminders, start workflows or access favourite apps in channels and conversations — it was hard to work out how to do that on the move. A new lightning bolt under the message box now gives quick access to shortcuts, and thereby solves this age-old problem.

• And finally, it came to pass, as time went by, that in the old version of the app, there was a lot of swiping back and forth to get places. We’ve simplified that: Now,swiping right will reveal your workspace and preferences, and swiping left will get you back to the last conversation you were in. With this change in behavior, we hope to give you the powers of both omniscience and time travel. nbd.

• And yes. We know. Change is hard! All our fingers have all built up muscle memory, but after continually adding features and functionality over the years, we needed to step back and make sure things made sense. You can find more about these improvements in our blog post, and as always, we welcome your feedback. Thank you for reading all the way to the bottom. We appreciate it, and you.

Slack for Android received the same layout redesign last week in a beta release of the app for that mobile operating system, so it’s good to see that the iOS app is getting the change so soon. Android users who did not get the beta should see the official change for the masses in the near future.

The redesigned Slack for iOS is available now.