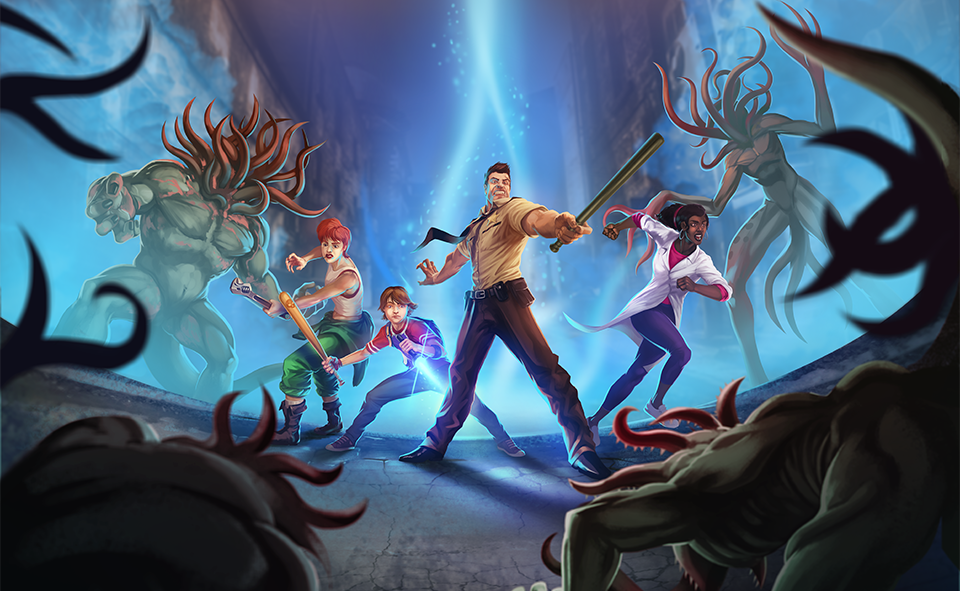 “The_Otherside”, a turn-based role playing and strategy board game for the iPhone, iPad, Mac and Apple TV, has made its Apple Arcade debut today.

Welcome to the Otherside

The game has you controlling four survivors who “hope to push back the shadowy threat.” This turn-based RPG game challenges you to make your way through each level solving puzzles, fighting monsters and destroying the spirit anchors that “threaten our dimension.”

A single-player retro style board game comes to life where players must scavenge their town for resources, weapons, and clues to turn the tide and reverse the effects of the invading creatures from the OTHERSIDE.

You may like to know that mobile publisher The Label which published “The_Otherside” is also behind “What The Golf?”, a silly physics-based golf parody for people who hate golf that quickly became one of the most popular titles on Apple Arcade.

Check out the key features of the game:

For further information on “The_Otherside”, visit the official website.