Love it or hate it, the iconic notch has become a common addition to the majority of Apple’s present-day smartphones starting with the iPhone X in 2017. Unfortunately, it’s part of the handset’s hardware, which means all you can do is attempt to hide the notch with a wallpaper that incorporates a black background where the notch would ordinarily appear.

But even the aforementioned wallpaper ‘hack’ only works to your benefit in certain interfaces, like the Home screen and Lock screen. It falls short in application interfaces where the wallpaper isn’t visible, and that’s a shortcoming that a newly released and free jailbreak tweak dubbed eggNotch by iOS developer Egg aka CRKatri doesn’t have.

As shown in the screenshot example above, eggNotch makes the notch at the top of your iPhone’s display disappear by filling the top portion of the display with a black background that appears everywhere in iOS – including in apps.

Now we could’ve just ended the post right here as this tweak was created to make the notch disappear, but as it turns out, there’s a bit more to eggNotch than meets the eye. For one, it adds a preference pane to the Settings app where you can configure a few options to your liking: 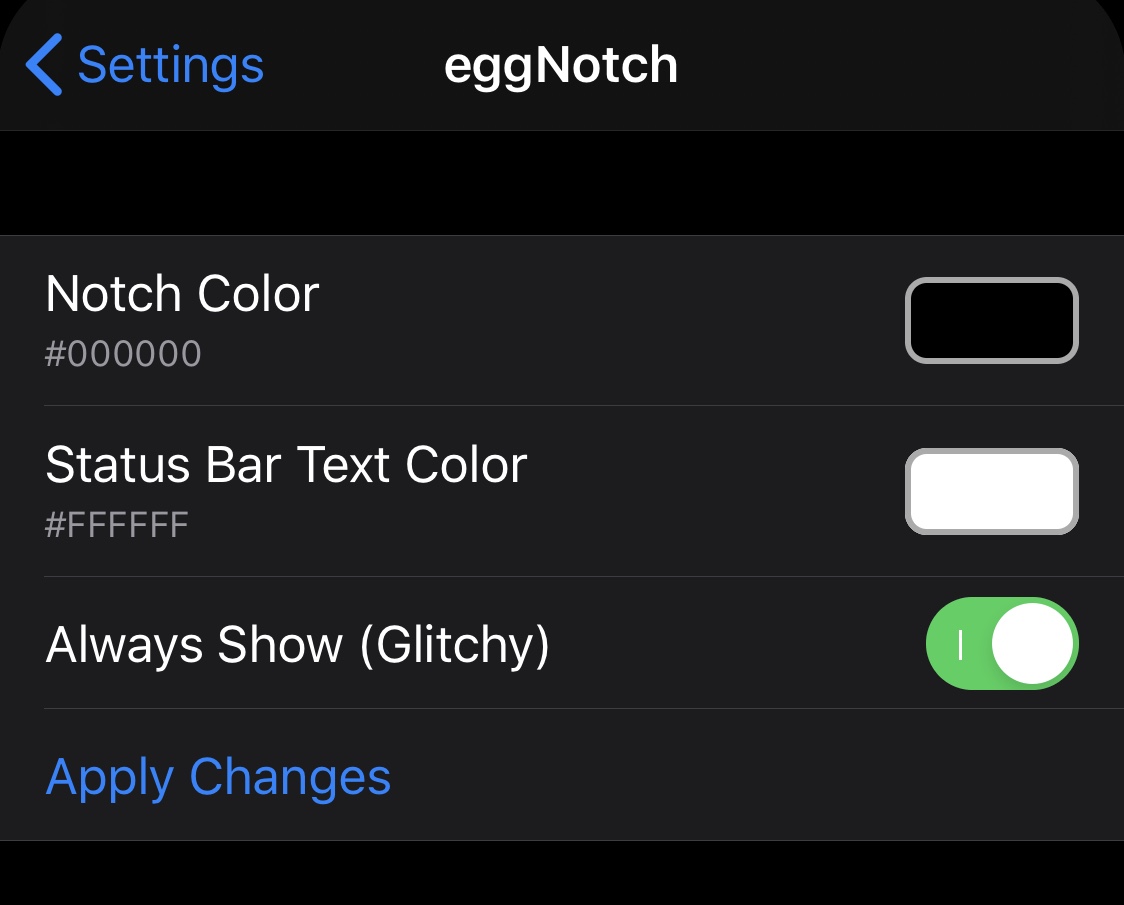 The developer provides an ‘Apply Changes’ button at the bottom of the preference pane that you’ll want to use after making any changes to ensure that they take effect.

As for me, I don’t see much purpose to using a custom color for the area surrounding the notch, as it takes away from the ‘hide the notch’ craze by making it even more visible. But for those curious, here’s an example of what that looks like:

But to each their own, they say, as one person’s opinion is always different from somebody else’s. It’s your jailbreak, so do whatever floats your boat.

Those interested in trying eggNotch can download it for free from the BigBoss repository via their preferred package manager. The tweak supports jailbroken iOS 13 devices and is open source on the developer’s GitHub page for anyone who wants to know what makes it tick.

Do you plan to hide the notch from your pwned handset with eggNotch? Discuss why or why not in the comments section below.