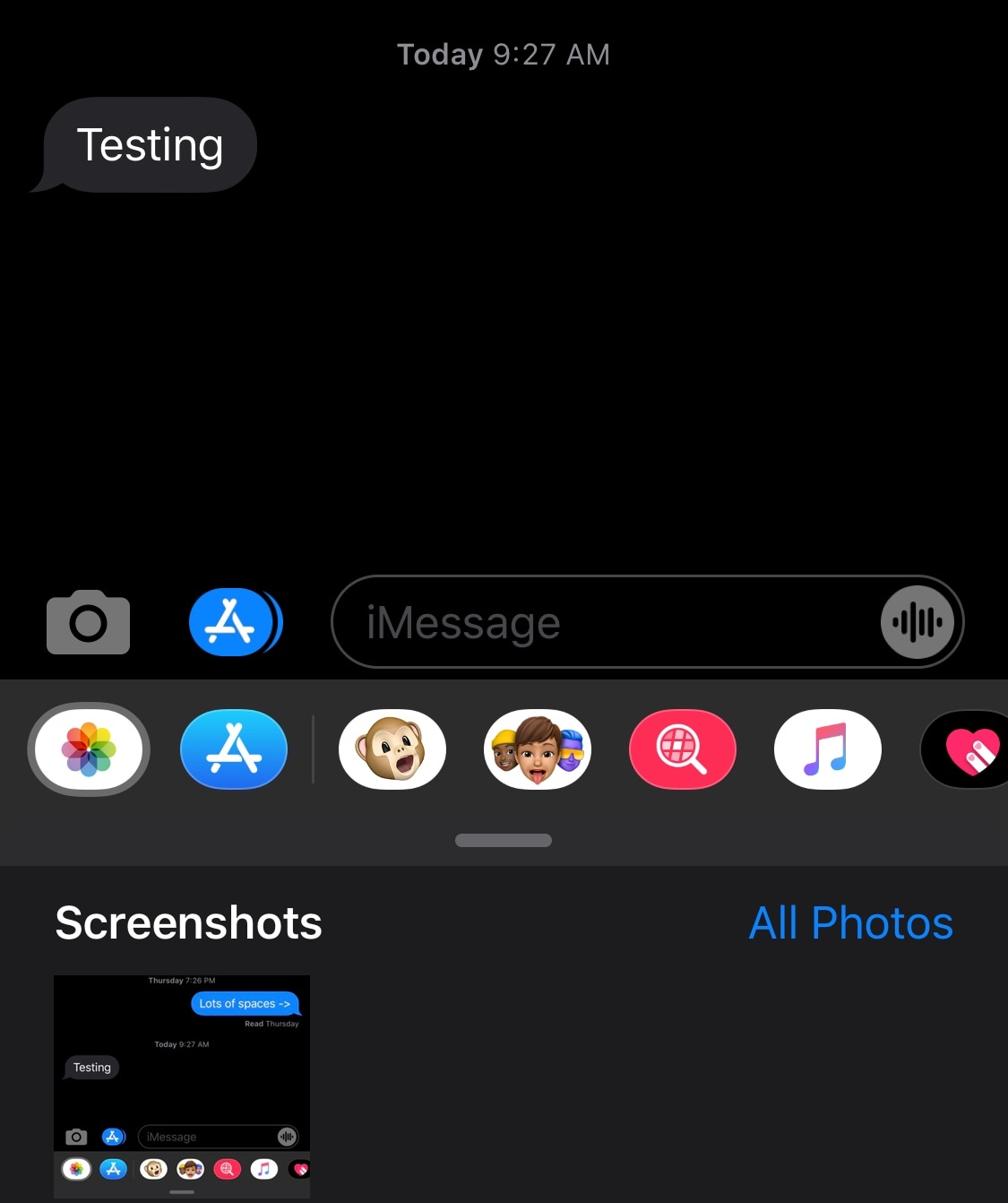 If you’ve ever tried to send somebody an image from your Photo Library via iMessage before, then you’ve probably noticed how it always defaults to the Recent Photos album. This tends to be convenient if you plan to send someone a recent photograph, but not so much if you’re trying to look back on older images.

Here to address this problem is a newly released and free jailbreak tweak called AlbumPref by iOS developer Julio Verne. Just as the name implies, AlbumPref lets users choose a preferred album that will appear when attempting to access the Photo Library browser in the native Messages app. 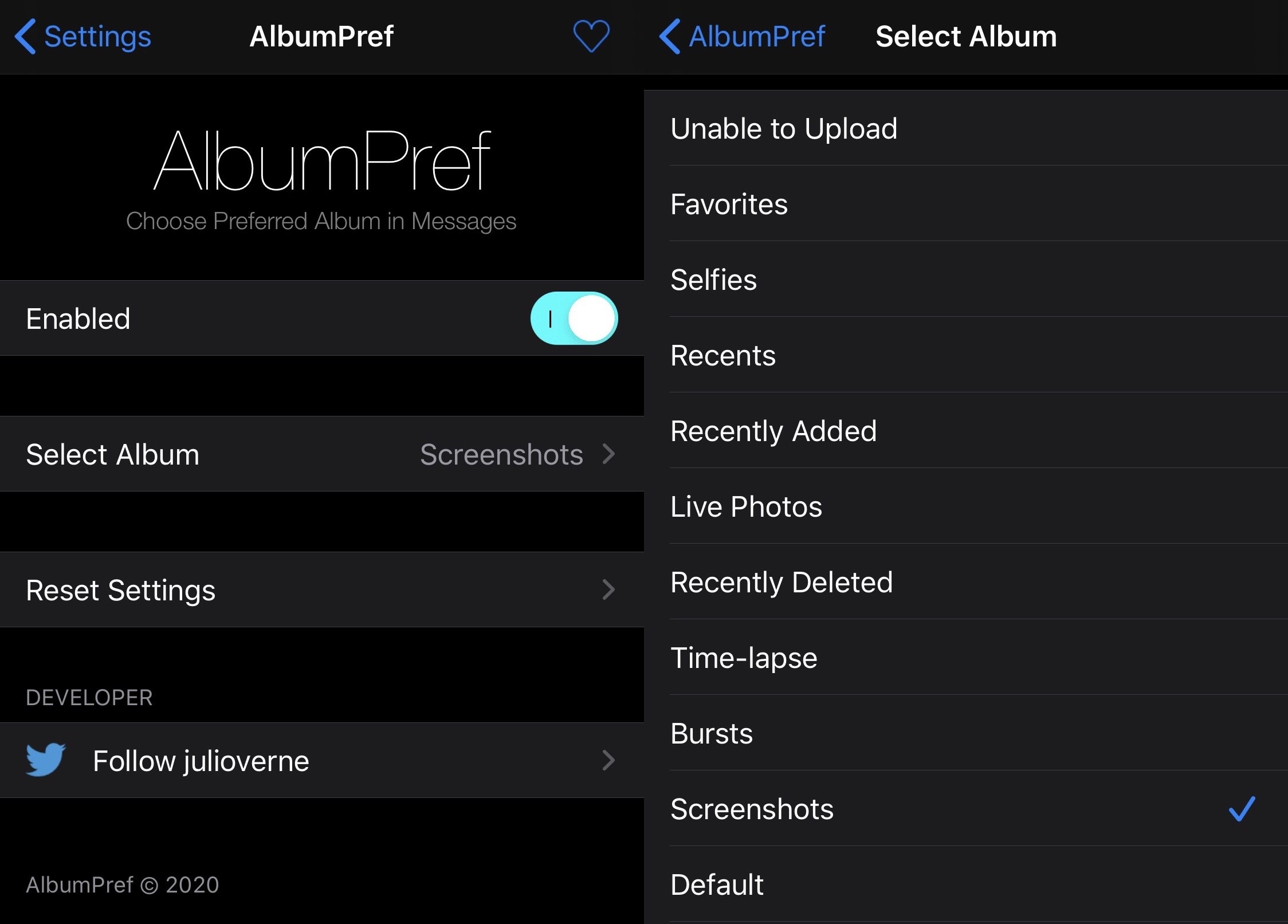 It doesn’t appear that a respring is necessary to save your changes, but you may still want to forcefully close the Messages app and reopen it after making changes just to ensure that they take effect.

AlbumPref is a very simple mod that can make using your iPhone easier in certain workflows, and if you’re interested in giving the tweak a try, then you can download it for free from Julio Verne’s beta repository via your preferred package manager. AlbumPref supports jailbroken iOS 12 and 13 devices.

If you’re not already using Julio Verne’s beta repository, then you can add it to your package manager with the following URL:

Do you have a use for a tweak like AlbumPref? Discuss why or why not in the comments section below.