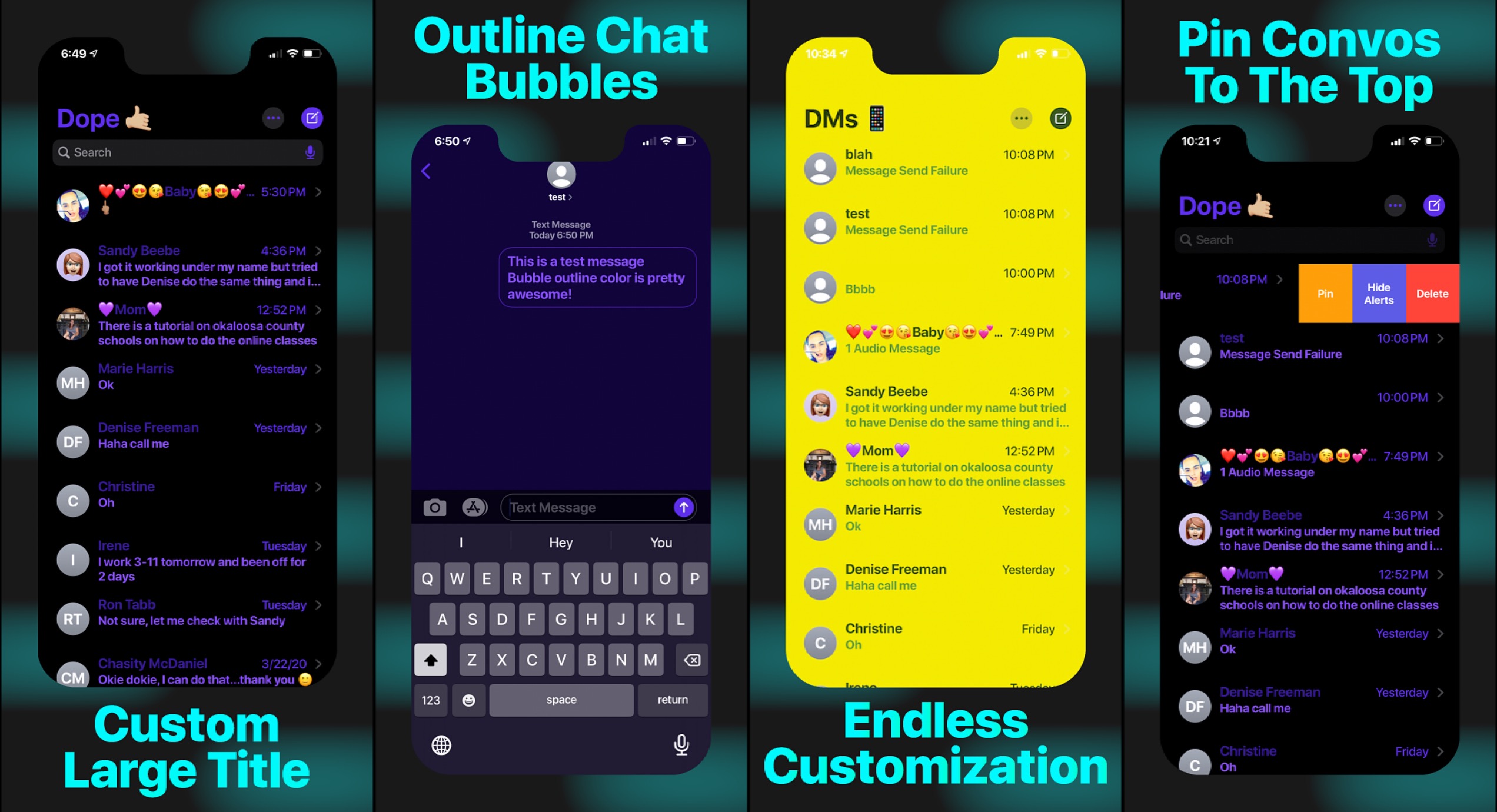 Anyone who does a lot of text messaging on the iOS platform knows just how barebones of a communication tool the Messages app really is. With so little customization on the user’s part, many conversationists flock to alternative messaging platforms, such as Facebook Messenger or WhatsApp Messenger, just to name a few.

Those looking to breathe new life into Apple’s Messages app platform on pwned iOS devices will do good to check out a newly released jailbreak tweak called DopeConvos by iOS developer Ethan Whited, as it introduces a plethora of customization options that can both make the app more aesthetically customizable and supercharge its feature set.

Among the things you can do with DopeConvos are:

DopeConvos adds a preference pane to the Settings app where you can configure these options to your heart’s content: 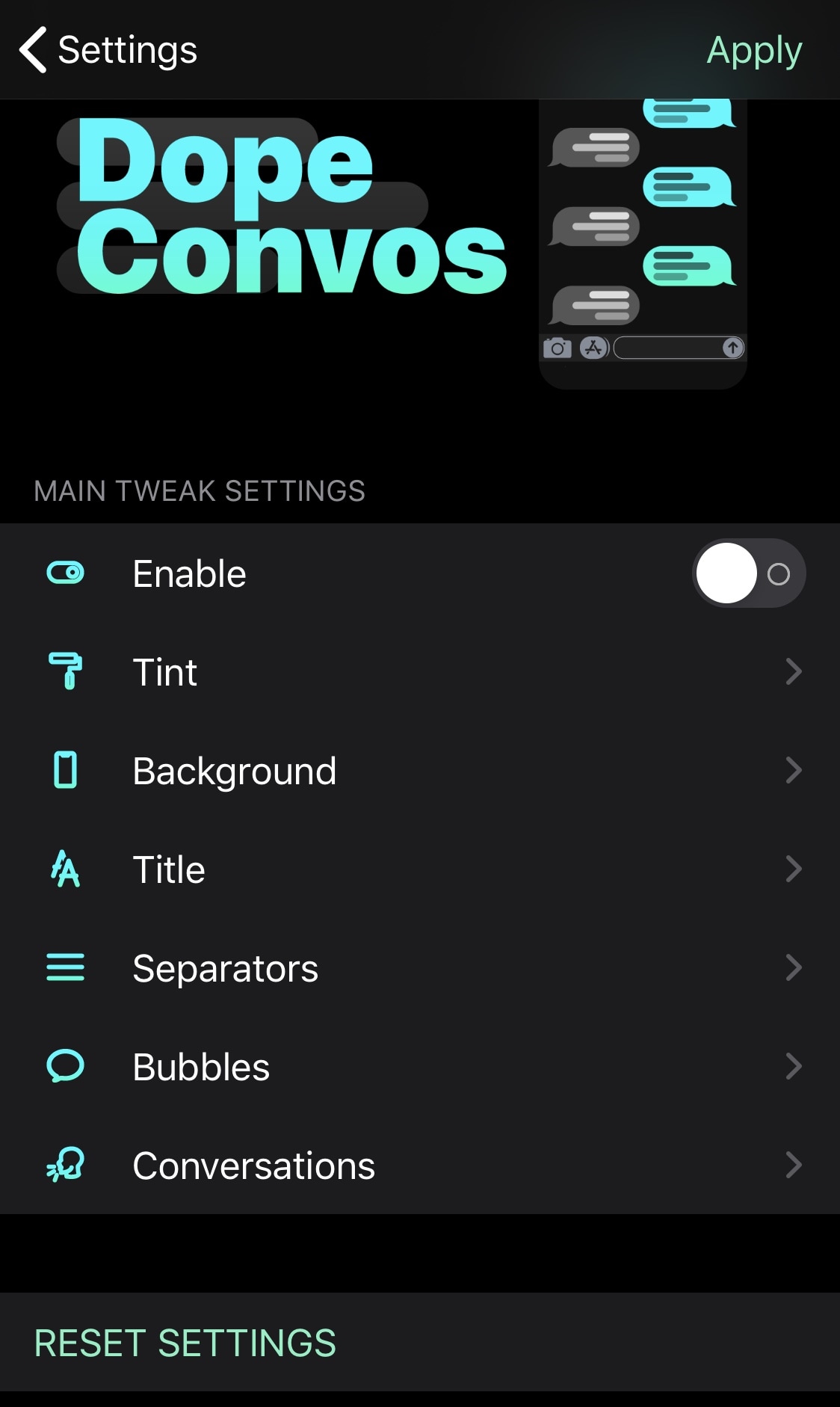 Here, you can individually customize features such as the tint color, background color, title aesthetics, separator aesthetics, chat bubble aesthetics, conversation UI, and more. You can also toggle the tweak in its entirety on or off on demand or reset all settings to their defaults. Digging deeper, here’s a closer look at some of the settings: 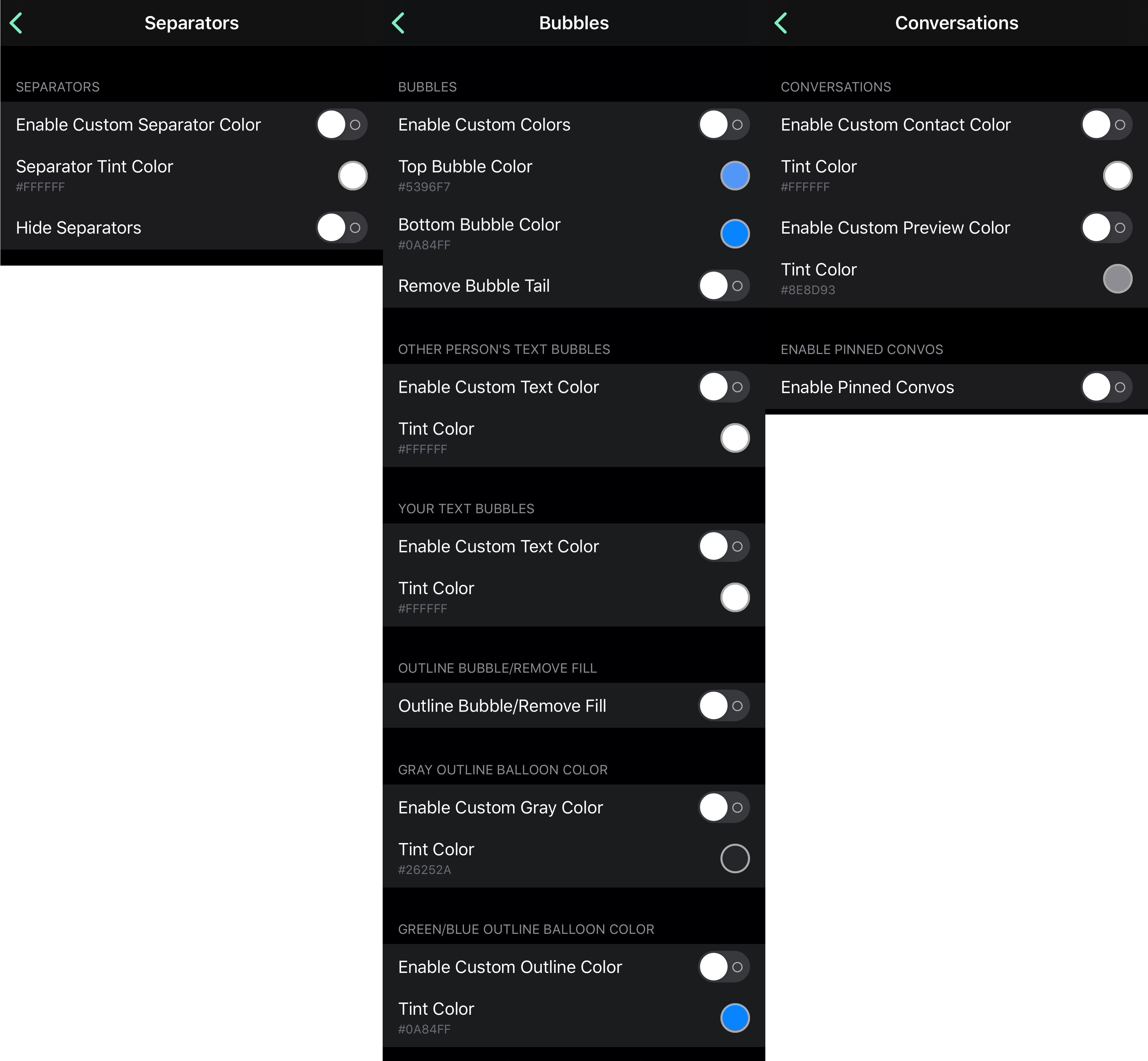 Personally, I’m content with how Apple’s Messages app looks out of the box. As a minimalist, however, I don’t mind removing the message ‘tails’ and doing away with the fill color in place of an outline instead. My favorite feature overall of DopeConvos is being able to pin my favorite conversations to the top of the Messages list, as it helps them stand out from the crowd when I have a lot of people messaging me at once.

Whether you’re in it for the aesthetics or the Message pinning capabilities, DopeConvos is available to purchase for $1.50 from the Packix repository via your preferred package manager. The tweak supports jailbroken iOS 13 & 14 devices and only works in Apple’s default Messages app.

Do you plan to supercharge your Messages app with the DopeConvos tweak? Let us know why or why not in the comments section down below.