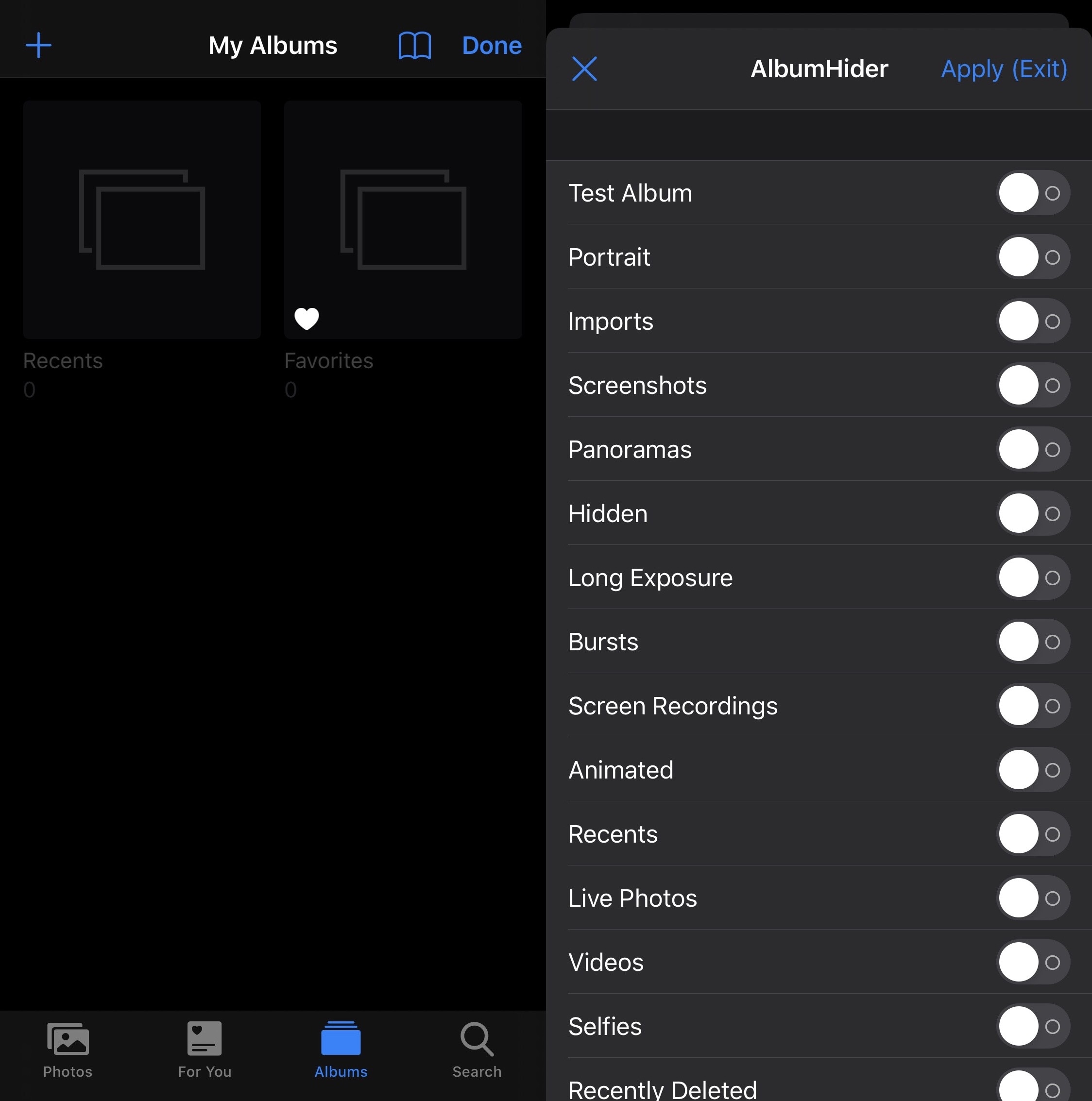 As you use your iPhone to its fullest potential, you might come to realize that your Photos app accumulates a plethora of different albums. Beyond the Camera Roll and Recents albums that appear by default, you may find albums for Screenshots, Panoramas, Hidden items, Live Photos, People, Time-lapse, Slo-mo, and even for specific apps on your device that have saved items to your Photo Library.

But perhaps you don’t want all these excessive albums, or you’re happy with just the Camera Roll? If so, then we think you’re going to love a free jailbreak tweak dubbed AlbumHider by iOS developer Julio Verne.

Just as the name implies, AlbumHider permits users to hide or show specific albums in their native Photos app. Whether users want to hide albums that Apple shows by default or they merely want to rid themselves of third-party albums that have been placed there by third-party apps on their handset, AlbumHider has everything you need to make this possible.

After you open the Albums tab in the Photos app, you can tap on the Edit button at the top right of the app to find a Bookmark icon. Tapping on this icon reveals a list of toggle switches assigned to individual albums in the Photos app, and as you might come to expect, albums that have been toggled off remain hidden, whereas albums that have been toggled on appear in the app.

Apart from what we’ve demonstrated above, AlbumHider doesn’t add any options to the Settings app for configuration, and it doesn’t need any since the scope of the tweak is handled flawlessly in Apple’s native Photos app as it comes.

Those interested in trying AlbumHider can download it for free from Julio Verne’s beta repository via their preferred package manager. Please note that the tweak supports all jailbroken iOS 11, 12, and 13 devices and that it’s open source on Verne’s GitHub page.

If you aren’t already using Julio Verne’s beta repository, then you can add it to your package manager via the following URL:

Will you be installing AlbumHider? Discuss why or why not in the comments section below.