Apple released iOS 13.4.1 to the general public yesterday, and as you might come to expect, this has a few implications for the jailbreak community. Obviously, the unc0ver jailbreak doesn’t support the new firmware, as it can only jailbreak iOS 13.0-13.3. Checkra1n users, on the other hand, should be in the clear following a new update to the jailbreak tool on Wednesday.

Checkra1n co-developer Jamie Bishop took to Twitter this evening to share that checkra1n v0.10.1 had been released. This new update incorporates support for iOS/iPadOS 13.4 & 13.4.1, enabling handsets susceptible to the checkm8 bootrom exploit (A7-A11) to be jailbroken even on Apple’s latest and greatest software updates: 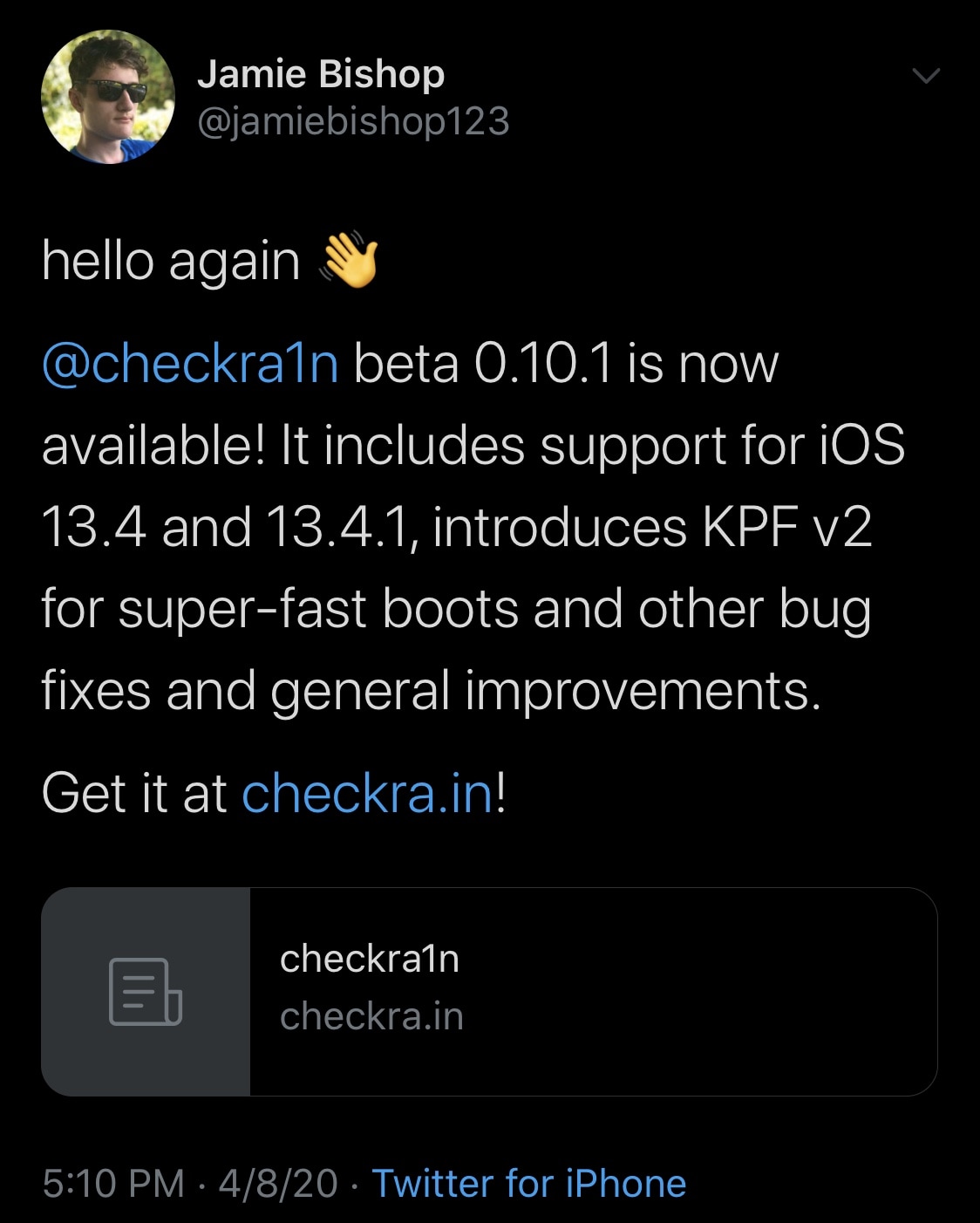 If you’re using an earlier version of the checkra1n jailbreak, then we would recommend downloading and deploying checkra1n v0.10.1 whether you’re running iOS 13.4/13.4.1 or not. This is because the latest update to the tool brings the latest bug fixes and performance improvements along with support for a new firmware version.

As always, the latest version of checkra1n can be downloaded for free from the official checkra1n website. Moreover, you can utilize our step-by-step tutorial for jailbreaking with checkra1n if you’ve never used the tool before or need help using it.

Have you jailbroken iOS 13.4.1 yet? If so, let us know how the process went for you in the comments section below.