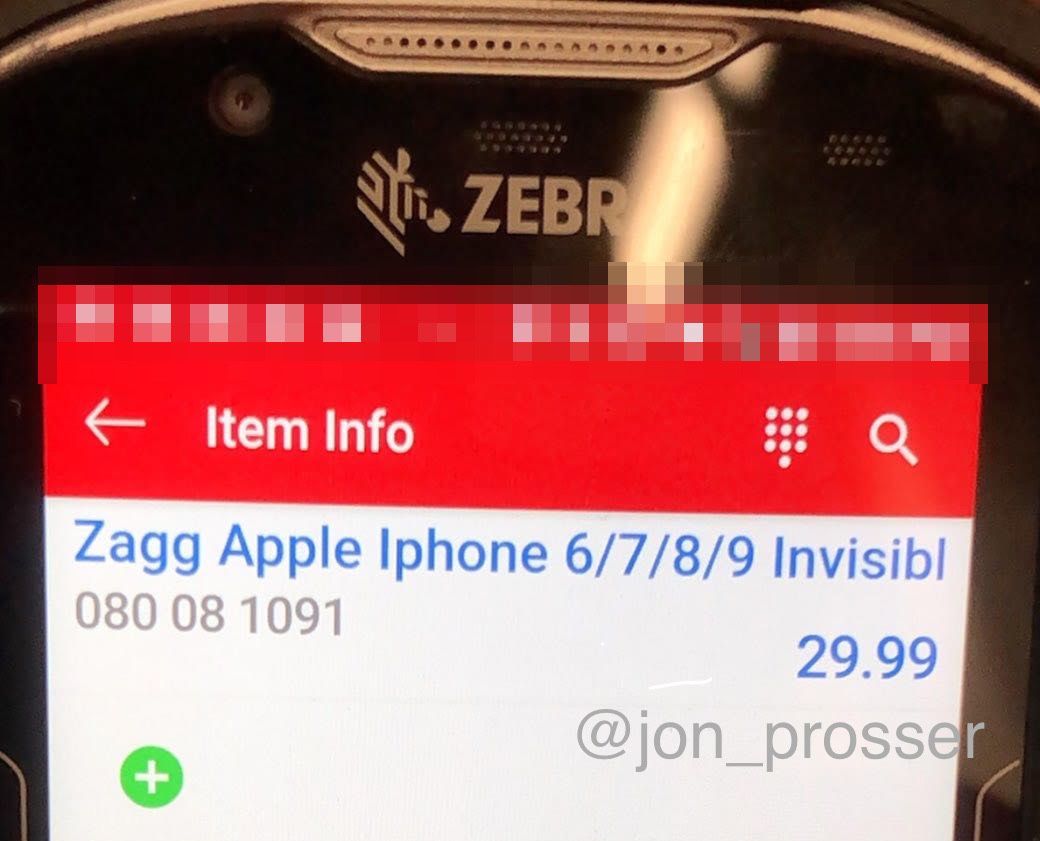 According to a leaked photograph allegedly showing Target’s merchandise stocking system, which was shared by Jon Prosser, Apple’s low-cost iPhone 9, believed to be a successor to the discontinued iPhone SE model, will share a design with the 4.7-inch iPhone 8.

The entry is for an unreleased InvisibleShield screen protector accessory from Zagg, which is listed as being compatible with the iPhone 6, iPhone 7, iPhone 8 and an unreleased iPhone 9.

“The purported Target location from which the photo was taken does not have stock of the item on hand, though the product is expected to sell in stores and online,” AppleInsider said.

Another tweet from Jon Prosser, shared three days ago, suggested we might be seeing an official iPhone 9 announcement from Apple in less than two weeks, on April 15, ahead of wide availability on April 22 (the phone apparently recently entered the final verification stage).

Despite the coronavirus, Apple’s work on new 2020 products reportedly continues unabated. On the other hand, we’re in the middle of a pandemic. And with everything currently in a state of flux, Apple’s product plans could change abruptly so keep that in mind.

Per an internal meeting yesterday, Apple is now preparing for an April release.

Keep in mind: we’re in the middle of a pandemic, and things could change.

Case makers have their own ways of obtaining confidential information about unreleased products, such as dimensions, which lets them design in advance. Zagg is among premium Apple accessory makers and while we don’t know whether or not Apple shared any iPhone 9 information with them in advance, you should take this rumor with a grain of salt.

The iPhone 9 is expected to be Apple’s most affordable handset, but that doesn’t necessarily mean modest hardware. According to the rumor-mill, the iPhone 9 should feature Apple’s current A13 Bionic chip with three gigabytes of RAM.

Are you looking forward to the iPhone 9?