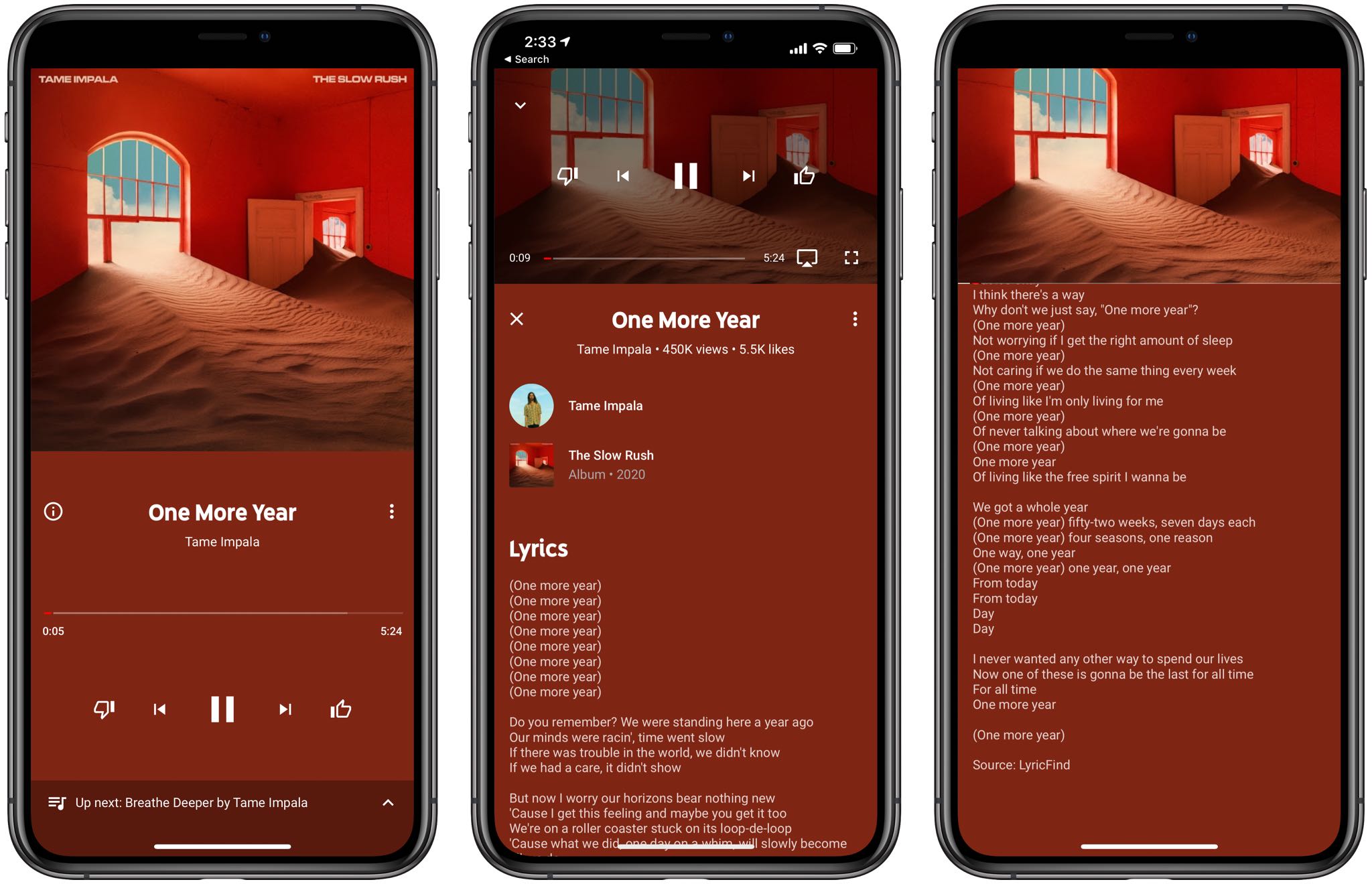 Just a day after Apple brought the real-time Apple Music lyrics feature from iOS to macOS via the macOS Catalina 10.15.4 update, which released yesterday, Google has now added a similar lyrics feature of its own to its official YouTube Music app for iPhone and iPad.

Song lyrics are available to both free and paid YouTube Music users.

To bring up lyrics, tap the “i” button on the left side of the screen when you’ve got a song open in the app, which will prompt song lyrics to show up under the tracking bar.

The Verge noted Wednesday that not every song on Apple Music has embedded lyrics:

I looked for them on songs on two recently-released albums — Childish Gambino’s 3.15.20 and Jay Electronica’s A Written Testimony —and they weren’t there. YouTube tells The Verge that it gets updated lyrics from LyricFind on a daily basis, but it didn’t share a timeline for how long it might take to source lyrics for specific songs.

By contrast, Apple is actually creating lyrics from scratch, as per The Times:

A particularly ambitious under-the-radar project, meanwhile, is currently seeing Apple input song lyrics for every track on Apple Music and sync it so the lines will pop up with the music if you so choose, like karaoke. And it’s doing so itself, manually, rather than relying on an outside lyrics service such as Genius.

Both Apple Music and Spotify (and now YouTube Music) can show you lyrics while listening to a song. In Apple’s case, animated lyrics are presented in fullscreen mode and automatically advance as the song is playing. You can even tap a verse to jump to that point in the song.

TUTORIAL: How to use time-synced lyrics on Apple Music

On YouTube Music, as I mentioned earlier, song lyrics are static which means you will need to manually scroll up and down if you’d like to keep in time to the music.