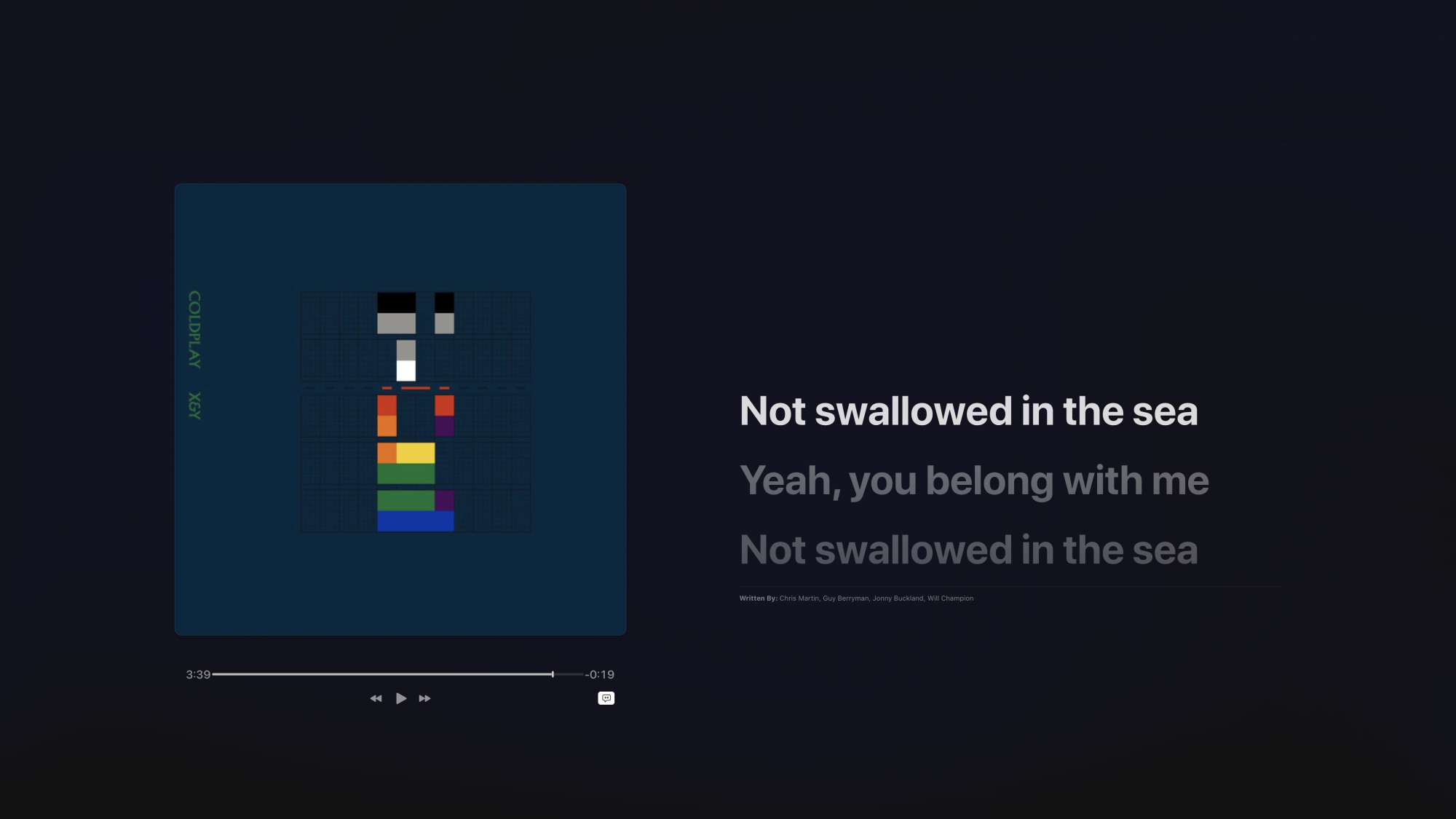 Beta 2 of the upcoming macOS Catalina 10.15.4 update that dropped yesterday has brought the fun time-synced lyrics feature which debuted on iOS 13 to the Mac platform.

9to5Mac notes that the second beta of macOS Catalina 10.15.4 expands live lyrics from the iPhone, iPad and Apple TV to the Mac. Before the latest macOS 10.15.4 beta, you could only access lyrics in the Music app on your Mac as plain, unformatted and static text.

With time-synced lyrics, you can follow along with a song in real-time.

All the user is required to do to enjoy animated lyrics in fullscreen is tap on the lyrics while the song is playing. It’s especially nice that each line of content is in step with the music as it plays, and you can tap a particular verse to jump straight to that part in the song.

This is great if you’d like to karaoke at home and especially for those times when you’re trying to learn a particularly difficult section of a song. Apple’s release notes for the update confirm the feature: “The Music app now supports time-synced lyrics for Apple Music subscribers.”

TUTORIAL: How to karaoke at home with time-synced lyrics on iPhone

Animated lyrics are limited to Apple Music and iTunes content and don’t work with your own songs uploaded via the iCloud Music Library feature. That’s because Apple is creating live lyrics in-house, from scratch, rather than algorithmically or by plugging into a third-party service. 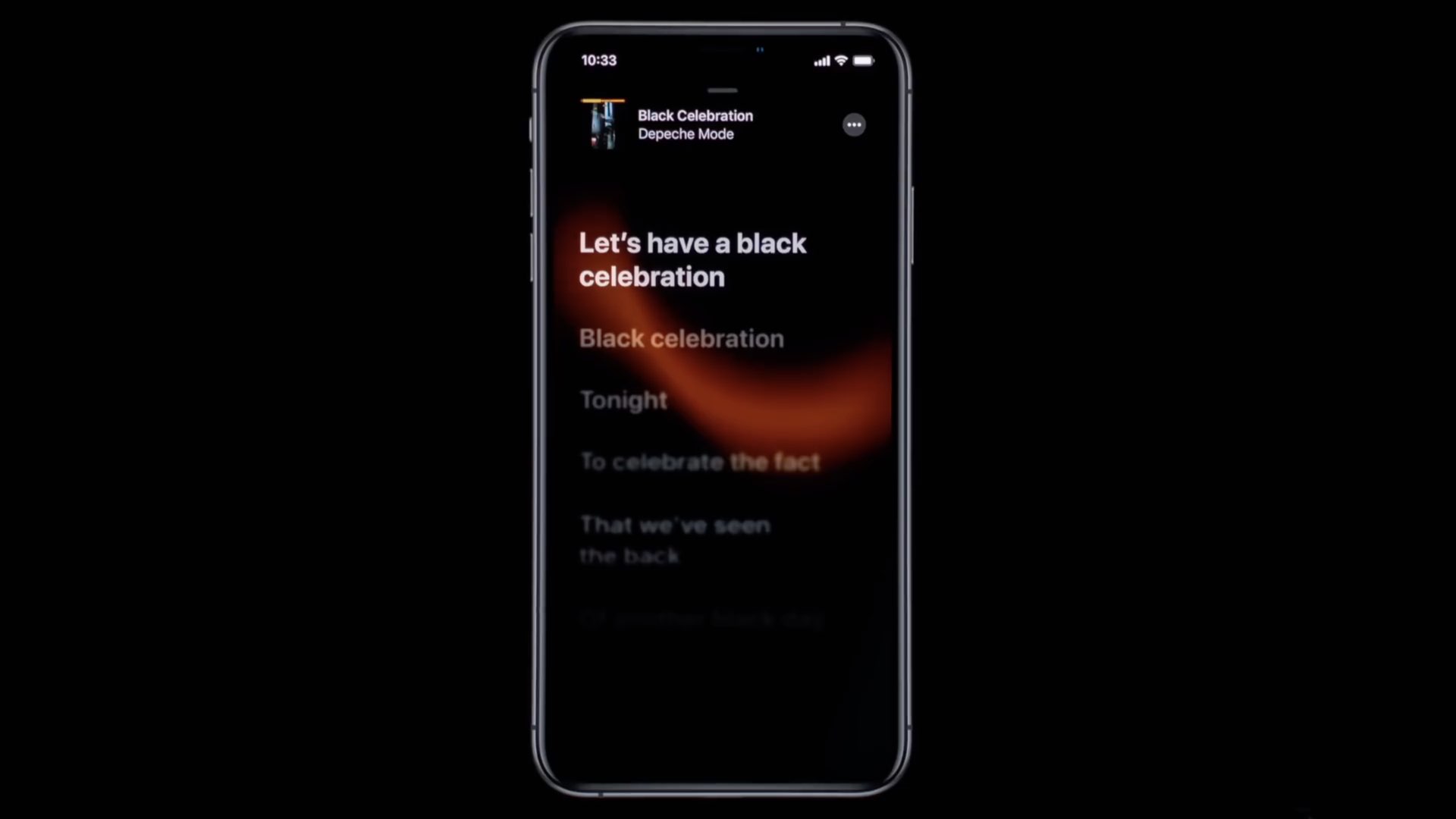 According to a June 2019 report in The Times newspaper in London:

A particularly ambitious under-the-radar project, meanwhile, is currently seeing Apple input song lyrics for every track on Apple Music and sync it so the lines will pop up with the music if you so choose, like karaoke. And it’s doing so itself, manually, rather than relying on an outside lyrics service such as Genius.

The report quotes Apple’s Eddy Cue as saying that “It just takes an inordinate amount of money to try to do this and to try to figure out how to do this the right way.”

He went on to explain why this is a surprisingly complex and expensive undertaking:

I honestly don’t know the exact number of people who are working on it. In our ideal world it would be zero because we’d get them all from the labels. But we discovered that it wasn’t going to work. In general it takes hundreds of people to do.

And you could call it an opportunity, a problem, however you want to phrase it, but it’s a never-ending thing. It does never end. But that’s what makes it awesome too. We have 50 million songs. So I’m not sure we’ll ever get done. If you ever have a job where the end date is infinity, that’s probably a good thing.

While the company focuses on the most popular tracks first, Cue says Apple’s teams will eventually add synced-up lyrics to every song that’s available on Apple Music.

TUTORIAL: How to get real-time song lyrics with Shazam and sing along

Have you used the live lyrics feature in the Music app yet?