Electra Team lead developer CoolStar took to Twitter late last night to announce that the Chimera jailbreak tool for iOS 12.0-12.4 had been updated to version 1.4.0.

It’s the first update to be released for the aging Chimera jailbreak since last September, and despite multiple teasers for Chimera13, an alleged iOS 13-supported version of the Electra Team’s jailbreak tool, CoolStar recently pulled the plug on plans to launch it. 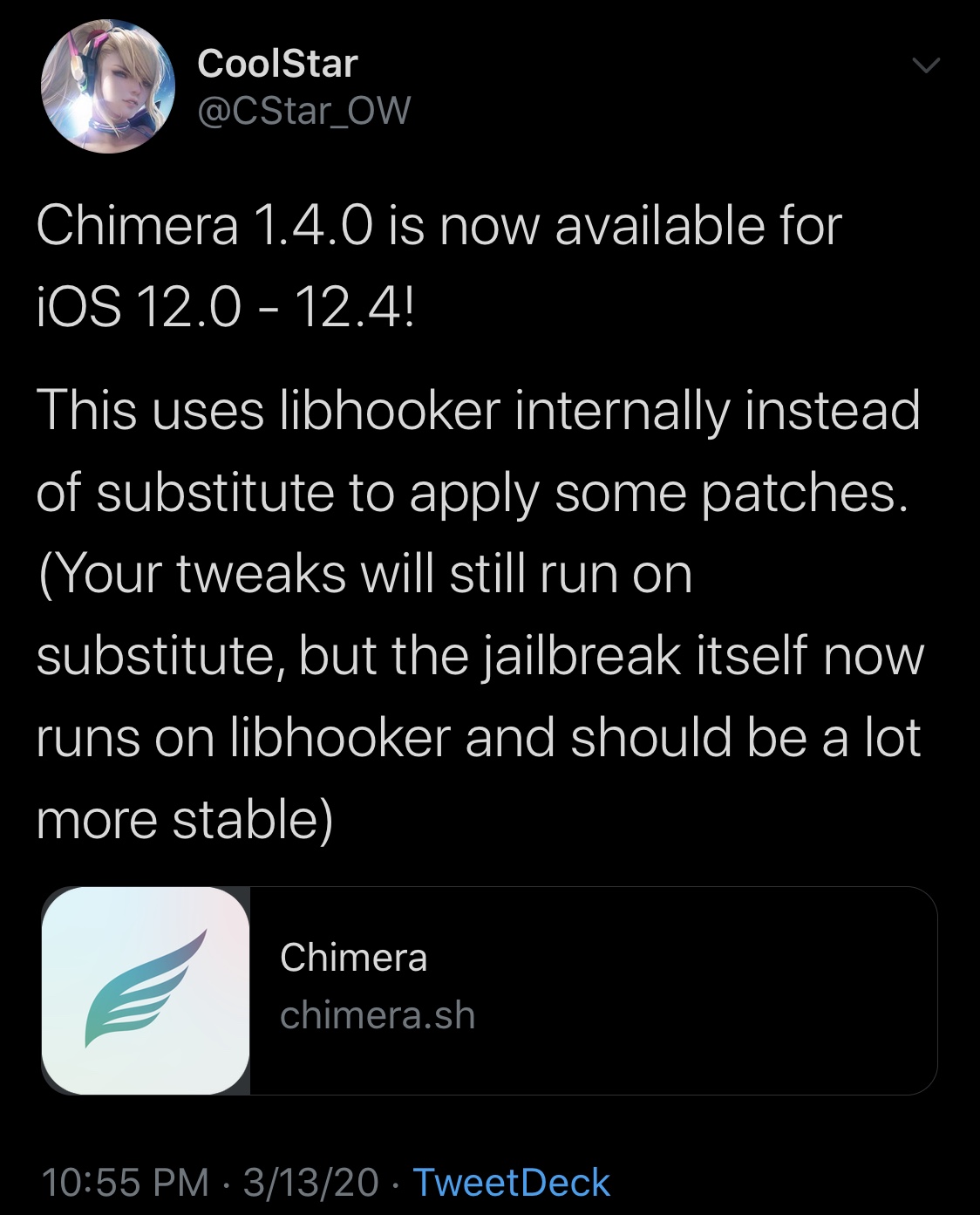 For what it’s worth, however, all installed jailbreak tweaks will still deploy with Substitute, and so the enhanced stability could be a moot point for those who use a plethora of extensions and tweaks.

If you’re using a previous version of the Chimera jailbreak, then you can download the latest version from the official Chimera website. If you need help jailbreaking with Chimera, then you should follow the steps in our detailed tutorial.

Have you downloaded Chimera v1.4.0 yet? If so, have you noticed any differences in stability? Discuss in the comments section below.