The Electra Team announced the launch of Chimera v1.3.9 via Twitter late last night, noting that it touts a more robust version of the Sock Puppet 3 exploit: 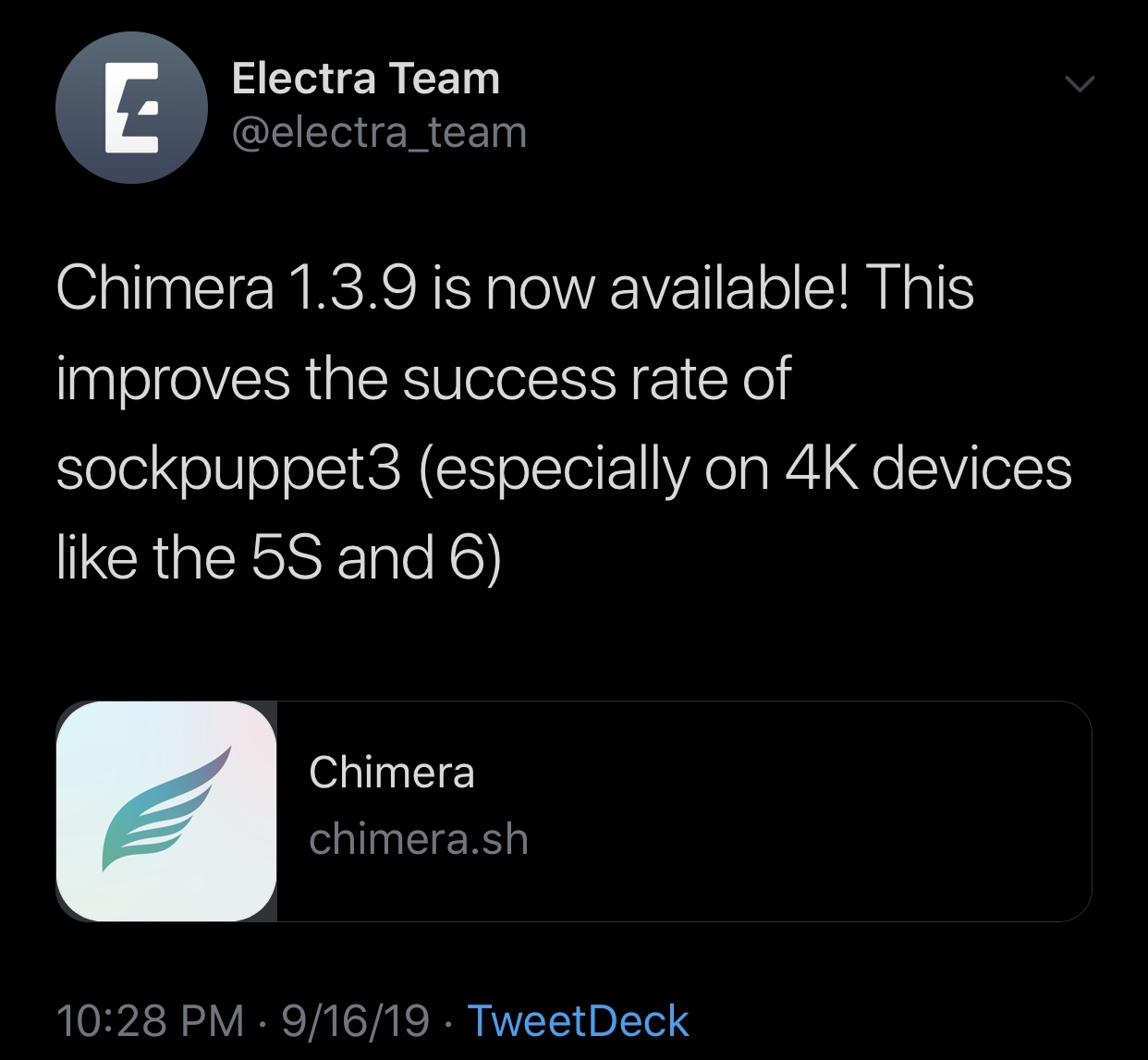 The reliability improvements come by way of 4K devices, such as the iPhone 5s and iPhone 6. This means anyone using these devices and jailbreaking with Chimera should see an enhanced exploit success rate when compared with the previous version of the tool.

It’s worth noting that the unc0ver jailbreak by Pwn20wnd received a similar update just over a week ago that improved exploit reliability on older handsets, which means both tools are nearly up to speed with one another in terms of exploit performance.

If you’d like to download the latest version of the Chimera jailbreak tool, then you can do so from the Electra Team’s official Chimera website. You can also take advantage of our step-by-step tutorial to ensure that you don’t experience any hiccups while attempting to liberate your device.

Do you still use one of the older 4K devices that this update aims to improve the jailbreak experience of? Let us know in the comments section below.