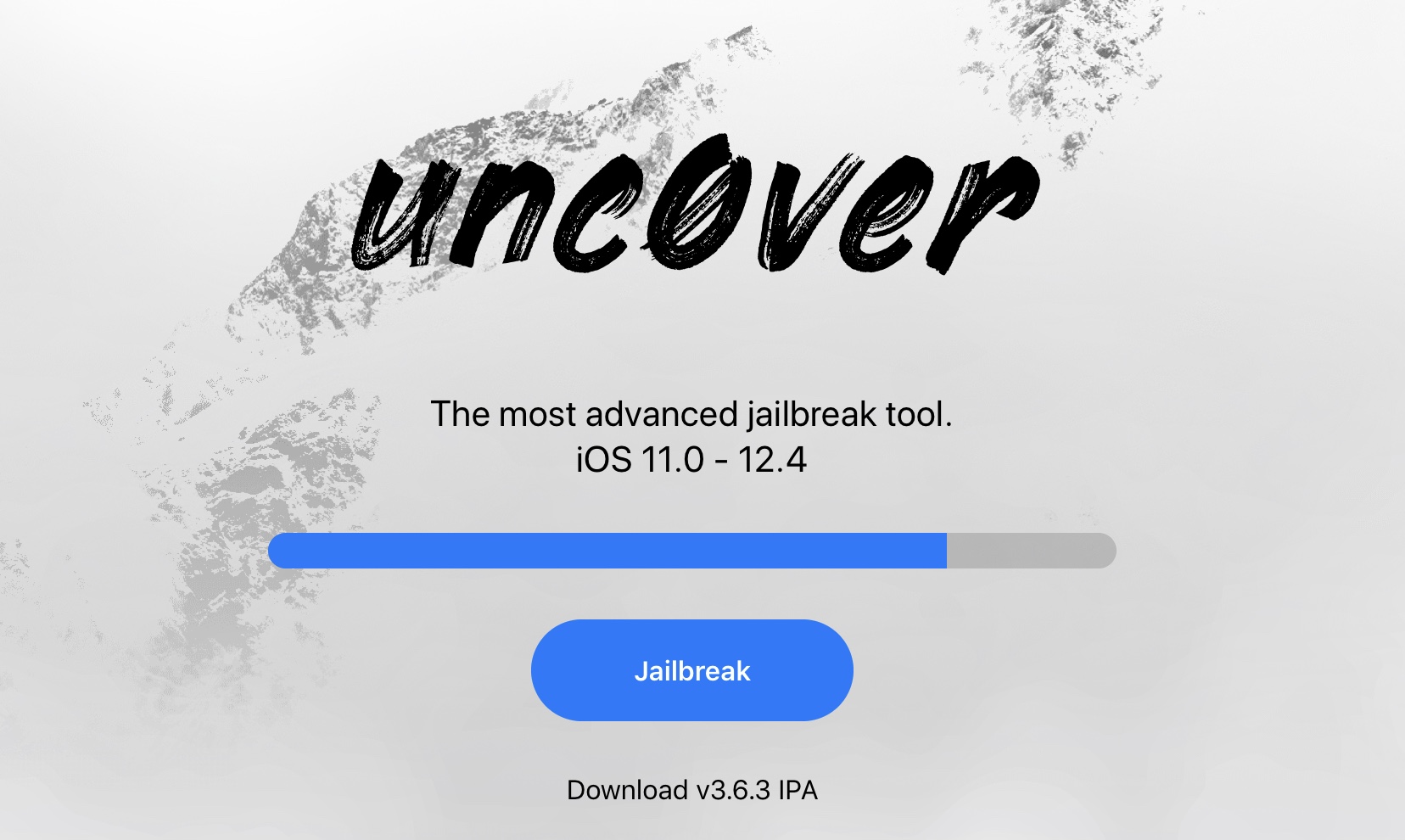 It’s been less than 24 hours since hacker and unc0ver lead developer Pwn20wnd dropped the largest stability and reliability update for the iOS 11 & 12-centric unc0ver jailbreak tool to date, but that hasn’t stopped him from updating the tool some more with additional improvements.

Just this afternoon, Pwn20wnd shared a series of Tweets denoting that unc0ver versions 3.6.2 and 3.6.3 had been released: 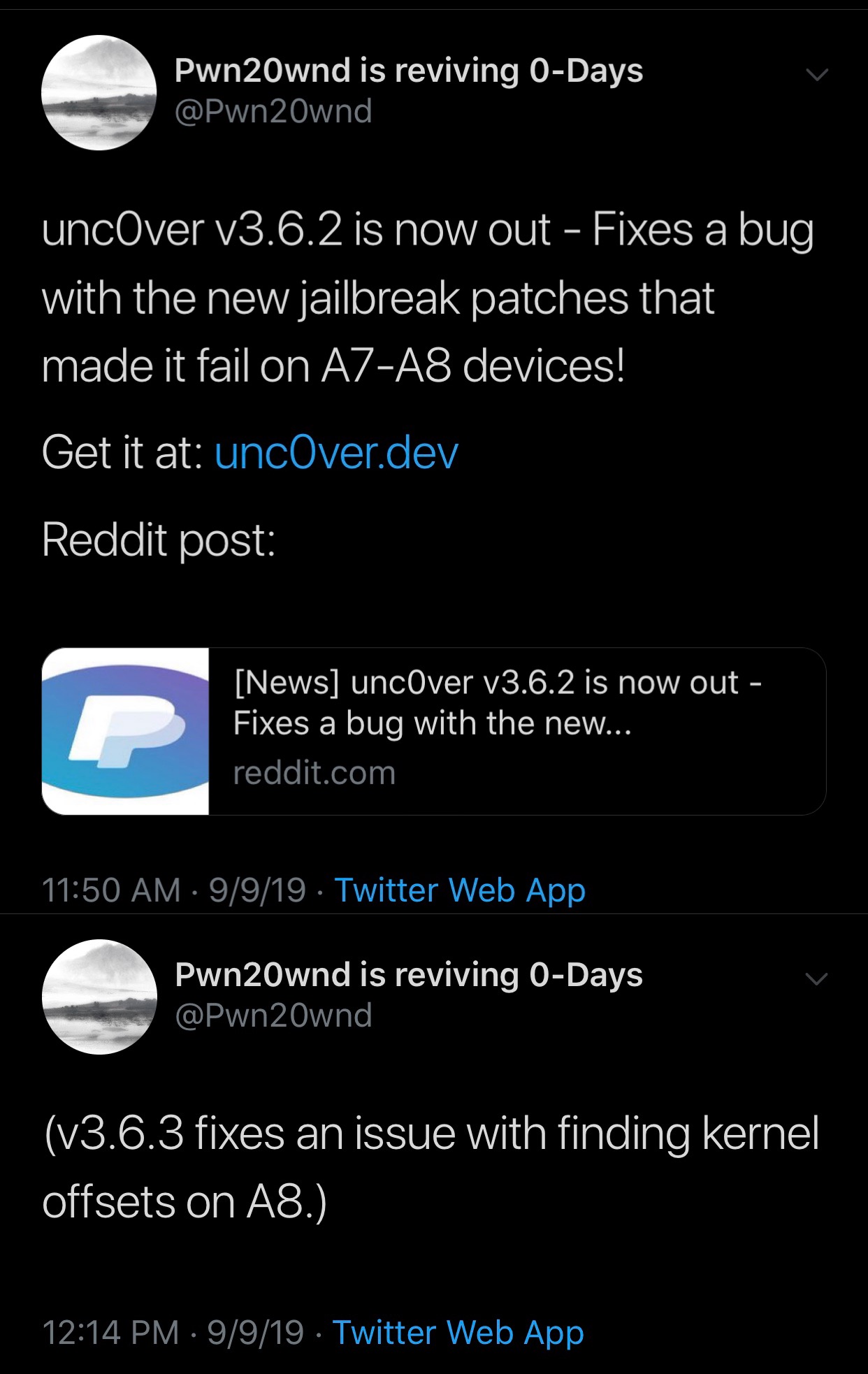 From what we can gather, unc0ver v3.6.2 resolves a bug with all the new jailbreak patches that would inevitably cause it to fail on A7-A8 devices. Unc0ver v3.6.3 was released shortly after to resolve an issue with finding kernel offsets on A8 devices.

If you’re using any of the listed device types above, then this update is strongly recommended. Like with previous versions of unc0ver, it can be downloaded from the unc0ver.dev website or from Pwn20wnd’s official GitHub repository.

If you haven’t jailbroken a device with unc0ver before, then you can follow the steps outlined in our step-by-step tutorial to help you through the process.

Have the latest versions of unc0ver resolved any issues you were having with the jailbreak tool? Let us know in the comments section below.