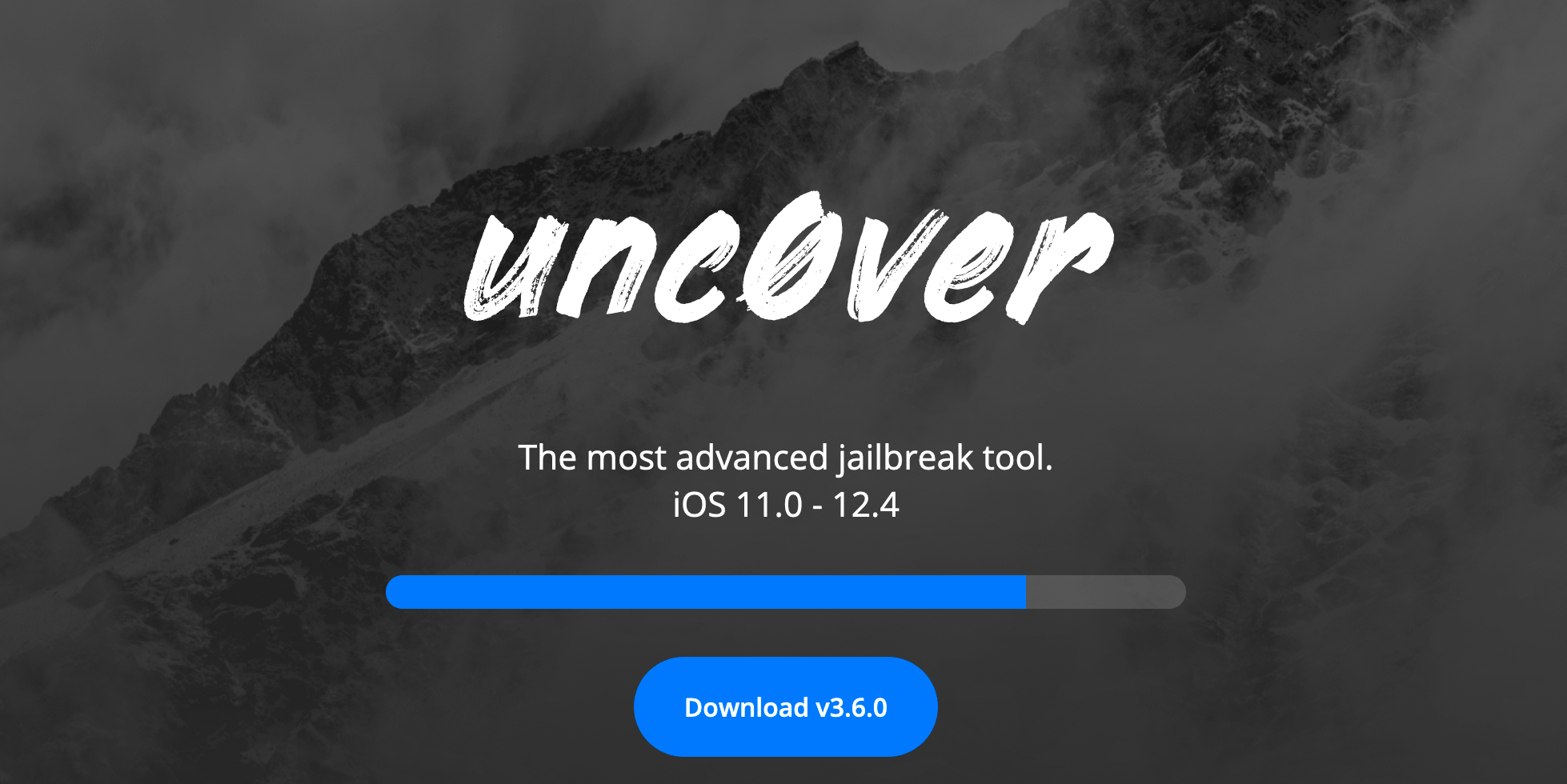 If you’re currently taking advantage of Pwn20wnd’s unc0ver jailbreak tool on iOS 11 or 12, then we have some wonderful news for you! Unc0ver v3.6.0 is now available to download, and according to Pwn20wnd, this is the biggest stability and reliability update ever released for this particular jailbreak tool.

Pwn20wnd announced the update just a few minutes ago via Twitter while linking to the brand-new unc0ver.dev webpage where future iterations of the jailbreak tool will be hosted from now on: 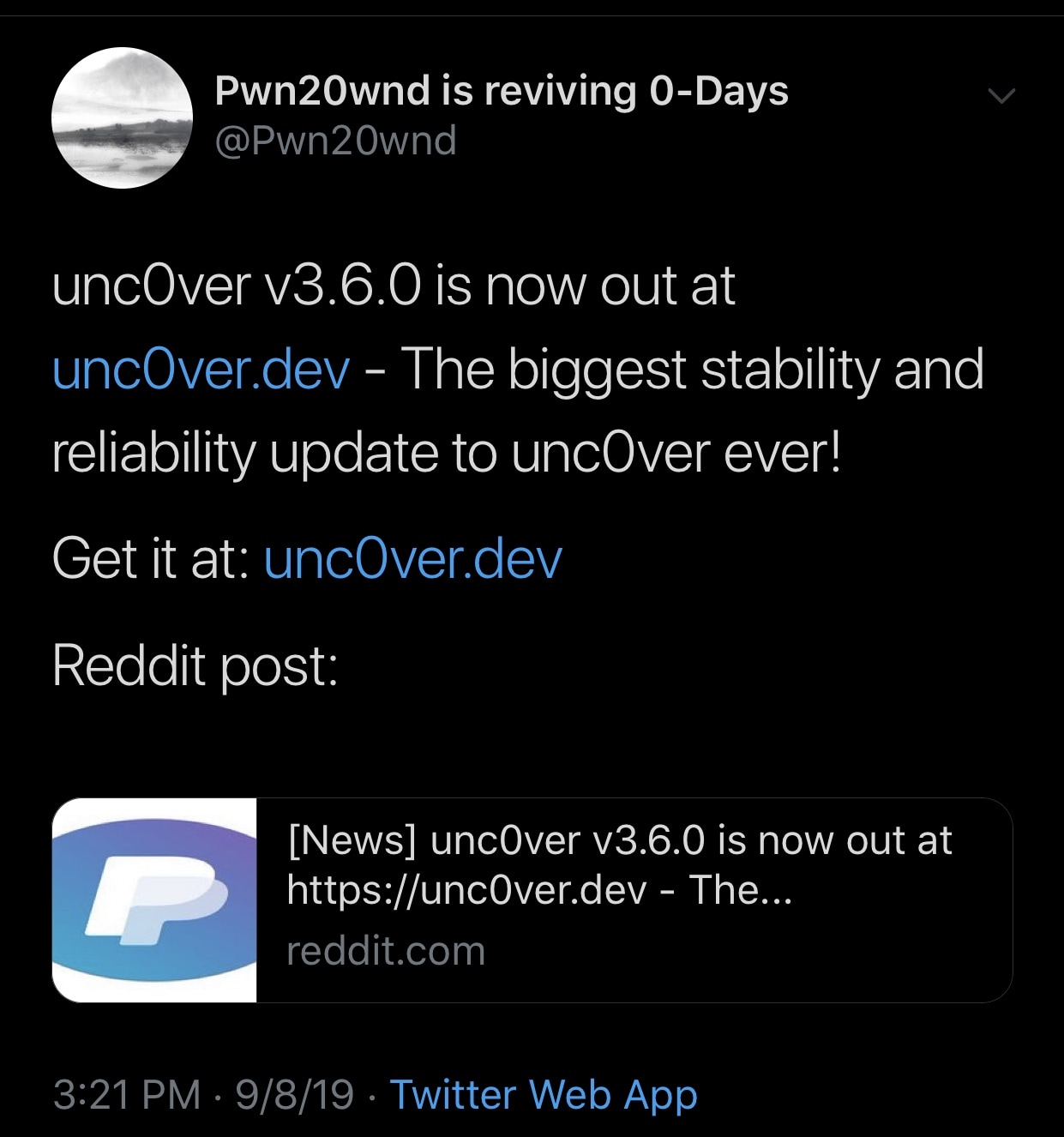 As for what’s new in this update, the official change log cites the following changes:

– Completely redesign and rewrite all jailbreak patches from scratch

– Add the Sock Port 3.0 exploit for improved reliability on iOS 12.4 and devices with low RAM

– Make it possible to jailbreak with corrupted SystemVersion.plist on iOS 12.4

– Switch to a new technique for setting the system boot nonce generator that works on all arm64e devices running iOS12.0-12.4 (Thanks to @0x7ff for the idea)

– Fix a bug with the initial Cydia installation getting stuck sometimes

– Internally prepare Cydia and its resources for full-fledged arm64e support

As you might’ve noticed, this is no tiny update. It’s been a while since the last time Pwn20wnd updated the unc0ver jailbreak, and it’s easy to see why that was the case. In this long list of changes, we can see several improvements from rewritten jailbreak patches, increased system stability, integration with @umanghere’s Sock Puppet 3.0 exploit, and prepare the system for upcoming Substitute support on A12(X) and other devices.

If you, like many others, have noticed a large number of updates to Cydia Installer and/or its many dependencies in the past several days, then the change log above should provide some helpful insight as to why. Cydia and its many resources appear to be getting prepared for A12(X) devices, and this is great news because Pwn20wnd’s Substitute integration should be just around the corner.

As always, we recommend that all unc0ver users install this update at their earliest convenience. It’s available as a free download from Pwn20wnd’s brand-new unc0ver.dev website, as well as from Pwn20wnd’s official GitHub repository. If you’ve never jailbroken with unc0ver before, then you can also take advantage of our step-by-step tutorial to walk you through the entire process.

Have you used unc0ver v3.6.0 yet? Let us know how its newfangled stability improvements feel in the comments section below.